Via John Lott and Bob Owens:

UPDATE: Epix said it did not pull the Fake Documentary but :

“As of today, the doc moves out of the premium window – off of EPIX – and into a transactional and [electronic sell-through] window. This is part of the original agreement struck when we acquired the doc,”

Sort of sending the pregnant unmarried child to live with the far-away relatives. Does anybody else detect high concentration of Bovine Manure? You cannot link from that page straight to the PPV? And the choice of wording?

Sound like somebody got countermanded by the Legal Department.

Gun Control That Actually Works but does not.

FOR more than 80 years, the United States has enforced a tough and effective gun control law that most Americans have never heard of. It’s a 1934 measure called the National Firearms Act, and it stands as a stark rebuke to the most sacred precepts of the gun lobby and provides a model we should build on.
Leaders of the National Rifle Association rarely talk about the firearms act, and that’s probably because it imposes precisely the kinds of practical — and constitutional — limits on gun ownership, such as registration and background checks, that the N.R.A. regularly insists will lead to the demise of the Second Amendment.

No doubt NFA covers most if not all the goodies the Opposition wants. O course the author has no idea about how many unregistered machine guns, dating back to WWI are out there or that the greatest abuses of power by the ATF during the 90s were targeted against those with registered NFA weapons or “suspected” to be violating NFA rules and ended up with the BBQ over at the Branch Davidians in Waco.

N.F.A.-classified weapons do show up at crime scenes. But nearly all of them were unregistered, so the simple act of possession was a crime.

It seems that the author’s cognitive dissonance kicked to high gear: NFA rules are the solution to the Gun Crime yet crimes under NFA rules still happen. Unregistered guns also have laws such as possession of any firearm by a felon, yet is still being broken. So is homicide, assault with a deadly weapon, etc.

And do not get me started with the NFA records itself with missing or destroyed entries making it unreliable at best.

I am sure there are plenty more reason to avoid NFA Rules and the readers with experience in this matters are invited to illustrate us in thge comments.

This is how you get cattle cars going East.

I hope you are not the only one in this country that has not heard about the incident with gorilla and the four-yer-old boy at the Cincinnati zoo.  This conversation appeared in my Facebook timeline: 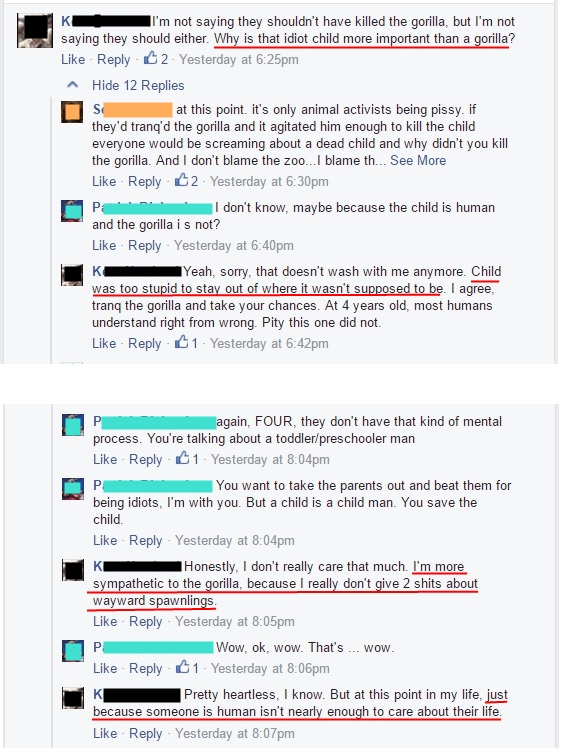 I consider myself a pretty callous individual when adults make stupid and preventable mistakes. But to be this heartless about a four-yer-old boy? You have to be some ruthless Mike Foxtrot.

The Dremel Files: Just Say No…. 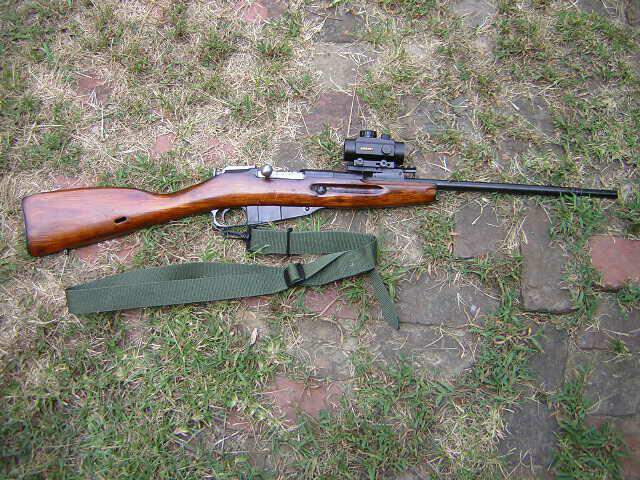 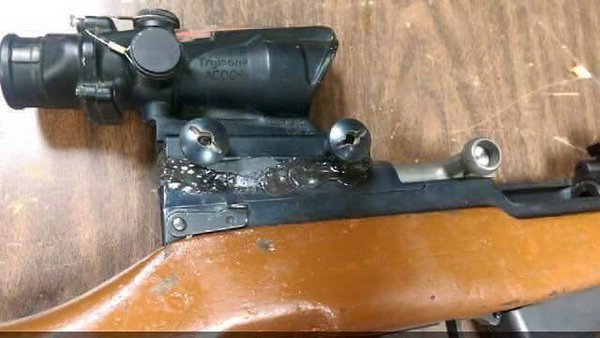 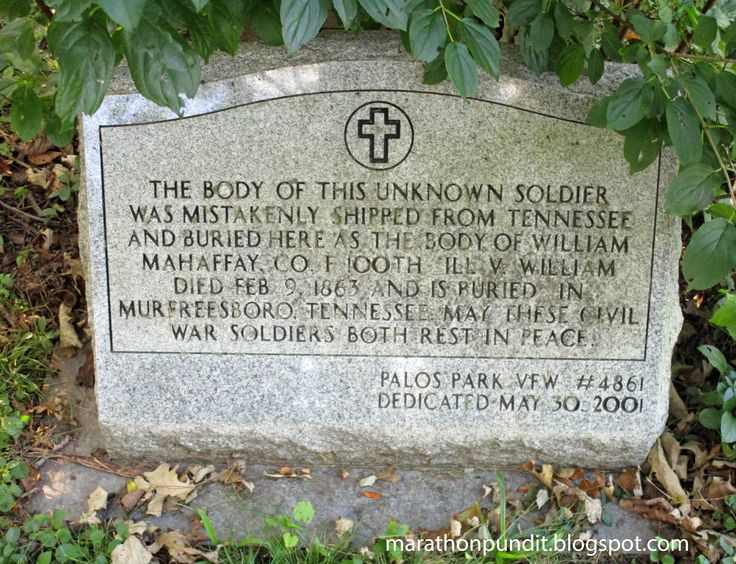 I am back to active blogging.  I sat Shiva for my father and took 8 days off.  Thank you very much for all the support and positive comments on my last post.  It really meant a lot.

Now to my griping.

I caught an article over at the New Yorker Magazine titled THE BIG UNEASY What’s roiling the liberal-arts campus? about the goings on on Oberlin and other college campuses.

About halfway down the article the president of Oberlin, Marvin Krislov, was interviewed and said: “I don’t know if it’s related to the way we parent, I don’t know if it’s related to the media or the pervasive role of technology—I’m sure there are a lot of different factors—but what I can tell you is that every campus I know is investing more resources in mental health.  Students are coming to campuses today with mental-health challenges that in some instances have been diagnosed and in some instances have not. Maybe, in previous eras, those students would not have been coming to college.”

I would have to agree with President Krislov, it has to do with the way these kids were parented which caused these kids to have a mental illness.  It’s called extreme liberalism.

The article features an interview with Oberlin dropout Cyrus Eosphoros.  Eosphoros caught the attention of the author for leading a demand for a trigger warning on the tragedy Antigone.

Eosphoros dropped out of Oberlin because the school was just too racist and oppressive for him to handle.

“There’s this persistent, low-grade dehumanization from everyone,” he said. “Somebody will be, like, ‘Yeah, I had a class with a really great professor, and it was wonderful,’ and I’ll be sitting there, like, ‘Oh, yes, that was the professor who failed me for getting tuberculosis,’ or ‘That was the professor who, because I have double time on exams, scheduled them during lunch.’”

The author postulates “some would call such students oversensitive.”  No. Shit.

I highly doubt that Eosphoros was flunked out for getting tuberculosis.  No professor would every say “I’m flunking you because you got sick.”  Ever.  Eosphoros most likely flunked because he missed too many days of class because he got sick.  Here’s the thing.  Oberlin has a medical leave of absence available for students who have to take off due to sickness.   Eosphoros probably didn’t fill out the right paperwork and just stopped showing up.  That’s not the professors fault.

How about double time?  Well as someone who has taught classes in a university, the professor probably has limited time to proctor the exam.  You can’t really give up office hours that other students need access to.  The other times of the day are booked for class.  So a lunch hour is the most convenient time.  Too bad Eosphoros can’t appreciate the extent to which the professor went to accommodate his special needs.

If it was just one student, that would be one thing.  But it’s not just Eosphoros, it is the student body.

Robert Bonfiglio, the chair of the Student Union Board said about the student body “People are so amazed that other people could have a different opinion from them that they don’t want to hear it.”

Jasmine Adams, a senior and a member of the black-student union, said: “I literally am so tired of learning about Marx, when he did not include race in his discussion of the market!”

Wow.  I am almost at a loss for words.  For this kid, simply being indoctrinated as a Marxist-Communist isn’t enough.  That’s passe at this point.  She needs her anti-capitalism flavored with some good ol’ fashioned race hate and bigotry.

“As a person who plans on returning to my community, I don’t want to assimilate into middle-class values. I’m going home, back to the ’hood of Chicago, to be exactly who I was before I came to Oberlin.”

More than thirteen hundred students signed a petition calling for the college to eliminate any grade lower than a C for the semester, but to no avail. “Students felt really unsupported in their endeavors to engage with the world outside Oberlin.”

These kids sent a petition to the President of Oberlin demanding stipends for protesting and credit for social activism.  They claim that their activism is interfering with their schooling and they needs to have their grades fixed to accommodate their busy social justice work.

Let me address these student’s concerns:

As students, it is true that you are the customers of the school.  But allow me to clarify what it is that your tuition pays for.  It is not for grades.  It is not for a degree.  It is for the services of the professors to teach you the fundamental skills various accreditation boards have decided you need to know to obtain your desired degree.  You have to put in the effort to learn what you are paying for us to teach you.  Just because you spent nigh on $50,ooo per year doesn’t mean that you deserve a good grade.  If you didn’t hold up your end of the bargain, to try and learn from those who are teaching, you don’t deserve anything but to fail.  Protesting and activism is not why you are in school.  If your focus is not on your education, you are wasting your money and your professors’ time.

There is something seriously wrong with these kids.  They are broken and they system that made them is broken too.  I just hope that education survives this SJW movement.

(CNN)New Orleans Pelicans player Bryce Dejean-Jones was shot to death early Saturday in Dallas, with his agent saying it happened because the player mistakenly entered the wrong apartment.

A Dallas resident told police he heard someone enter his apartment by kicking open the front door, police spokesman DeMarquis Black said in a statement. The resident said “he called out to the individual, but was not answered,” and when the resident’s bedroom door was kicked open, the resident fired his gun, police said.Dejean-Jones collapsed in the breezeway, police said. He was transported to a local hospital, where he died from his injuries, Black said.

It was just a mistake. Hell I don’t use the keys to in my house, I just use a battering ram to open the door.

Police had no immediate response to Nichols’ comments.
“There is no information that suggests the deceased Bryce Dejean-Jones knew the apartment resident, or was armed as he entered the apartment,” Black said.

The basketball player’s agent, Scott Nichols, said Dejean-Jones was in Dallas to visit his girlfriend for his daughter’s first birthday.

Oh bullshit. You don’t go to anybody’s place, specially a kid’s birthday and kick a door down to get in at 3:20 am. As a friend in FB said and I agree, it would have been a much sadder story if he had found the apartment he was looking or.
Hat tip to Tommy Ch.