But without script or the good acting.  And, of course, it is a Woke show. 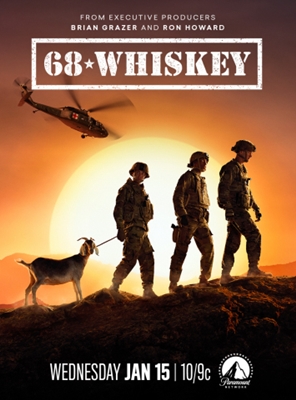 This is not a Hospital Unit but a cluster fuck of people with gambling issues, con men, sex fiends and drug dealers… and that is just the American side. Are the Taliban the bad guys? Nope, Blackwater-type Contractors are the black hats here.   And of course, there is no new TV show unless we have our sad immigrant story who is about to be kicked out of the army because her DACA status expired. if 2019 was the year of dropping the Jews and raising the Muslim as the substitute, 2020 seems to be the year of the Illegal Hispanic Alien and screw those of us who did it the legal way. Hell, there is even a full remake of Party of Five based on the fact the parents were illegals and got deported leaving the poor children (born in the US, I presume) to fend off for themselves while waving an angry fist at Orange Man Bad.

I am going to admit I was not expecting much from the series once they started to push it as the 21st century MASH (always a bad sign when the show requires buttressing from an old favorite) and the producer of Yellowstone (Amazing show and again proof of buttressing having to mention it.) And also because I was lucky to catch a six-part series called Inside Combat Rescue from NatGeo who showed a bit of the harsh reality rescuers and hospital personnel face.

This year will suck for new TV shows. I am just waiting for Narcos Mexico Season 2 to come on (Feb 13 IRRC) to renew my Netflix and binge accordingly.