A tale of two countries

I know I have been really harping on the Ilhan Omar issue for the last few days.

If you couldn’t tell, it really got under my skin.

I was going to let it go, then I saw something in the news over the weekend that inspired me to do one one post.

When Jim Clyburn defended Ilhan Omar, he did so invoking the fact that she was a refugee from Somalia who spent time in a refugee camp in Kenya.

The proper response to that is “so the hell what?”  What does that have to do with the Jews or Israel?

Neither was responsible for the refugee crisis in Somalia.  The countries are 2,000 miles away from each other, on different continents.  Why should her being a refugee from Somalia cause her to have bad feelings for the Jews?

Of course, we’ve been told, that acknowledging the antisemitism inherent in Islam is Islamophobic.  So what else could it be?

Then I saw this: 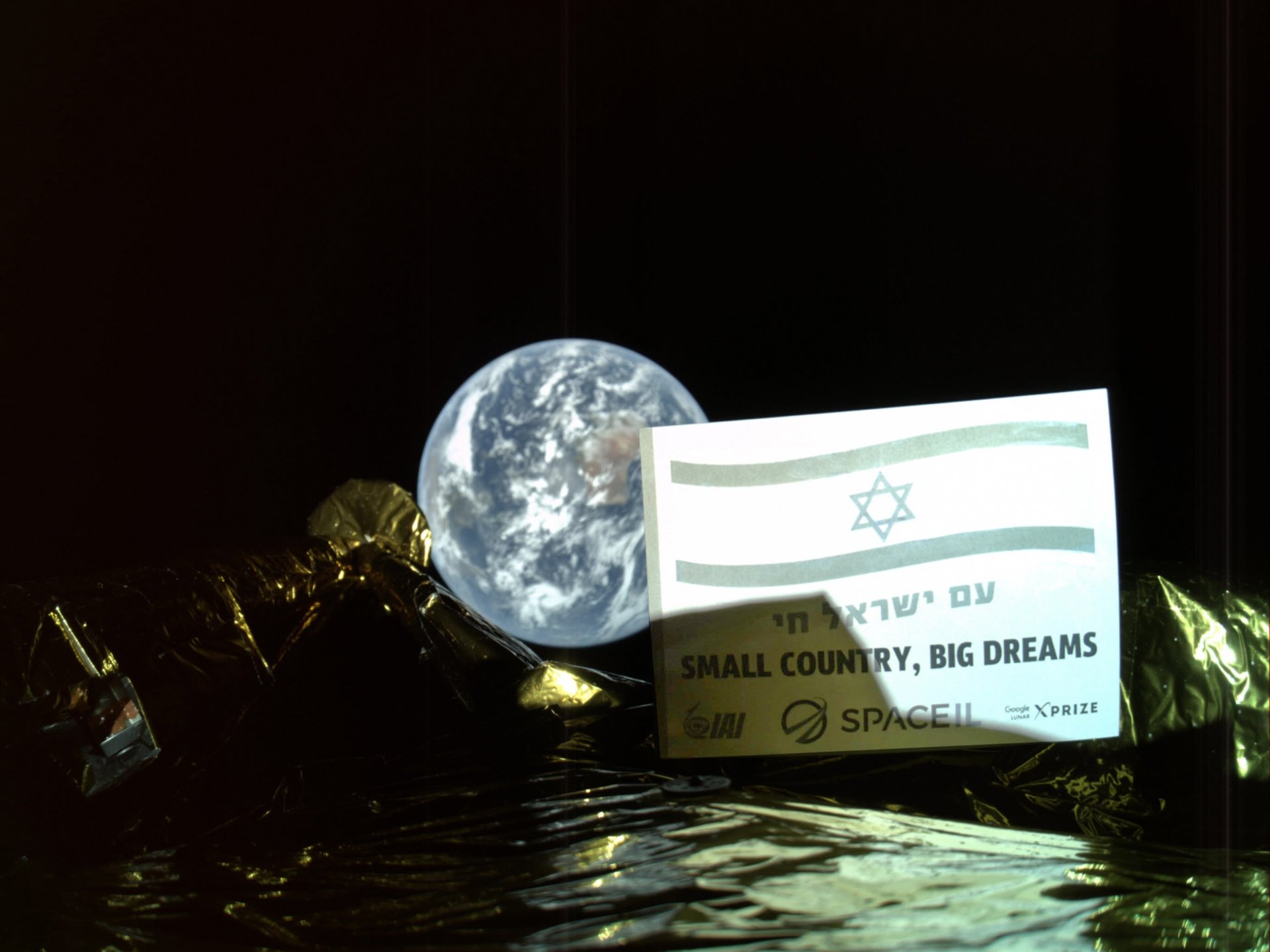 Two weeks after SpaceX launched the first private lunar lander toward the moon, the Israeli spacecraft sent back a stunning selfie of itself with Earth in the background (above).

The dishwasher-sized robot is a four-legged lander called Beresheet, which is Hebrew for “in the beginning” — the first words of the Bible. The $100 million mission is headed by a nonprofit called SpaceIL, which is based out of Tel Aviv University and backed primarily by the South African billionaire Morris Kahn.

“I wanted to show that Israel — this little country with a population of about 6 or 8 million people — could actually do a job that was only done by three major powers in the world: Russia, China, and the United States,” Kahn told Business Insider before the launch. “Could Israel innovate and actually achieve this objective with a smaller budget, and being a smaller country, and without a big space industry backing it?”

My first thought was of Mel Brooks’ “Jews in Space.”

Then it hit me.

Israel, about the size of New Jersey, just launched a lunar lander.  Israel has won 12 Noble Prizes, and 203 Noble Prize winners in all have been Jewish.

Somalia on the other hand, has double Israel’s population but has a GDP of only $7.3 Billion, per capita GDP of $500, and a life expectancy of 56 years.

There are no Somali Nobel Prize winners.

Somalia has been hit by its second famine in six years, and half the country is reliant on UN aid.

Israel ha been hit by the same drought, but has one of the world’s most effective desalinization programs so doing fine.  No famines there.

Somalia is such an impoverished nation that piracy is a substantial part of its economy.

The situation is so bad, this is the headline of a Telegraph article.

Hunger, disease and violence: Is Somalia the worst place in the world to be a child?

So, if you are from Somalia and have the economic zero-sum mindset of a socialist, and you have been taught by your religion that your god has cursed the Jews for their unbelief, and you see the conditions in Somalia and the conditions in Israel, the only conclusion that you can come to – that doesn’t involve tectonic critical introspection – is the Jews must have stolen everything from Somalia.

If you look across the Middle East, this is a common attitude.

Much of the Islamic world is destitute.  In the countries with oil, only the royal families and those well connected to them are rich.  The rest of the people are on the verge of starvation.  There is virtually no Islamic middle class in the Muslim world.

Rather than accept that they are poor because their own governments oppress them and the political elite pocket the nation’s natural resources for themselves, they are told that the Israelis stole it or that the Americans stole it and gave it to Israel.

This is why Ilhan Omar is not sorry for what she said, and will continue to say the things that she does.  She honestly and fervently believes that the wealthy got their by stealing from everyone else and that Israel’s disproportionate wealth in the Middle East (despite not being a major oil state) is stolen from the Muslim world.

And as long as she, and most of the Muslim world continues to think like this, they will never launch lunar landers and will suffer famines when there is a hiccup in the rain.

3 thoughts on “A tale of two countries”