People are protesting in Hong Kong, and the Chinese government replied with a propaganda video reminding the protesters that the Chinese military could come in and kill them all.

London had had to put up signs telling people what to do in case of an acid attack and not to shit on the streets.

Sweden is having a problem with migrants feuding with hand grenades.

Women in Venezuela are being targeted for human trafficking because of the economic collapse in that country.

Christians are being persecuted at genocidal levels in Muslim countries around the world.

But Amnesty International wants to remind the world that it is the United States that is a piece of shit. 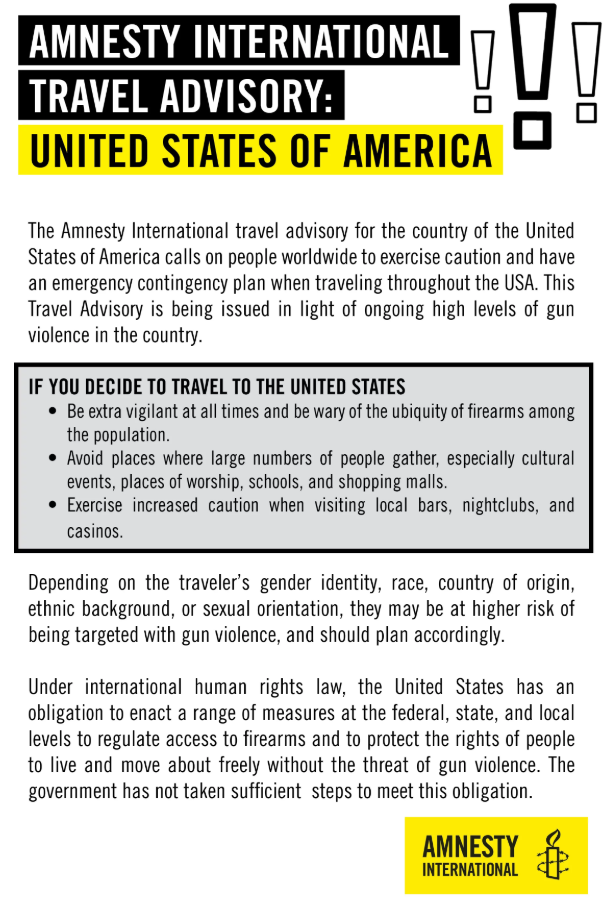 The action called attention to the extent to which all aspects of life in the United States have been compromised in some way by unfettered access to guns, without comprehensive and uniform regulation of their acquisition and use. By prioritizing gun ownership over basic human rights, the U.S. government is willfully and systematically failing on multiple levels and ignoring its international obligations to protect people’s rights and safety.

I wonder how Boer farmers in South Africa or Christians in Nigeria would feel about having gun rights?

I wonder how Germans who just watched a Syrian refugee hack a man to death in the street with a sword would feel about gun rights?

I wonder how the Venezuelan people felt about gun rights when they were being run over by government forces in armored cars for protesting?

None of these countries have guaranteed the protection of their citizens from rape, murder, and sexual slavery.