And the Space Race heads for the memory hole

They decided to do a story on one of the major figures of the Space Race and Apollo missions, Wernher von Braun.

It went to hell in a woke basket. 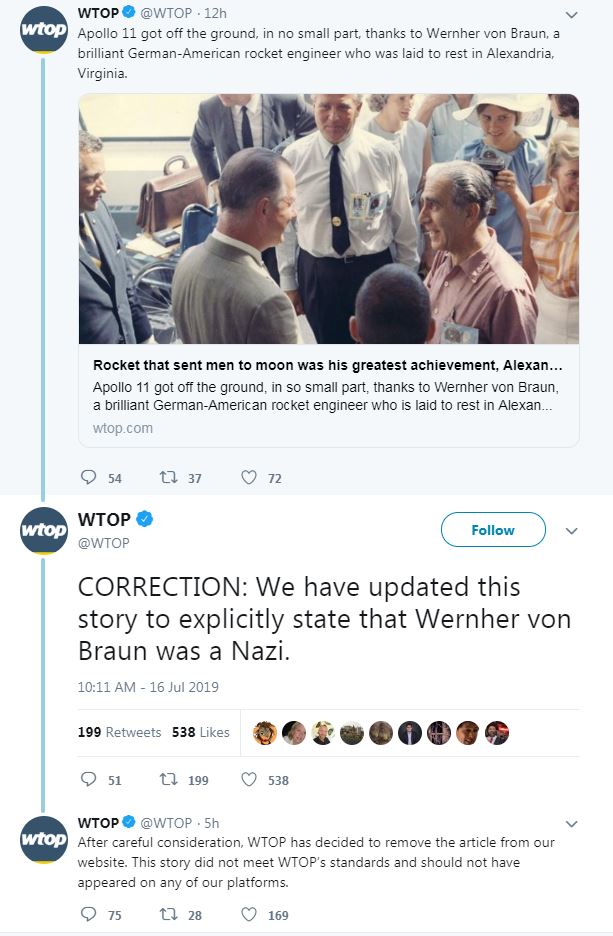 I think it is a time for a little bit of history from MIT and UC Santa Cruz professor,  Tom Lehrer.

Von Braun was the director of Marshall Space Flight Center, which is practically my back yard, and is also the namesake of the convention center in Huntsville.

Since we most likely not made it to space without von Braun, and defiantly not beaten to Soviets to the moon if they got him, much of our accomplishments in the space race relied on a surrendered ex-Nazi who handed over all of his research to the US in Operation Paperclip.

But woke being woke, America’s space program is fruit of the poisions Nazi tree.

I’m glad I will get to experience the 50th anniversary of the Moon landing this year because by the 60th anniversary, the space race is going to be memory holed and any mention of the early days of NASA will be decried as racist as the Betsy Ross flag.