Another study proving no relation between guns versus homicides and suicides. 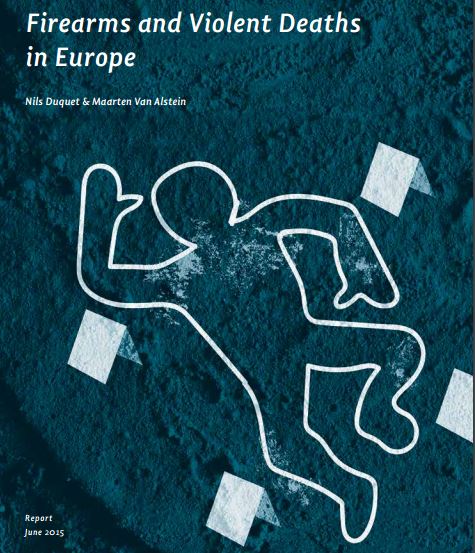 Source: 6,700 deaths by firearms in the EU each year | Flemish Peace Institute

This time is Europe. The Flemish Peace Institute published this study and from what I could gather, they checked from 2015 to 2012 where data was available. I need more time to read it with calm, but it is interesting to see that even in Europe the conclusions are the same as on this side of the pond.

It is also interesting to see who made the study:

In 2004, the Flemish Peace Institute was established as a paraparliamentary organisation within the Flemish Parliament. On the initiative of the members of the Sub-commission on Arms Trade, the decree establishing the Flemish Institute for Peace and Prevention of Violence was adopted with a large majority of votes by the plenary session of Parliament on 5 May 2004.

When I read the sentence in bold, my brain did an instant kick and the card file popped our friends at the Small Arms Survey  which pretty much hates guns and specially the USA for having so many guns. Lo and behold after a quick search, I find out that they are related in their work. That makes this report even more outstanding and damaging to the Global Gun Control crusade.

One other thing I noticed is that the researchers were upset about a centralized gun registry at an European level. In 2014 there was an agreement to consolidate Gun Registry data in Brussels, but so far it has not been achieved and by the looks, it is dragging. This might be the main reason (besides countries like Finland giving them the middle digit) why the latest round of Gun Control has not advanced as the European version of the Usual Suspects wanted.

4 thoughts on “Another study proving no relation between guns versus homicides and suicides.”