This is practically murder:

The man and woman were in bed, apparently asleep.  They were woken up by the police loudspeaker.

The cops tossed a robot into their home, which must hast been transmitting video to the police from inside the house.

The police should have seen that he just got out of bed and that he was holding the robot when they shot him in the front door of the residence.

He was a man woken up by a ruckus.

Now let’s see what the police had to say about the shooting. 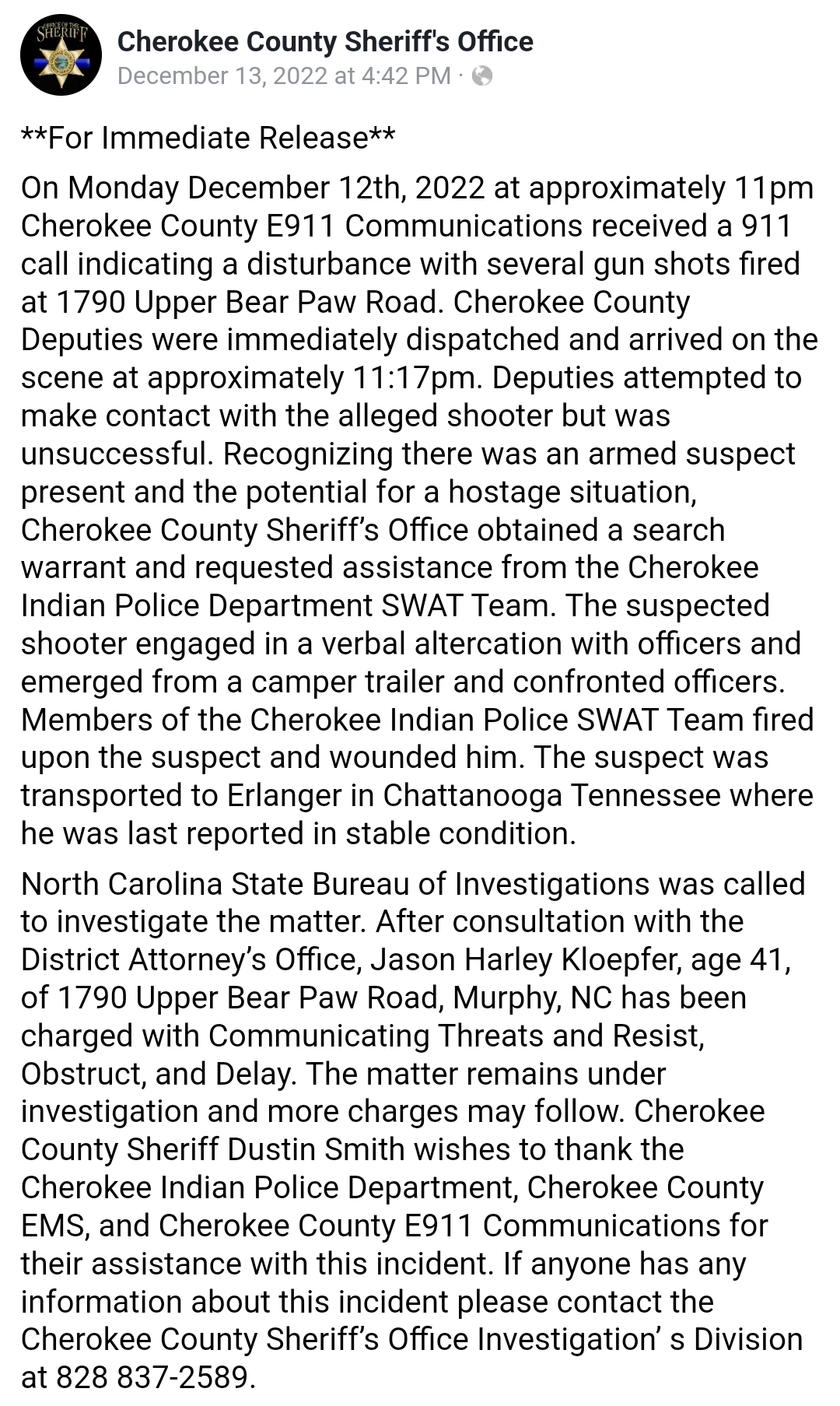 They had the robot in the residence.

They could have seen there was no hostage situation and that the man was asleep.

What is the point of the robot?

Oh yeah, it was a toy to buy and not a tool to use, I forgot.

And you can see there was no verbal altercation.

This is what the media reported:

A man from Murphy, North Carolina is now recovering in a Chattanooga hospital after SWAT team members were forced to shoot him after he confronted officers, according to the Cherokee County Sheriff’s Office.

The man, later identified as 41-year-old Jason Harley Kloepfer, ‘engaged in a verbal altercation with officers and emerged from a camper trailer and confronted officers,’ the post says.

That’s when members of the Cherokee Indian Police SWAT team shot and wounded him.

He was taken to Erlanger hospital in Chattanooga, and at last word he was in stable condition.

The post says Kloepfer is charged with communicating threats and resist, obstruct, and delay, and that more charges may follow.

The cops tossed a robot into where he was sleeping, woke him up, them gunned him down.

Every one of them should be fired, then sued, then sent to prison.

I think at this point if you hear cops outside, don’t go outside.  Call 911 and find out what the fuck is going on first, because of you open your door they will blast you.

5 thoughts on “Attempted murder by cop whitewashed by press”