Semi-retired like Vito Corleone before the heart attack. Consiglieri to J.Kb and AWA. I lived in a Gun Control Paradise: It sucked and got people killed. I do believe that Freedom scares the political elites.
.......

“NOOOOO!! That is not how it is supposed to work!” 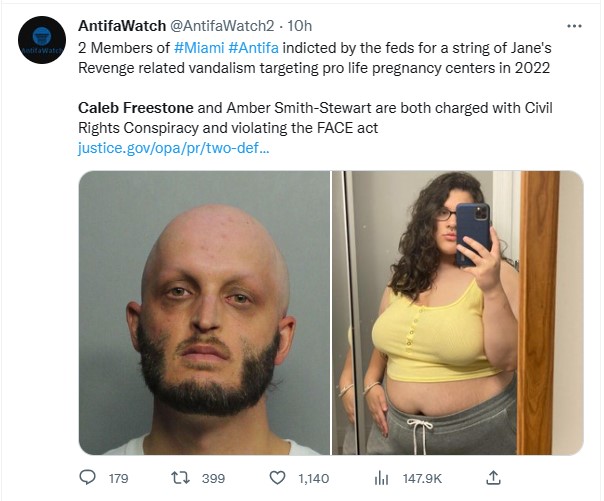 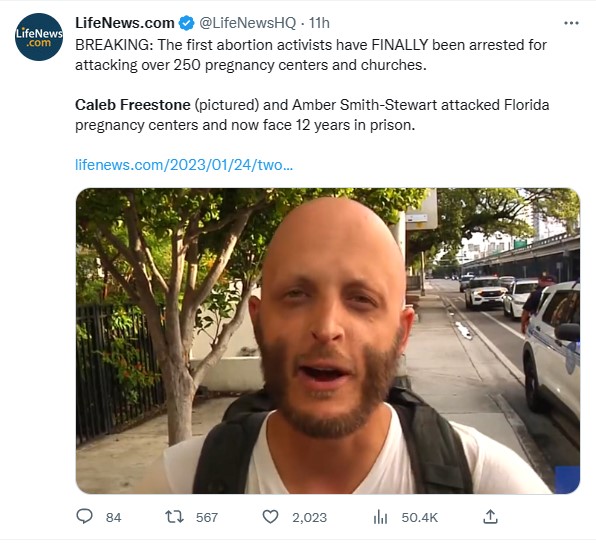 The FACE act was created in 1992 to be used as a tool against those protesting violently (mostly peaceful in today’s terms) against abortion clinics, but in order to make it palatable, I guess they used the all-encompassing term “reproductive health services.”

Nowadays we have clinics that also offer reproductive health services but without abortion in the menu and those have been the target of Antifa and other ultra-Left Wingers after SCOTUS reversed Roe v. Wade. Unfortunately, most attacks against these clinics have been ignored by the Feds till now.

Two Florida residents were indicted by a federal grand jury for spray-painting threats on reproductive health services facilities in the state.

The indictment, returned by a federal grand jury in the Middle District of Florida, alleges that Caleb Freestone, 27, and Amber Smith-Stewart, 23, engaged in a conspiracy to prevent employees of reproductive health services facilities from providing those services. According to the indictment, as part of the conspiracy, the defendants targeted pregnancy resource facilities and vandalized those facilities with spray-painted threats. According to the indictment, Freestone and Smith-Stewart, and other co-conspirators, are alleged to have spray painted threats, including “If abortions aren’t safe than niether [sic] are you,” “YOUR TIME IS UP!!,” “WE’RE COMING for U,” and “We are everywhere,” on a reproductive health services facility in Winter Haven, Florida. The indictment further alleges that facilities in Hollywood, Florida, and Hialeah, Florida, were also targeted.

If convicted of the offenses, Freestone and Smith-Stewart each face up to a maximum of 12 years in prison, three years of supervised release and fines of up to $350,000.

It overflows my cup of Schadenfreude to see the tools they created to fight one side, used against them. I am actually amazed that a Federal prosecutor had the testicular fortitude to go against the undeclared amnesty emanating from D.C.

Let’s see how far will it go.

The moment Antifa finds out the South ain’t Portland.

So Antifa got to do in Atlanta what usually does in the great Northwest thinking they would get the same results when the broke the law.

ATLANTA – Two of the six suspects arrested during a riot in downtown Atlanta Saturday evening have been granted bond Monday morning.

A Fulton County Court judge granted both 23-year-old Ivan Ferguson of Nevada and 20-year-old Graham Evatt of Decatur, Georgia bond of over $355,000.

All six of the men and women are each charged with four felonies and four misdemeanors including rioting, pedestrian in a roadway, willful obstruction of a law enforcement officer, and unlawful assembly.

I am unsure about Georgia law and arson being a forcible felony like in Florida or Tennessee where gives civilians the ability to use deadly force to stop it. But just in case, I would recommend stop burning stuff for shits, giggles and protests.

Oh yes, waving a hammer at somebody will get you shot in a hurry.

They are in the News Business, not in the Truth Business.

This was posted with the proper derision by a buddy in Facebook. 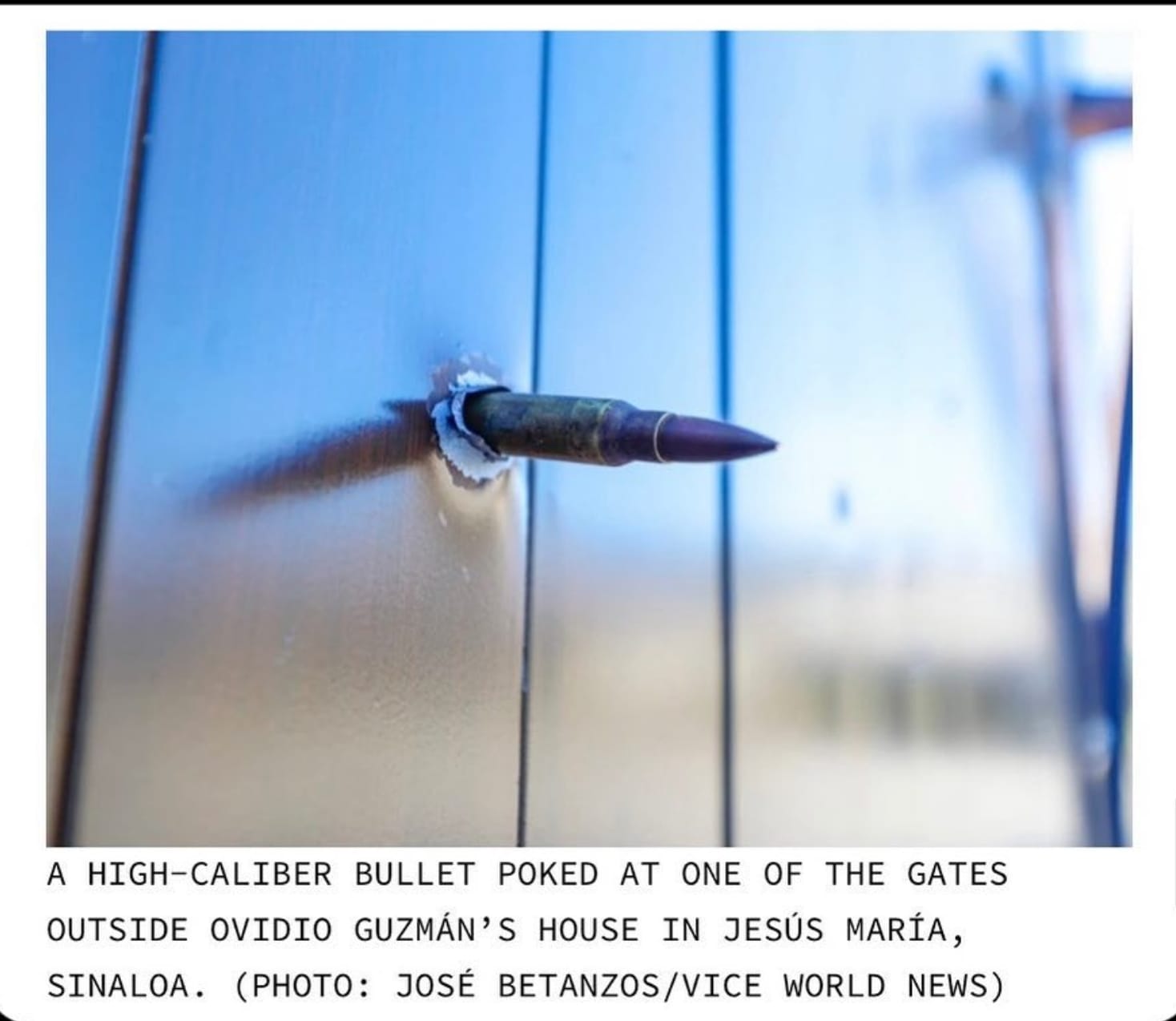 Still after many years, I cannot imagine journalists being this stupid and/or immoral/and/or liar and again, they prove me wrong: It is part of the article Inside El Chapo’s Son’s House After a Deadly Gunfight (vice.com). 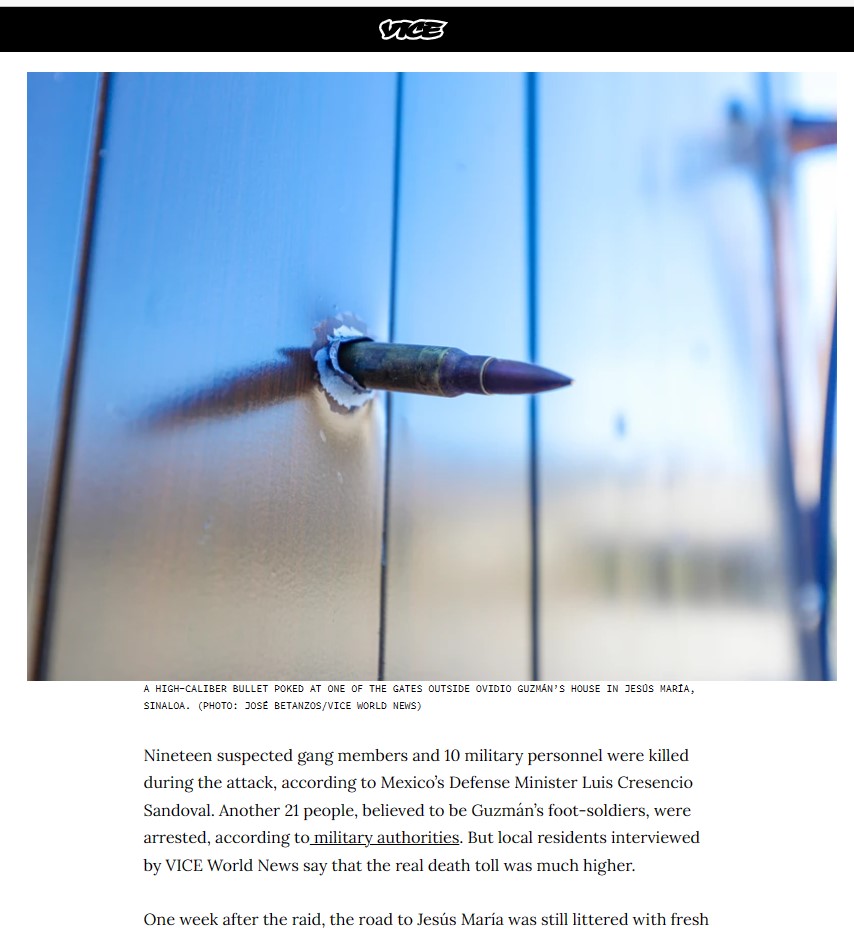 Dear Mr. Chaparro: That is an unfired cartridge. The bullet is the pointy thing up front. That cartridge did not make that hole, you dumb/lying ass.

And then they say we are mean when we celebrate mass personnel reductions at media corporations and outlets. They have to see it our way: The less of them, the less chance of lies being published.

We need to ban David Hogg 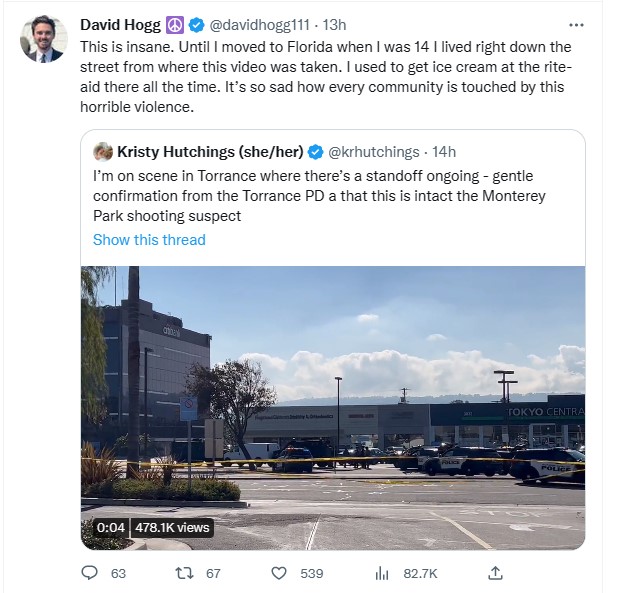 We need to have this guy isolated and away from the public. That makes two mass murder events he is related just because of he lived around. He is very bad luck.

He needs to be banned, do it for the Children.

If it saves just one live.

This bill needs to get passed, signed and make it pandemic through the Country.

Gun related and getting rid of taxes? What’s not to like?

PS: And why not ammo while we are at it?

Husbands: Why we are doomed.

My wife nodded and grinned in full support.

Now you guys know what to get me for my Birthday

Besides the wooden furniture, it has the carrying handle and the flash hider as I remember seeing in my childhood being used by the Venezuelan military and National Guard.  The Para version is also acceptable.