Semi-retired like Vito Corleone before the heart attack. Consiglieri to J.Kb and AWA. I lived in a Gun Control Paradise: It sucked and got people killed. I do believe that Freedom scares the political elites.
I can't think of a category 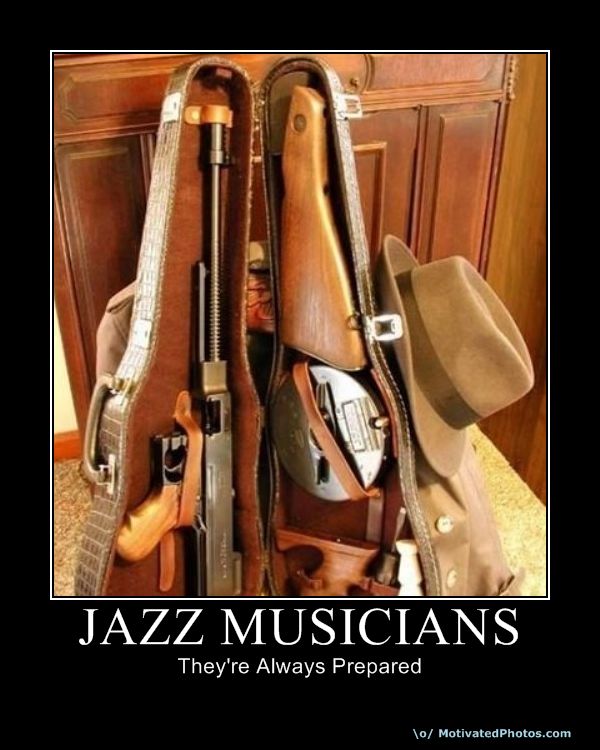 According to the caption on this video, the shooter is handling (badly) a Glock 18 full auto. Full Automatic firearms are cool, but like Linda Blair, they can be possessed by the evils of recoil and bite you. 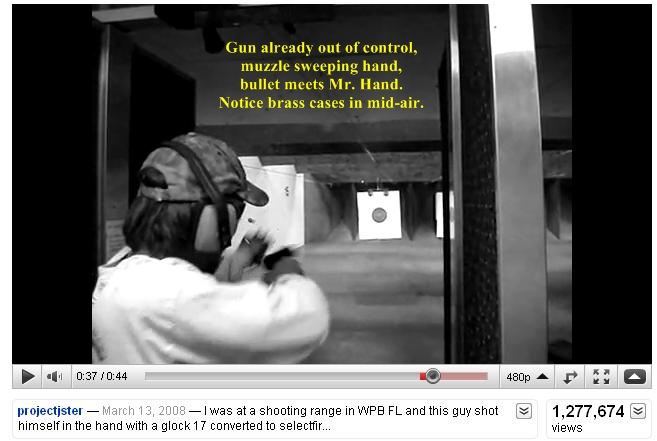 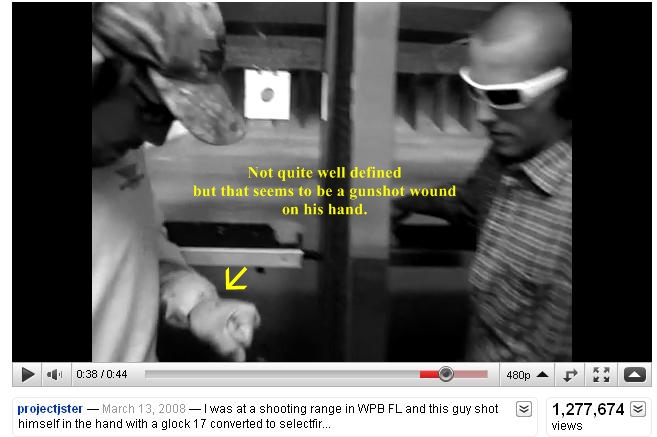 Anybody somewhat involved with shooting sports must be ready for a possible gunshot wound. I know that Shooting Sports are very very safe but there is nothing 100% safe. The last entry is Austere Provisions Company IC3 Kit (Individual Combat Casualty Care Kit) which comes with a bunch of stuff: 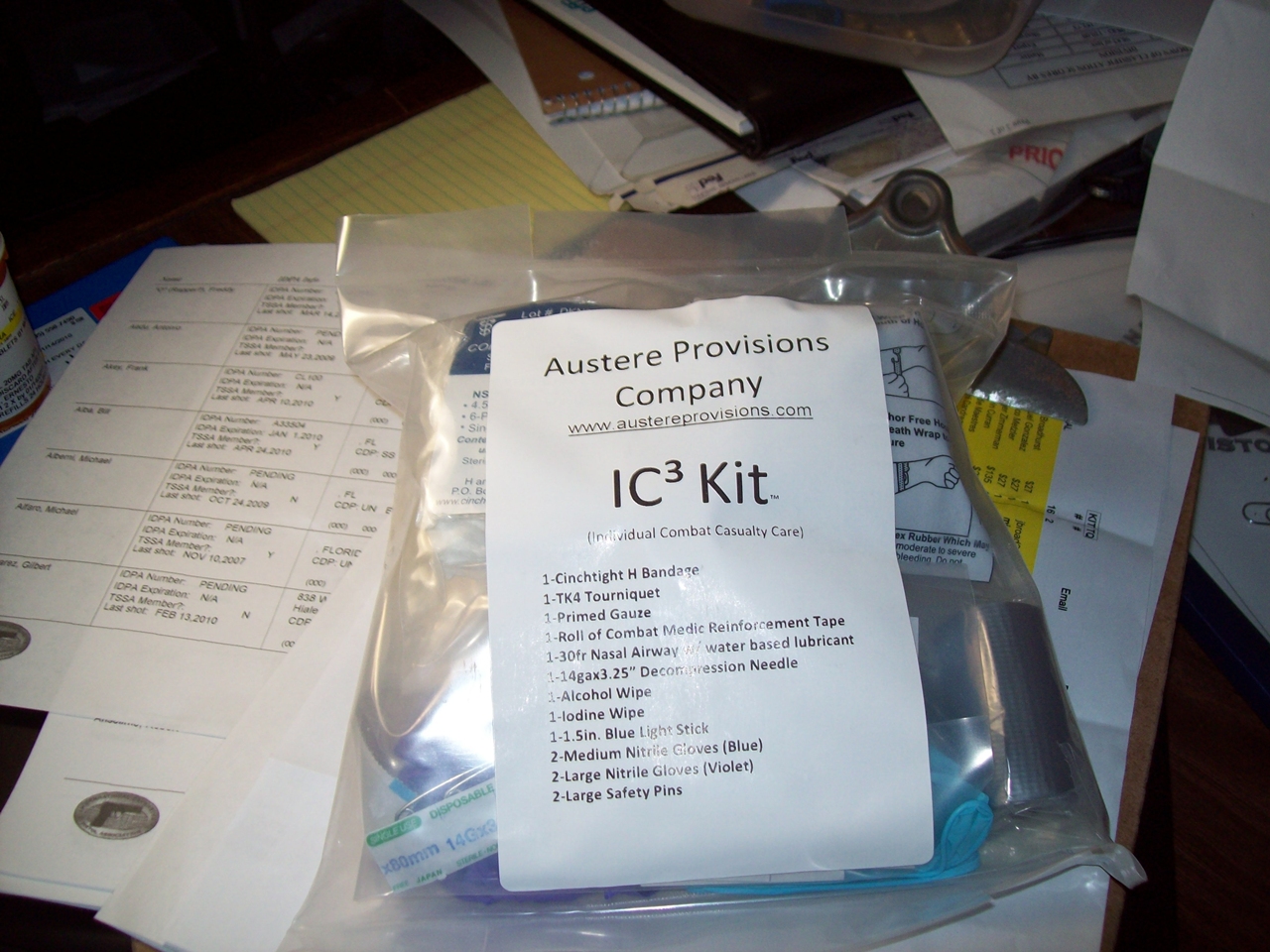 I hope I never have to use it and I do need some training for a couple of items in the kit, specially since I hate needles and I have no idea how to detect a tension pneumothorax.

I lived a bit over three years in Nashville. More than living, it was home because of the people who were kind to a darn foreigner who barely spoke enough English to order a burger and ask for the restroom. It was in Nashville where I learned a new language, discovered that Halloween was my favorite bought my first gun (A Beretta .25 tilt-up barrel at the now defunct The Arms Room),  got drunk on white lightning, met Waylon, Jessie, Willy and half Kansas (the band, not the state), savored the best pancakes in the world at The Pancake Pantry and met the woman that has been my wife for almost a quarter of a century.

Nashville taught me to be independent, ornery, and to take things with humor. I still remember a hellish ice storm that kept us indoor for 4 days… or should have. There were some dear rednecks that did go out driving in the streets cum ice rinks with the predictable results and all caught on video. Nothing like seeing an old battered pick up truck going downhill totally out of control and you could hear the driver screaming the rebel yell a top of his lungs till he crashed into another vehicle that already crashed into another. The driver got out and said “Well now that was fun!” and the driver of the target car, standing on the sidewalk agreed with him!

So, even though my dear old city is today recovering from what is called a Thousand Year Flood, I could not help and smile when I saw this picture: 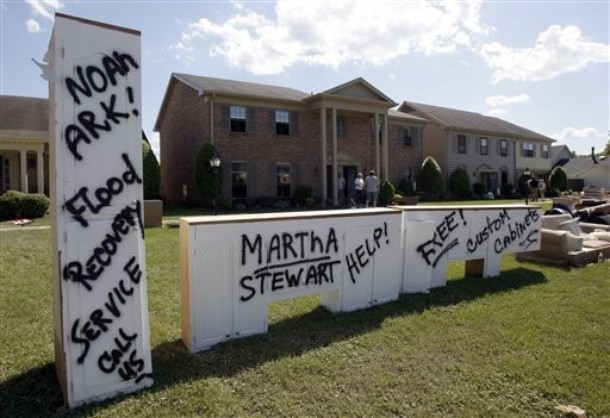 I see they are still headstrong an laughing up there.

PS: I am so craving for Silver Dollar pancakes right now.

“Be a patriot on some other day.”

You’d probably seen on the news about the crap storm that happened in a Gilroy (People’s Republica De California) when the principal of Four Live Oak High School sent four students home for wearing T-Shirts depicting the American flag during the celebration of the Cinco de Mayo, a made up Mexican Holiday.

It is disgusting enough that wearing the US colors inside the United States could be construed as “incendiary”  but when I read the following quote:

“It’s disrespectful to do it on Cinco de Mayo,” said Jessica Cortez, a Live Oak sophomore. “They can be a patriot on some other day. Not that specific day.”

What in the name of the hookers of Tijuana (Mexico’s third biggest source of income after drugs and money sent from the USA by “undocumented” workers) are you talking about dear Cholita?  Do you have the ovarios to dictate when can somebody be patriotic? And if you are so Mexican Patriota, How come you have a Gringo name and live in Gringolandia and partake of the fruits that the Gringos stole from your Aztec People (The official parasites that sucked the life out of the Mayans) I just hate hypocrites.

Oye Yesi, you wanna impress me? Get your American Blue Jeans’ ass down to Ciudad de Mejico and demand the following:

Quick note: Cinco de Mayo is allegedly commemorated for the Battle of Puebla. Only the people from Puebla sort of celebrates it and only because you may get a free day off work. This battle was in between the Mexican Army and the French and the French lost…as usual. It is embarrassing that anybody would celebrate beating a country that has a genetic disposition to wave a whit flag. Somebody said that the Battle of Pueblas is like the end of Rocky 2: Mexico was declared the winner because they got up first to run away and the referee called a K.O. for the hell of it.

(cue ominous music)
The Iron Pipeline is the importation of illegal guns that land in Newark and are to be used to kill cops. (end ominous music) This is according to Newark’s Police Director Garry McCarthy. In the video you will see an M16, an MP5k and even a good old SKS.

You know and I know that we just can’t go to the local Mom & Pop gun shop or Gun Show and walk away with full auto weapons (I know, a shock to Bloomberg et all) so it makes you wonder where in the heck these “Cop Killing Weapons” came from. Since only Law Enforcement have easy access to full auto firearms and there have been cases of such weapons being stolen from police cruisers and assorted feds, one has to wonder if the first responsible in feeding the Iron Pipeline are dumb LEOs. Call it The Blue on Blue Iron Pipeline. 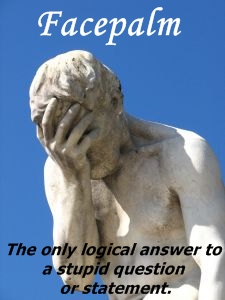 How Not to Get Shot By Police: Don’t act Stupid.

David Codrea’s post on How Not to Get Shot By Police is somewhat coincidental. Last night during witching hour, a bunch of patrol cars from the local PD came flying in looking to get in our property (a vast areas lemme tell ya) and you could tell they were in a pissed-off hurry. I granted them access and a total of 11 vehicles rushed in. A couple of them had their swirly lights on and our supervisor Peter P. (as in the Peter Principle) came out of his masturbatory cubbyhole, frantically waving screaming to the cops to shut down the lights least they scare our skittish dwellers. Cops obviously were gone before he could say much so Peter jumped in a golf cart and gave chase. About 15 minutes later Peter is back looking somewhat stricken and commented that a cop pointed a gun at him for no good reason.  It seems Peter P. found where the empty police vehicles were parked, two of them with the lights doing the Disco scene, got off his golf cart and proceeded to search on foot for the officers. Did I mention that the property is veeery dark at night? Peter P. did find a couple of officers who trained their sidearms on him and almost shot him in a case of high level stupidity.

As it happened, Police were looking for a violent fella (big sucker too) who was involved in an Assault & Battery, ran away and jumped our fence. He got arrested and taken away and all officers left waving thanks for our cooperation, OK one didn’t while he gave Peter P. a dose of the evil eye as he drove by. After all Black & Whites were gone, Peter being his Principled self admonished me for not stopping the offending vehicles and telling them to kill their lights. I pointed out to Peter that racking a dose of Obstruction of Justice was not something I wanted to achieve when cops were after a dangerous felon, but I don’t think he understood the concept. Oh well…