Brady wants to go back to the future and repeat the fails. 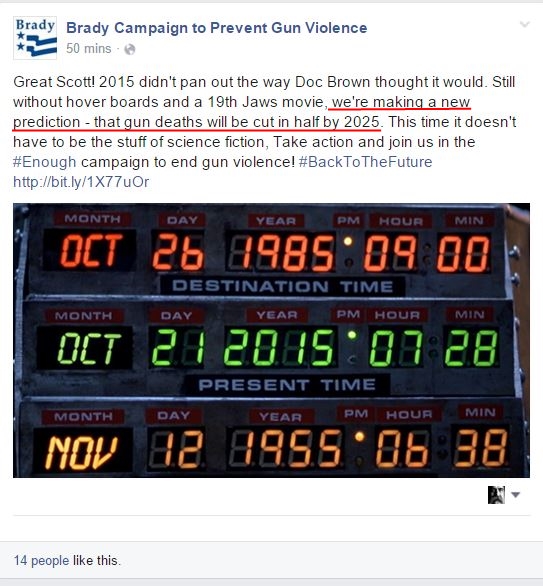 Dear God. We are frigging doomed. Remember one of the basic principles of Gun Control: Their predictions always are wrong. (Wild West, blood on the streets, etc.) If we let the do their thing, murders will double in that amount of time instead of being at the lowest rate since 1957 and cut by half since 1974, the year the Handgun Control Inc (as the Brady Campaign was known back then) was founded.

Dear Dan Gross: Just go do some fundraising by selling your members email addresses or something. Don’t mess with success.

5 thoughts on “Brady wants to go back to the future and repeat the fails.”