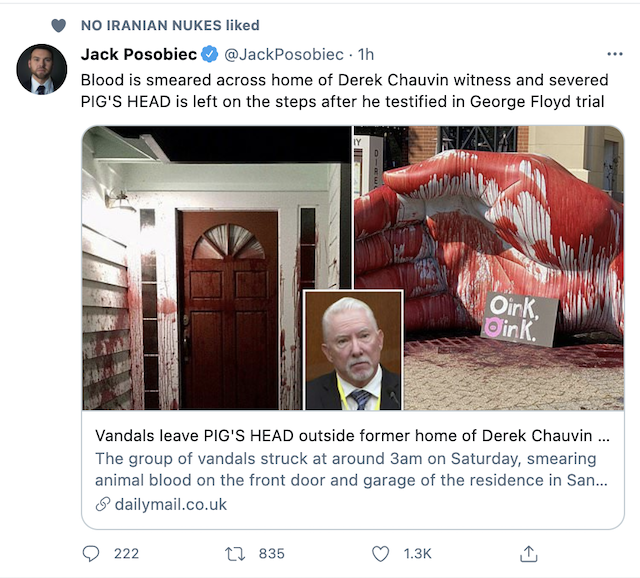 Give us guilty, on all counts, even on counts not actually being argued in this trial, or we burn it all down generally, and target defense witnesses and, by implication, the trial jurors specifically.

Good luck with that, America.

Frankly, at this point it’s absolutely apparent that Derek Chauvin can receive nothing like a fair trial in this case.  When I write that, by the way, I’m defining “fair trial” as one involving a process we’d want for ourselves or a loved one, or even a friend or neighbor.

No one would want to be on trial, or have anyone they cared about on trial, in a courthouse surrounded by a violent, raging mob, being exhorted to further violence by government officials, with militant factions of political groups terrorizing the witness for the defense, and by extension the jury itself.

Yet that is what’s been offered to Derek Chauvin as “justice.”

3 thoughts on “Chauvin Trial: Witness & Jury Intimidation, Cranked Up to 11”