Dear God! We have terrorists running with guns everywhere in the US! (Updated)

“Membership in a terrorist organization does not prohibit a person from possessing firearms or explosives under current federal law,” the Government Accountability Office concluded in 2010. The law prohibits felons, fugitives, drug addicts and domestic abusers from purchasing a firearm in the United States. But people on the FBI’s consolidated terrorist watchlist — typically placed there when there is “reasonable suspicion” that they are a known or suspected terrorist — can freely purchase handguns or assault-style rifles.

Source: From 2004 to 2014, over 2,000 terror suspects legally purchased guns in the United States – The Washington Post

And as you can imagine, Laddites and all Gun control followers are losing their minds about this slanted news article. At least the author Christopher Ingraham, covers his as in the last paragraph:

The biggest knock against the proposed legislation is perhaps that the FBI’s watchlist is an imperfect tool for assessing an individual’s terror threat. Civil libertarians warn that the watchlist has ballooned in size to nearly 700,000 individuals in recent years. Many of those people may simply be family members, acquaintances or people only marginally acquainted with individuals who actually belong to terror groups. The NRA and its allies are worried that perfectly law-abiding people may end up on a watchlist and be unable to purchase a gun.

How bad is the list? We can begin with our friends as the Southern Poverty Law Center being associated with the FBI about tagging local homegrown terrorist groups such as American Family Association (Clean TV programming), California Coalition for Immigration Reform (Proposition 187). Family Research Council (Pacific anti-abortion group that got shot by a loony), Federation for American Immigration Reform, Jewish Defense League and even WorldNetDaily…yes, a website for news.

But instead of giving you a long explanation why the list is a screw up, I am gonna give you a quick 15 second summary: It is just a list of names associated with something to do with terrorism, up and included somebody with your name having known in some small capacity somebody that the government considers has a fain tie with terrorism.

Let’s say some Colombian Narco terrorist with my name is suspected to have been involved in some evil deed that comes to the attention of the US authorities and gets put on the list. Guess who gets selected for extra scrutiny and free colonoscopy at Miami International Airport? Not only yours truly but at least another 186 people in Miami Dade alone who happen to have the same name according the White Pages online.

And somebody from NY jumped into the Stupid Bandwagon. This is my shocked face. 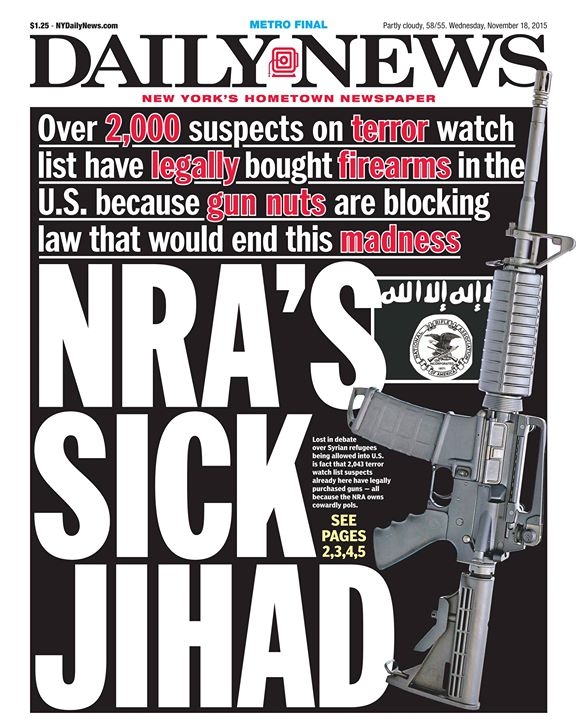 8 thoughts on “Dear God! We have terrorists running with guns everywhere in the US! (Updated)”