Yesterday I said the Democrats never fail to disappoint and were failing the moral test on antisemitism, miserably.

That was yesterday morning.

By last night they had gone above and beyond anybody’s wildest expectations of just how bad they could be.

The Congressional Black Caucus, famous for its ethics violations and meetings with Louis Farrakhan, literally turned itself into bodyguards for Ilhan Omar against the media asking her questions about her statements.

Leaving CBC meeting, members formed a circle around @IlhanMN and Marcia Fudge literally stuck her arm out to prevent reporters from asking her questions.

Then a few members hugged Omar, including Al Lawson.

Pelosi also didn’t think Omar’s statements were “intentionally antisemitic” which translates to “her Jew hatred is just a Kinsley gaff and Democrats don’t get hoisted over gaffs.” 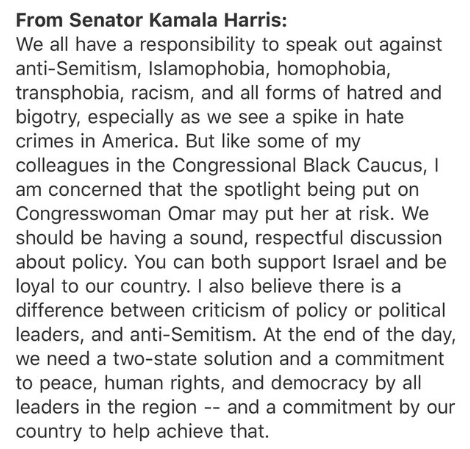 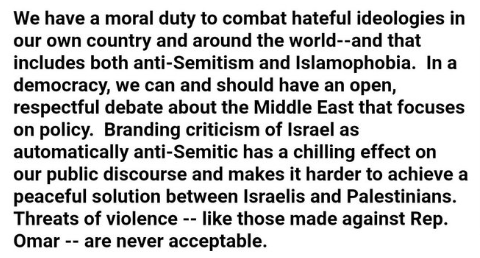 Nothing but whataboutism where the rank antisemitism of a media popular Democrat Congresswoman is diluted in a bunch of other identity politics platitudes and an attempt to make Omar the victim.

Alexandria Ocasio-Cortez decided to retweet a statement made by Yousef Munayyer, a Palestinian activist who openly supports a Palestinian terrorist movement, the PFLP.

This is disappointing to see.

Just last week there was all this hubbub over an untrue mischaracterization that I was threatening primaries based on pro-ICE votes.

Yet there seems to be no problem at all with a zero-tolerance stance for simply asking about US foreign policy. https://t.co/YoOIPDSpbU

This is the kind of “I’m not an antisemite, just and anti-Zionist” Jew hating Leftism he deals in. 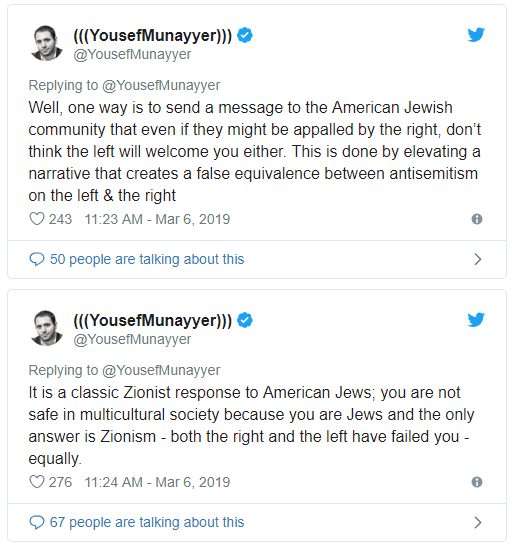 His Twitter feed is filled with nothing but distorted lies about Israel, whataboutsim, and covering for Left wing antisemitsm.

Not just did AOC retweet a terrorist supporter, she went all in on “it’s not us, it’s the Republicans.”

Asked about Ilhan Omar and anti-Semitism, @AOC tells me: “I think my real concern here is that there’s a disturbing pattern of these remarks coming from the Republican party. It’s not treated the same way.” https://t.co/eFBWG0NkLl

Other than Steve King, who the entire Republican Party has turned their back on and ruined his career, what else?  The Left loves to hear the dog whistle in Trump’s Charlottesville statement but can’t confront multiple, repeated, tropes from one of their own.

Lastly, Senator Chuck Schumer agreed to speak at the AIPAC policy conference.  He’s been before, but I have a feeling he’s motivated this year to try to convince American Jews the Democrats are still the party they should support. 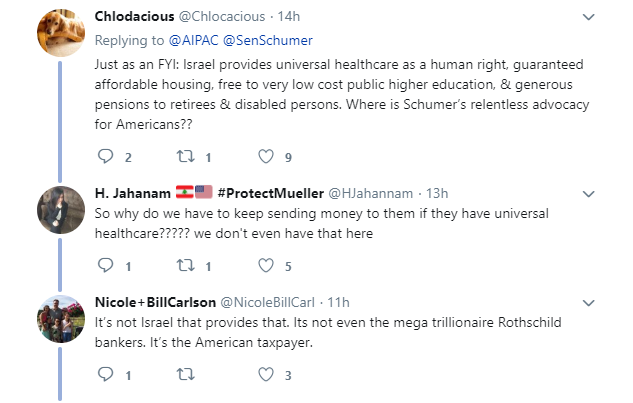 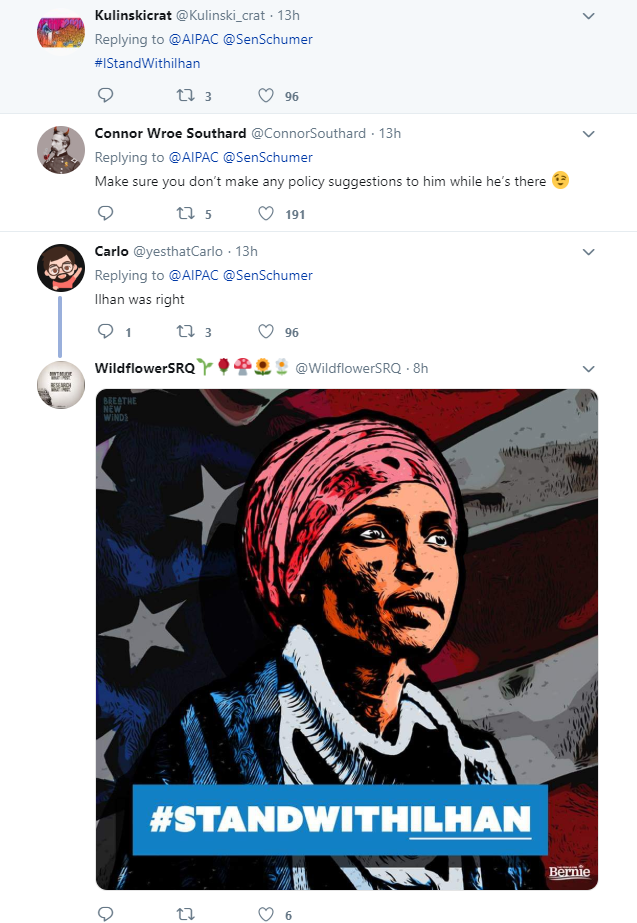 This is the Bernie Sanders wing of the Democrat Party.

This is the group that the Democrats are kowtowing to.

This shit with Ihan Omar is just the tip of the iceberg.  This is Germany in 1936, and we know what was happening by 1942.

There is no way this is just going to go away, this is going to get worse.

The Nazis exterminated 6 million Jews calling them a threat to German purity.

The Left is headed in the same direction using the financial cost aid to Israel and Palestinian rights as their justification.

I can smell the prussic acid blowing in from the Left.

I have a feeling that some time in the near future I’m going to be forced to flip the giggle switch to “ON.”