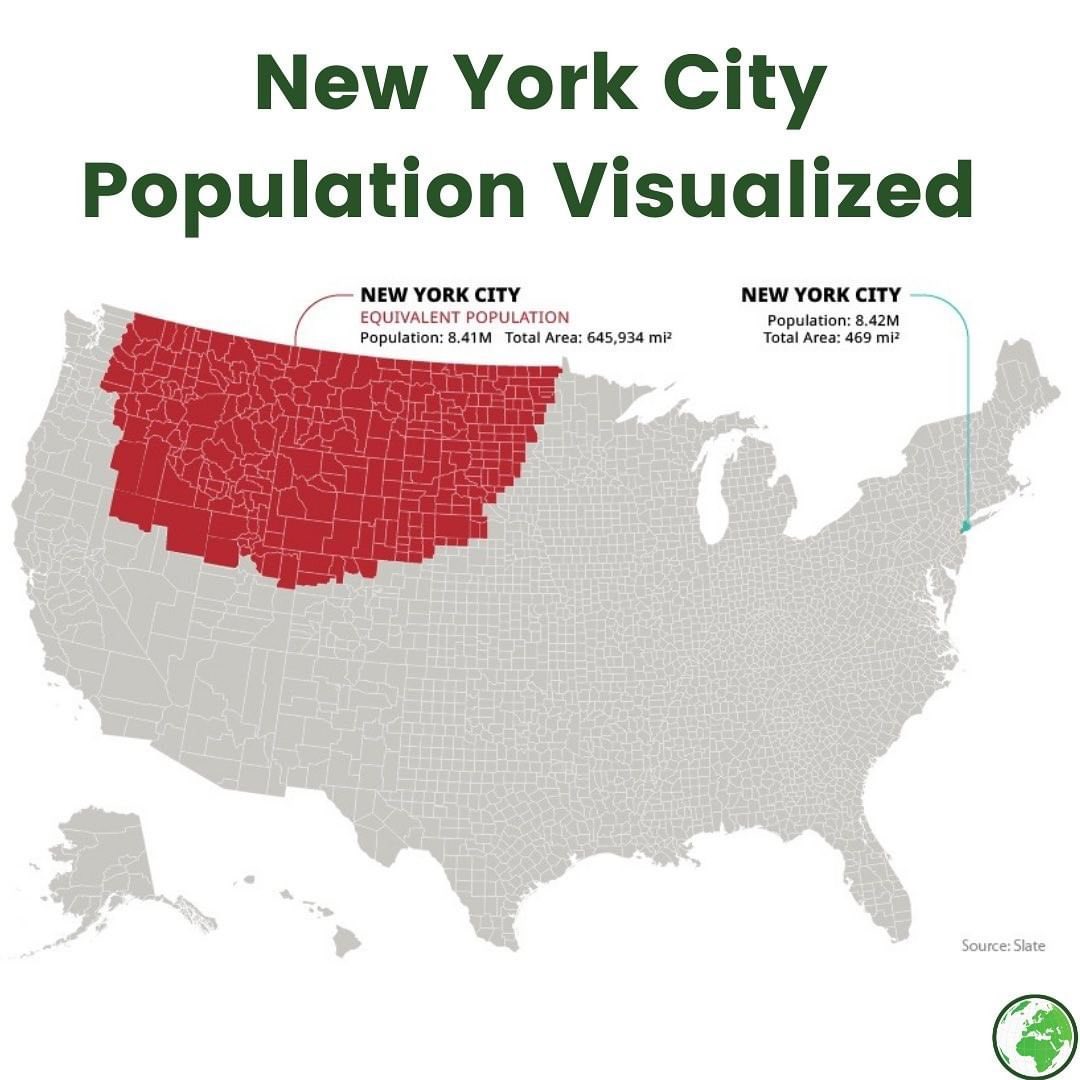 So the conclusion they draw is that we must abolish the Senate.

Because the Left already controls the House of Representatives, they need to attack the Senate.

I look at this and come to a different conclusion.

New York City is 288 times more dense as the average.

They can’t grow enough food to feed their population or have landfill space to dispose of their garbage.