I got to “play” with the Door Bell Camera!

Let me preface this by explaining the reverence I have for Florida Power and Light.  I can BS you about how they are an amazing company, specially in Post Hurricane times and how they bust their asses making sure people gets connected again and how fast they respond to normal problems and keep you informed, but the truth is that without FPL plugging juice into my AC, I would have died of heat exhaustion many moons ago.

Just about over an hour ago, my door bell rings and since I paid for a door bell camera, I activated it: 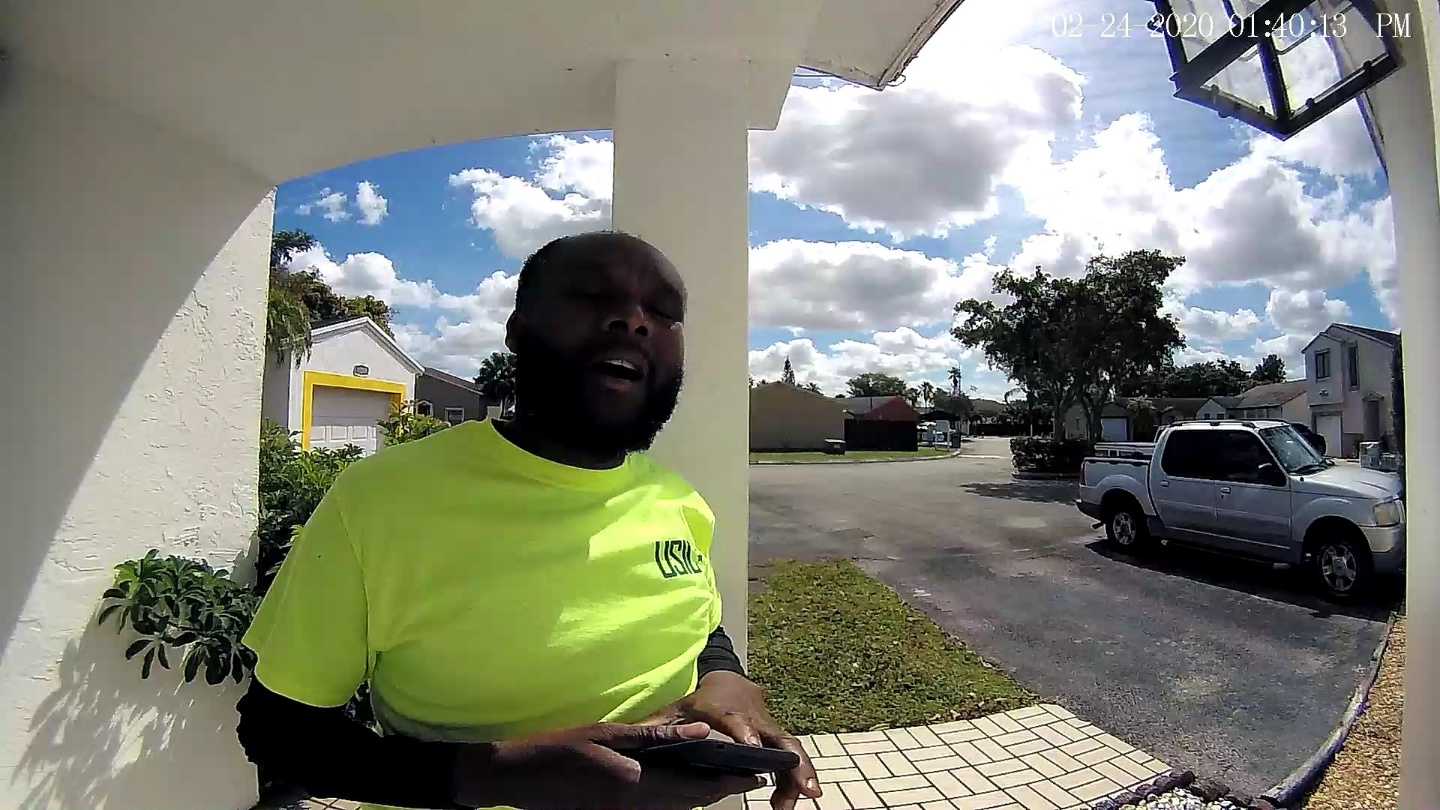 Fella there informs me that he is from FPL and that he needs to do some checking on some wiring. I told the guy that I did not see a badge and therefore I could not know if he was who he was saying he was.  He told me that he had left it in his truck and that he was going to get it and he did. He also backed his truck so i could see it.

While he moved the truck, I went up front and opened the door <gasp>. It was then when things started to look funky. You can’t see it in this picture, but the truck is not one of the ones that FPL uses, nor it had the logo. Behold something I did not realize till then: You can’t get a lot of image detail in a smartphone’s plain image and screen.

And yes, I was carrying. Door was half open and I was bladed towards Mr. Phosphorescent Green here. He retorted once again he was from FPL and he needed access to my property to check some wiring.  I went NO!, Full Stop & Go Away.

He was not happy.

I figure your local power company is the same: They only have responsibility and access all the way to the meter and nowhere else, specially inside your domain. We had enough assholes pretending to be FPL and then doing nasty shit so the company keeps reminding us of that. And in the over 2 decades living here, I never had FPL dropping by unless it was a post-hurricane check on a transformer nearby.

Even though he insisted that he had to check wires, I explained to him that he was not dressed as FPL (hint there asshole) and his truck was not properly decorated with the FPL logos and paint schemes (hint 2 asshole) and closed the door.

And called the cops.

I did call the Non-Emergency number because it was not a life or death situation (at least not for me) explained what was happening and I was told officers would be sent.

In the meantime, I saw the guy was out of sight, took a stupid chance and stepped outside  to get a good picture of the truck. 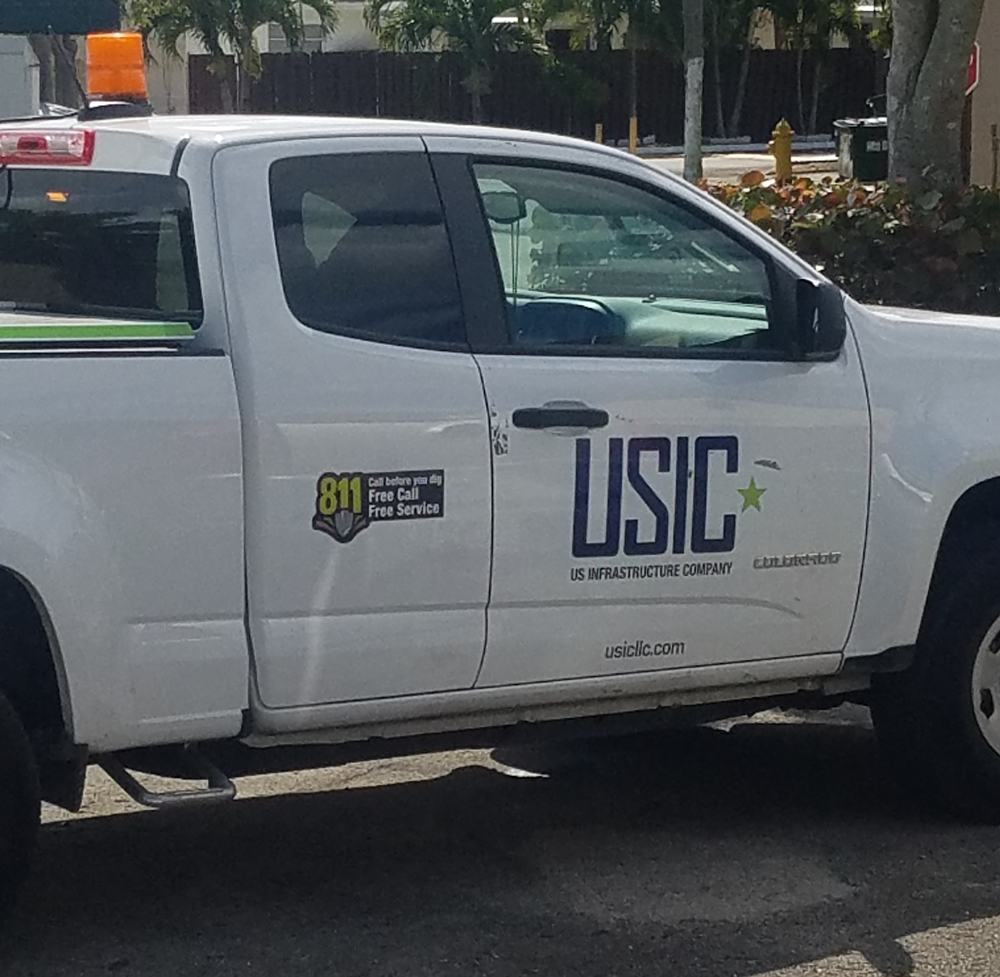 You ain’t FPL for sure. Texas? What the fork?

A few minutes after the call, a female MDPD officer arrives and I explain her what happened and why I was suspicious.  She goes to check on the guy. 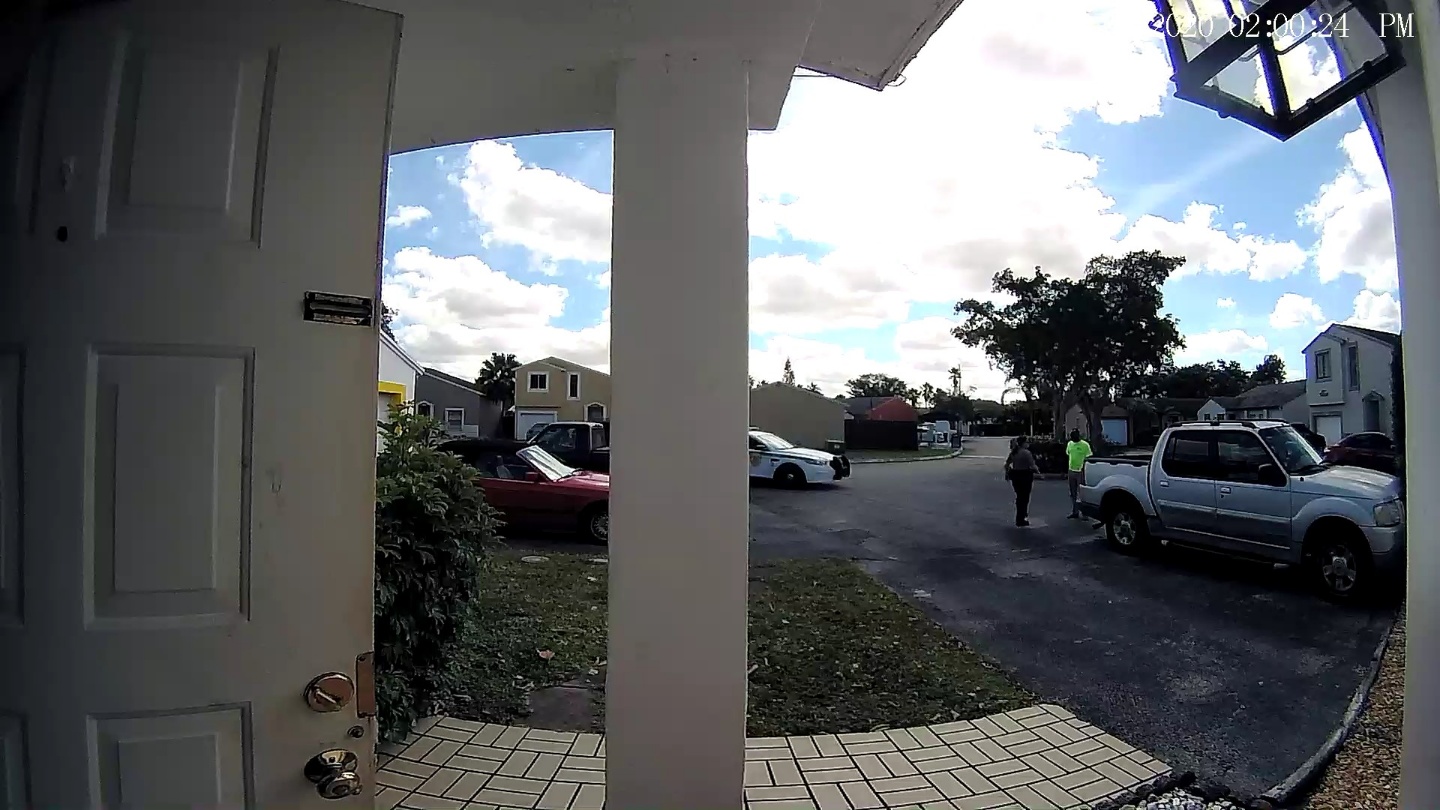 And back up arrives right after that. I could barely see them (guy glanced a couple of times my way and gave me the eye-fuck-you) but I heard them talking/arguing and apparently he finally fessed up, was checked out and was not arrested. The officers came over and explained that the guy was hired by a subcontractor for Comcast, not FPL and he was supposed to check some wiring that runs in the back porch of my neighbor’s yard, but nobody was home so we assume he was trying to see if he could do so via my house. And the officers confirmed that on plain sight, the whole thing looked suspicious, specially with a truck with Texas plate and the guy with an ID from Indiana. I thanked the officers and they told me I might be seeing the guy in the back of my neighbor’s home… and said nothing else. I figure it was her way of saying-not saying “Don’t shoot the asshole if you see him again” or maybe not that message…never mind.

Now, why he lied? My guess he knows/was told that if you say you are from the cable company and do not have an appointment, your interaction with people will be not so nice. But everybody down here will pay attention to FPL, again because we have our homes cooled. Also, he must have known I do not have an account with Comcast so I would have told him to go away.  Anyway, the lie was easy to pick and he ended up having to deal with cops for trying to be smart.

My mistake? Not using the enlarge capability of the camera app to check for the logos on the shirt and the doors of the truck. If I had done that, I would have not broken the seal and got out of the boat.

I know better for next time.

7 thoughts on “I got to “play” with the Door Bell Camera!”