I tweeted this to the tag #StopGunViolence. Now, you’d assume that the above statement isn’t controversial, right? The life and rights of a human child should always be valued above the existence or ownership of an inanimate object. To suggest otherwise,–unless we’re speaking of extremely extenuating hypothetical circumstances–is monstrous. 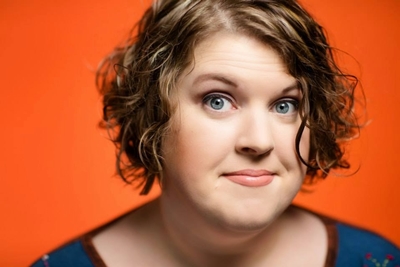 Source: What I Learned From Pro-Gun Twitter | Trout Nation

For the sake of argument, let’s assume that Jenny Trout is really a mother. I did a quick search and I could not find if she is or not.

Now, let’s get started: she states that:

And my reply is:

I don’t give a damn about your rugrat.

And you know why? because her statement is intellectually dishonest. She is creating an either/or proposition where none exists. What is my gun doing to your child? Last time I checked, my pistol is safely tucked in the holster at my waist whereas I have no idea where your kid might be. Your kid has a real chance of being hurt by the loose collection of prescription pills, Colombian baking soda, dry cleaning wrapping plastic, cleaning solutions and the occasional nocturnal visit from Uncle Ernie than from my gun.

“But Miguel, you are being literal when she clearly did not mean it.”
Oh hell, she did. Remember when I said “Intellectually dishonest? It also applies.

“She is talking about the need to enact some common sense legislation to reduce the epidemic of gun violence that is sweeping our nation and killing our children.”
Dear Starshine Snowflake, we don’t need any more stinkin’ legislation. We have plenty of that. But what we really need is 1) enforce the ones that are already in the frigging books and, 2) Develop some intestinal fortitude and address the fact that decades of Social Engineering towards minorities and failed Drug Laws are creating the massacres we read about everyday in places like Chicago, Baltimore and St. Louis.

“OMG! That is racist!”
No, it is not you barely-breathing moron. It is the sad truth. The Liberal experiment has failed and it needs to be repealed, but your ilk rather see the bodies of minorities’ kids piling up rather than admit your team fucked up by the numbers.

“That’s it! I am banning/muting/silencing you! You are a small-penised ammosexual  right-wing redneck and I hope your kids die a painful horrible death!”
Gee, I never saw that coming. <snark> For a bunch of self-identified pacifists, you guys are quite quick wishing violence on those who oppose you.

And I want to close with a direct quote from Jenny herself:

The pro-gun right is as much a terrorist organization as Al-Qaeda or Daesh.

Dear Jenny: We are loud, we are not scared of your morons anymore. We lobby and push and call and write and vote so our side (facing the full opposition of one political party, all the mainstream media and one Billionaire) wins many more times than it loses. If you find that our long-accepted and legal actions to further Civil Rights are terrorism, the problem resides with you. Trust me, if we were to behave at only 1% of the way the Jihadists act, you’d be beating the doors of the nearest Canadian consulate demanding political asylum, free health care and fries without mayo.

You are trying to shame us with the “My child is more important than your gun” meme, but you forget that we have mothers on our side that take the safety of their kids very seriously and know that a violent offender will not stop his attack by asking pretty please and wishing upon a shinning star. More and more moms every day are realizing that stupid slogans really do not solve the question “What will happen to my children if I am killed?” or What will happen to me and my kids if my mate is murdered?” and they are flocking to gun stores, buying guns and getting their concealed weapons permits.

A mother, besides loving, must be pragmatic. Even you must admit that if somebody breaks down your door in the middle of the night, a gun will give you a better chance to stop the intruder rather than a copy of Such Sweet Sorrow.

In closing, the message is simple: Go fix the shit you guys broke and leave us alone.

We stopped being your scapegoats long time ago.

55 thoughts on “My child is more important than your gun.”