By now I guess you are more than aware of the political cartoon published in a recent issue of the international edition of the New York Times and Taco Stand portraying Trump as misguided and blind while being led by a Benjamin Netanyahu in dog form: 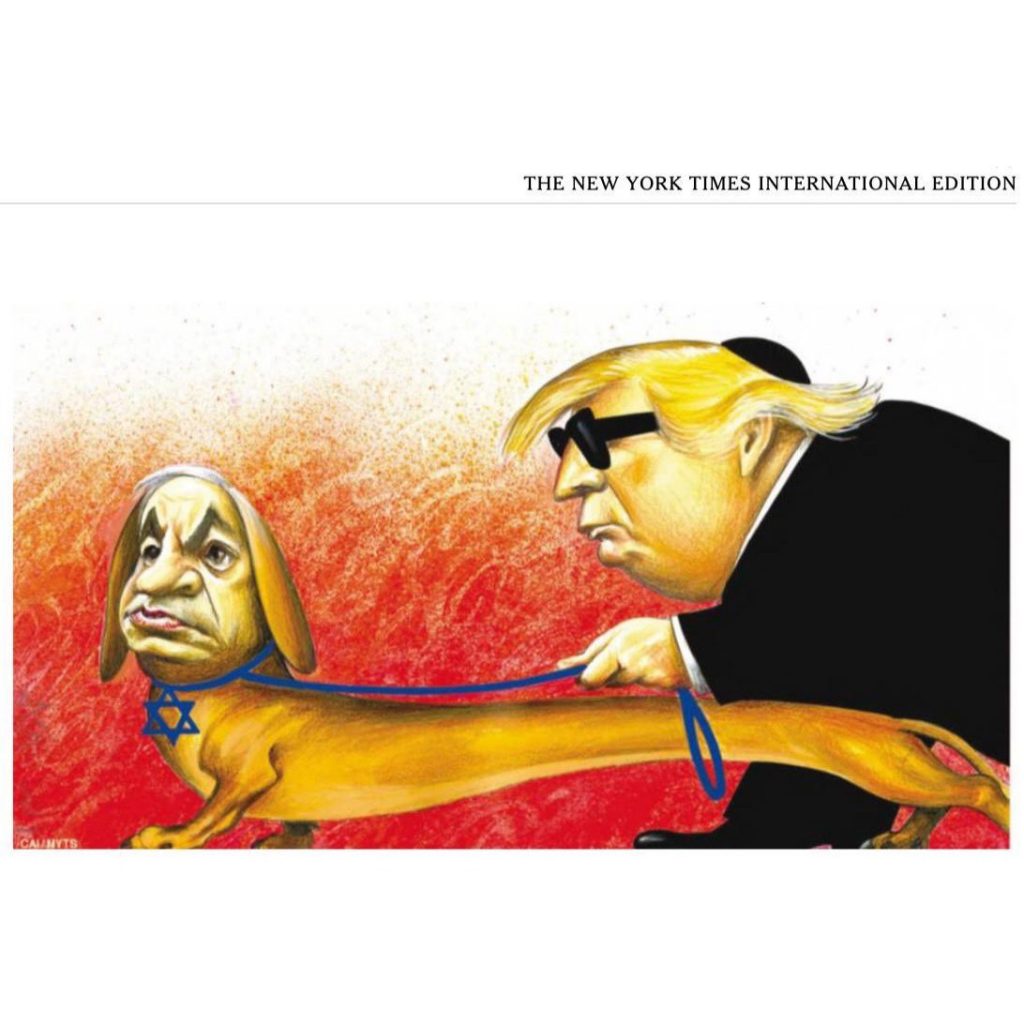 As you can imagine , sparks flew hot and wide. Me being of the suspicious mind, would have to point out that within the Muslim culture, being called a dog or made equivalence to a dog is one of the most powerful insults you can issue, so this cartoon is more than just what is on the surface.

The New York Times issue the obvious retractions and even had a “self-whipping” Op Ed by Bret Stephens which does a good job of shaming the paper on the perceived insults given by the cartoon:

Here was an image that, in another age, might have been published in the pages of Der Stürmer. The Jew in the form of a dog. The small but wily Jew leading the dumb and trusting American. The hated Trump being Judaized with a skullcap. The nominal servant acting as the true master. The cartoon checked so many anti-Semitic boxes that the only thing missing was a dollar sign.

Wait, what? Who in the New York Times does not know about anti-Semitism? I understand if it is a granola-raised millennium from Berkeley working the mail room, but you are talking the international editor or editors of the alleged most important newspaper in the nation. And the idiot(s) do not know anti-Semitism? Bullshit.

And then the closing cinches it:

But the publication of the cartoon isn’t just an “error of judgment,” either. The paper owes the Israeli prime minister an apology. It owes itself some serious reflection as to how it came to publish that cartoon — and how its publication came, to many longtime readers, as a shock but not a surprise.

What is missing? Oh yes, Fuck Trump. The “fat Donald Trump wearing dark glasses and a black yarmulke” does not get an apology for the anti-Semitic  insult he was associated because the NTY would rather see him dead than as President.

In my opinion, this cartoon was published if not with intent, with the idea it would not cause te outrage it did by all the parties involved in its publication: Netanyahu is disliked to hated by the Media here and abroad. Trump evokes 100% unadulterated abhorrence by almost all media in the US. They thought it would be safe to publish this cartoon. 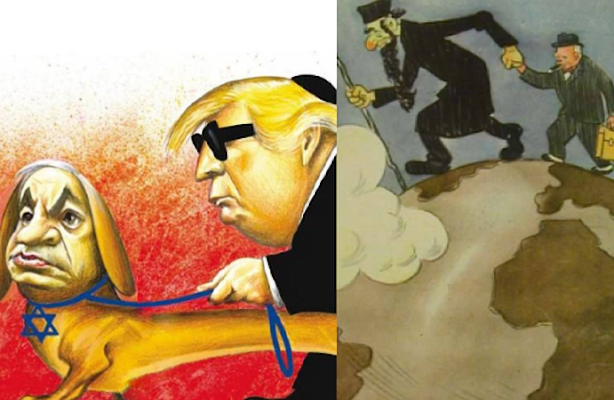 Found this nifty comparison of the NYT cartoon with Nazi Era propaganda published by Lustige Blatter magazine in United with Israel.

And the original cover. 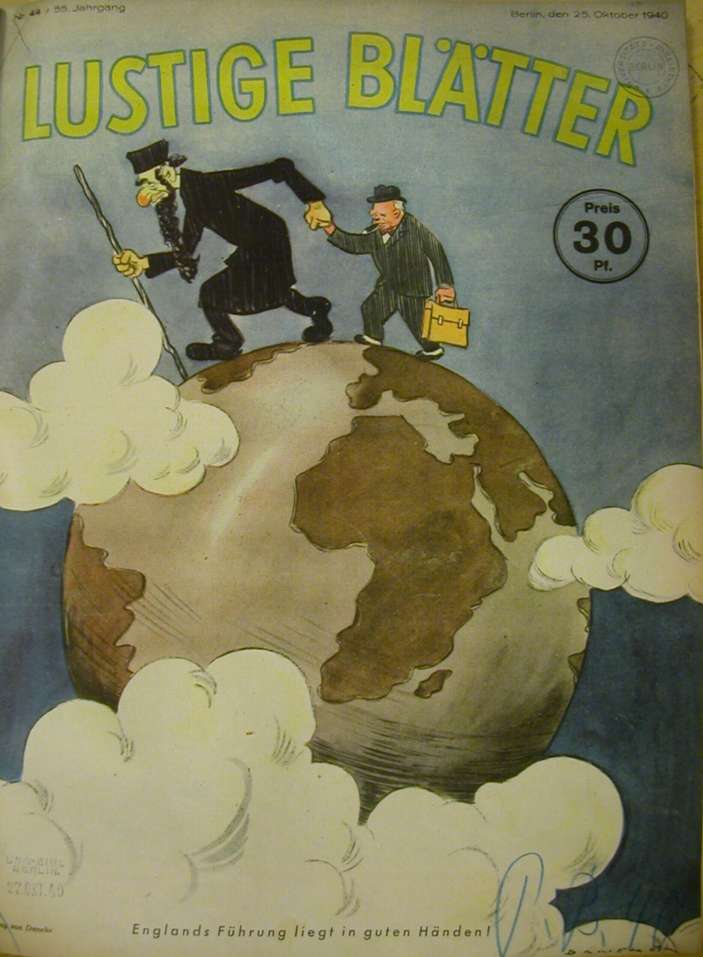