Rough Riders (1997) is a small cinematographic jewel that even though it won an Emmy, it is rarely mentioned. Directed by John Milius who has never been a favorite of Hollywood because he is not only great but to much like us. The script is also Milius with Hugh Wilson and it tells us the Story of the 1st United States Volunteer Cavalry which shall always be know as The Rough Riders.

In one scene of the miniseries, you see the contingent of New York socialites arriving at the training camp. One of them is given (without telling) a horse that has not been broken yet. Much to the surprise of the cowboys, this dandy not only did not fall off the horse but controlled it.

Now, even John Milius is given to a bit of creative latitude and I thought this was the case even it it was a bit too cliche for him. That was till yesterday when I bumped into this article. 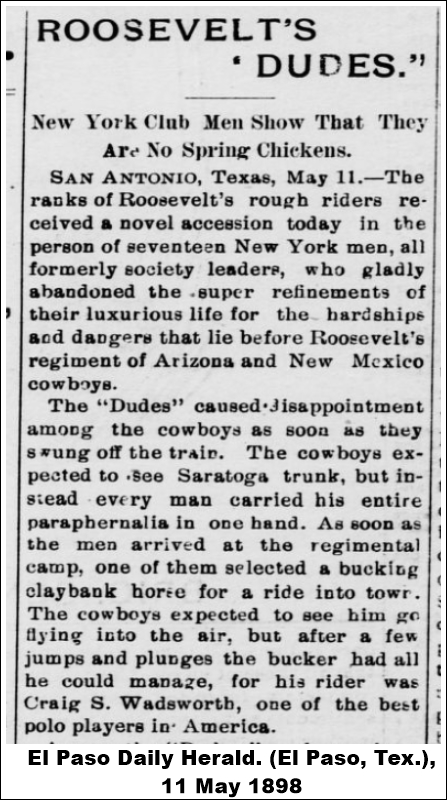 As far as I know, Rough Riders is not in any streaming service, but I would urge you to buy the DVD. You won’t regret it

Update: A friend found the movie in Youtube. The scene is at 36;36