Old News: The Song Of My People. 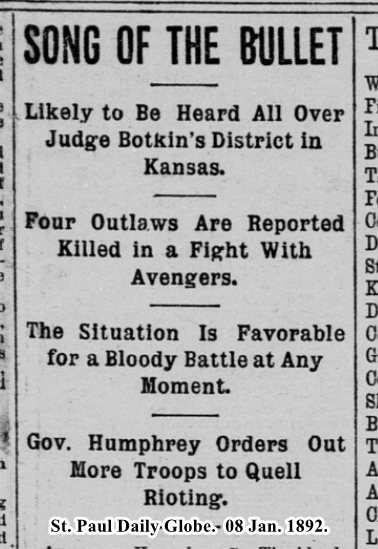 Helping with this research has been illuminating. And I have found some stories that would make great miniseries, one of them possibly the origin why the Mafia says there is no percentage on killing a cop.

The story behind this was that threats had been issued by some local family against a judge and his family overseeing a case. The judge was securely in town, but the Sheriff, the newly elected sheriff and a deputy went over the judge’s house to collect his wife and kid. On their way, they were ambushed and the old Sheriff got the brunt of the Winchesters.

Since the sheriff was well liked, people in town did not appreciate this and hunt began. Duly authorized posse went after the whole family and they got most everybody.

Another thing that I learned was that lynching was not a monochromatic affair. Surely the majority  of the lynchings were against blacks, but other colors were well represented.

2 thoughts on “Old News: The Song Of My People.”