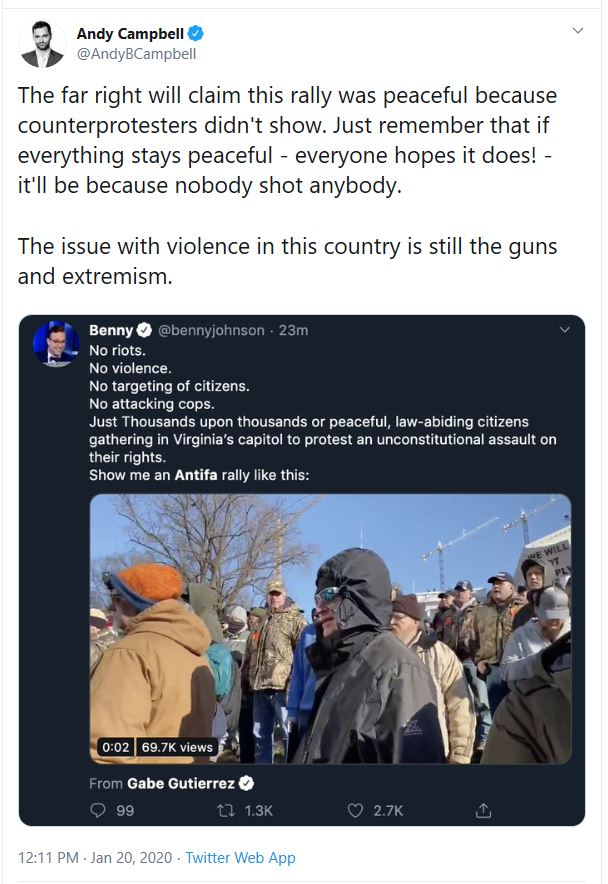 ‘An armed society is a polite society. Manners are good when one may have to back up his acts with his life.’
Robert A. Heinlein

I watched for a long time the Brietbart Live stream  and other than a couple of Chest Thumpers being assholes, everybody was very polite and friendly.  You could see people walking by cops (very close) and the body language of the officers was relaxed as they knew Gun People were not going to give them trouble.  I did not see pickets of cops in riot gear, all hyped for a charge of the Light Brigade. It was peaceful in the sense there was no violence against people or property and yes, because Antifa did not show up to sabotage the event. That is possibly the smartest thing they have done as they would have been beaten to a pulp, trussed and delivered to the nearest authority. Antifa only attacks when they have perceived there won’t be consequences but for today they realized that a terminal nap in the morgue’s slab was not their idea of bearable consequence.

But there is something else from the Gun Control Narrative that was defeated today: We have been told that that many armed people, together in more or less tight areas and politically inflamed would give us with 100% certainty a mass shooting event with many casualties. Other than cold feet, fingers and ears, I doubt there were any injuries.

Will the Media stop lying? Nope. not on our lifetimes. The Narrative is sacred and must not be challenged. Lie if you must to protect it.

Bringing you guys up to date