Progressive Flavor of The Year suddenly tastes like sh**.

This has not been publicized much, but once loved and cherished extremist muslim Linda Sarsour has become an icky name among Liberals. Why? Well apparently she is anti-Semite! Who knew?

Every-frigging-body knew, including the ones that are trying desperately to move away from her.

How did it finally come about? You guys know that if there is something Liberal progressives like (just like State Department diplomats)  is being congratulated by Europeans. And getting awards from them is better than Ecstasy-infused sex for them so they were all giddy when the Friedrich Ebert Foundation, a German socialist think-tank, was ready to award Women’s March USA with an award, pussy hats went flying in celebration. Unfortunately somebody brought attention to the fact that Linda Sarsour was a devout anti-Semite and (at least for this quarter) being anti-Semite in Europe is a no-no.

According to Ashe Schow at the Daily Wire, The Friedrich Ebert Foundation, a German socialist think-tank, was set to reward the Women’s March with a human rights award but has now rescinded the award after members of the organization wrote a very public letter denouncing the Women’s March.

Well, ain’t that a shame? But well deserved for ignoring the obvious stances by Jihadi Linda. The NRA mentioned her by name as a radical within the Women’s March and it was scolded by Politifact with a “Pants on Fire” tag.  Even a New York Times (and taco stand) opinion piece in 2017 denounced “homegirl in a hijab” as somebody with ” a history of disturbing views.” 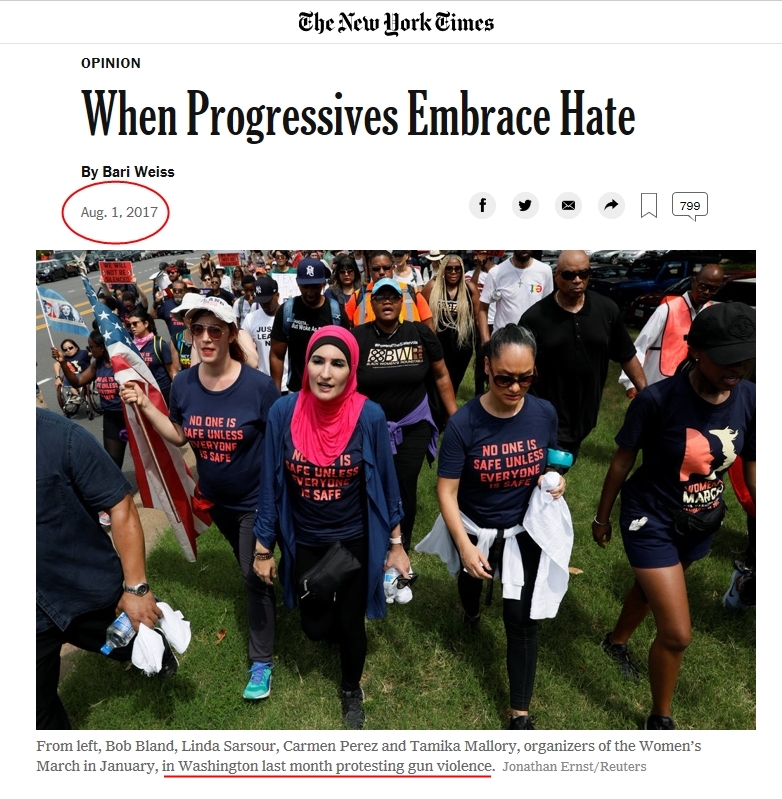 Oh yes! In that photo, she was marching for Gun Control, how sweet! No wonder she was the darling of progressives.
And she has not been very quiet about her support for Gun Control. I collected this after a simple search in Twitter: 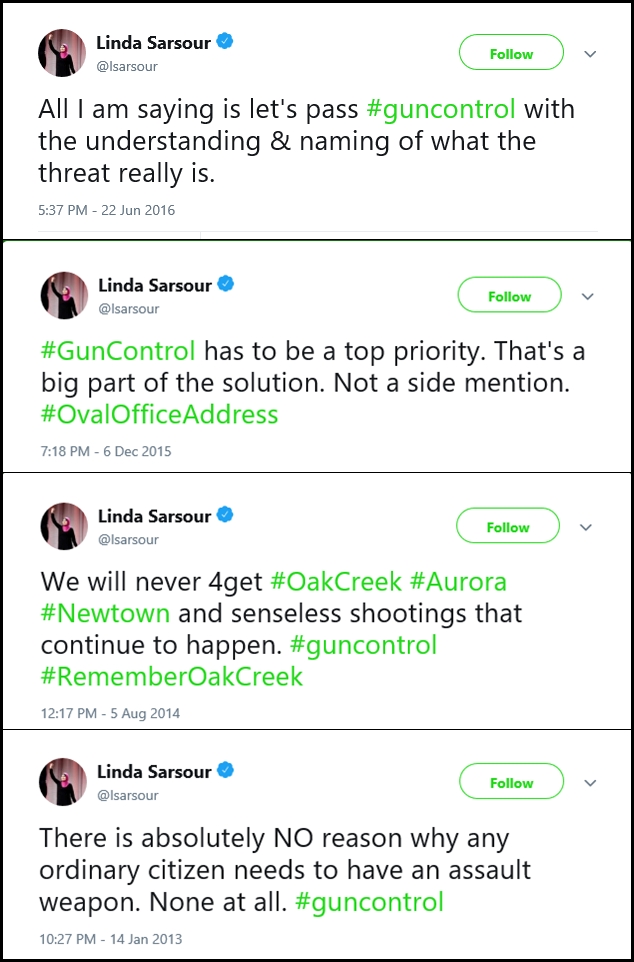 And once the dumpster fire has been ignited, we have the celebrities that once supported Sarsour coming out (very briefly) of their safe spaces to do the Mission Impossible thing and disavow “homegirl in a hijab.” 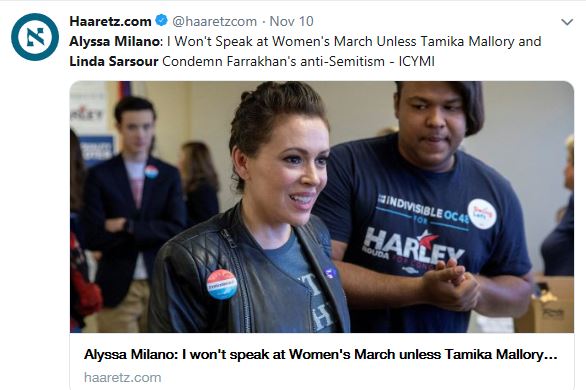 But unfortunately for dear Alyssa, the Internet does not self-destruct like the those old recorders in the TV show. 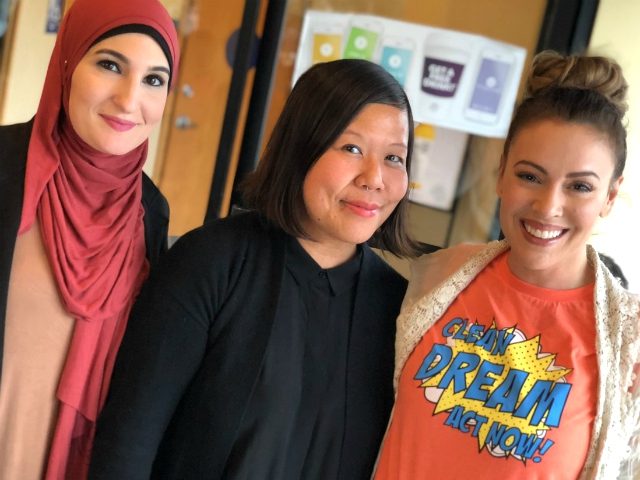 And, of course, Jews in Georgia should be a smidgen worried about certain candidate: 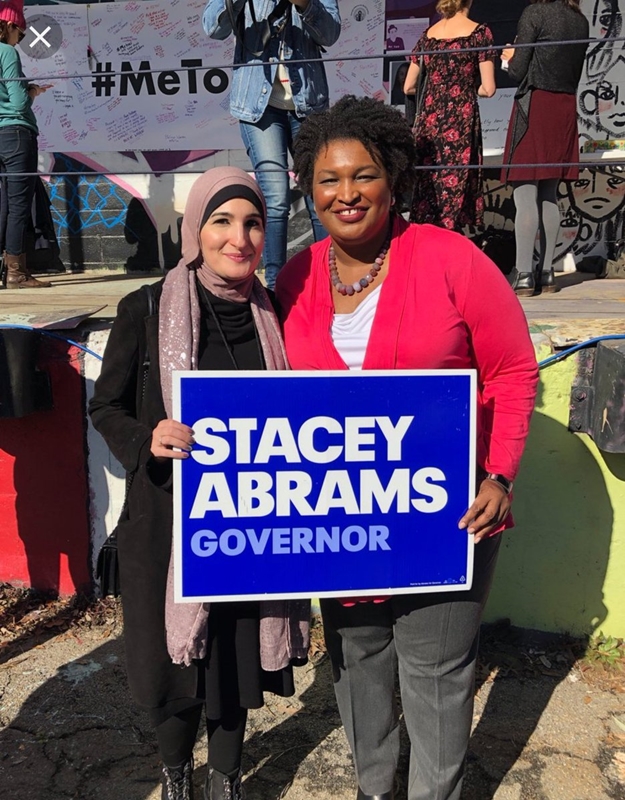 The Klan’s ideals now seems to come in different colors and religions but always seems to be centered around Democrats. Some traditions never die.

Oh well, it is their loss. We already knew about this heap of dung.

3 thoughts on “Progressive Flavor of The Year suddenly tastes like sh**.”