This is Mark Judson.  This is his campaign video for Congress in North Carolina.

Remember when I said I was worried that there was a class of military brass who were Leftist activists in uniform and wanted to create a Leftists junta in the United States?

Add Judson to my list of evidence for that. 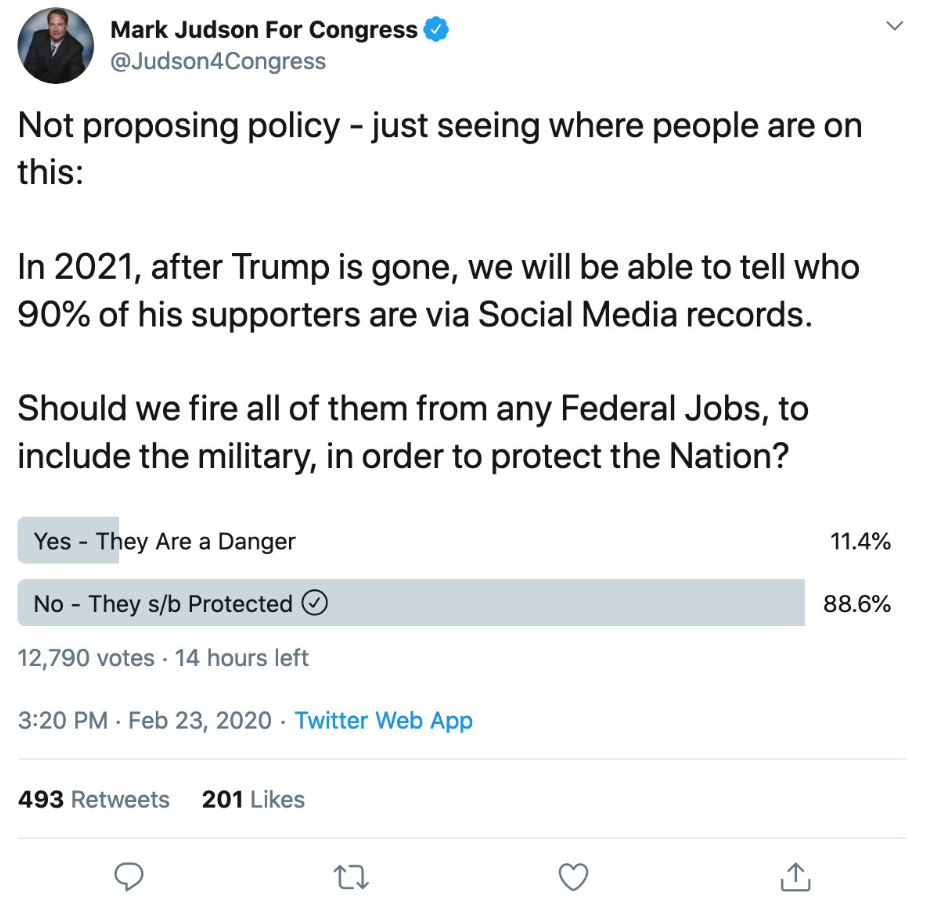 The fact that this idea even came to him is horrifying.

He is talking about a purge of the US Federal Government and the US Military of anyone and everyone who supported Trump, evidenced by their social media accounts.

This is, and I say this without an ounce of hyperbole – a Hitlerian and Stalinist idea.

Hitler and Stalin both purged their governments and militaries of anyone suspected of being disloyal to them.

Let’s say Judson did enact this as policy, what happens to everyone purged from the military.  I doubt he would want them to keep their post-discharge benefits, so he’d have to have them discharged under less than honorable conditions.  That will affect their ability to get jobs in the civilian world.  Especially any that are paid for from government contracts or municipal government jobs.

His goal is clearly to make a Federal Government and Military that is totally 100% loyal to the Democrat party and the #Resistance.

Can anybody say Junta?

He took this Tweet down, but that’s too little too late.  He let the mask slip and we all saw it.

For someone who thinks Trump is a dangerous authoritarian, this guy gives Stalin a hard-on.