Via Concealed Nation, a video that should be shown to every new shooter:

Squibs are scary as heck. If you are very lucky and have a big hunk of steel as a shooting piece, you will ruin it but that is as far as it will go:

However, if you are not lucky: 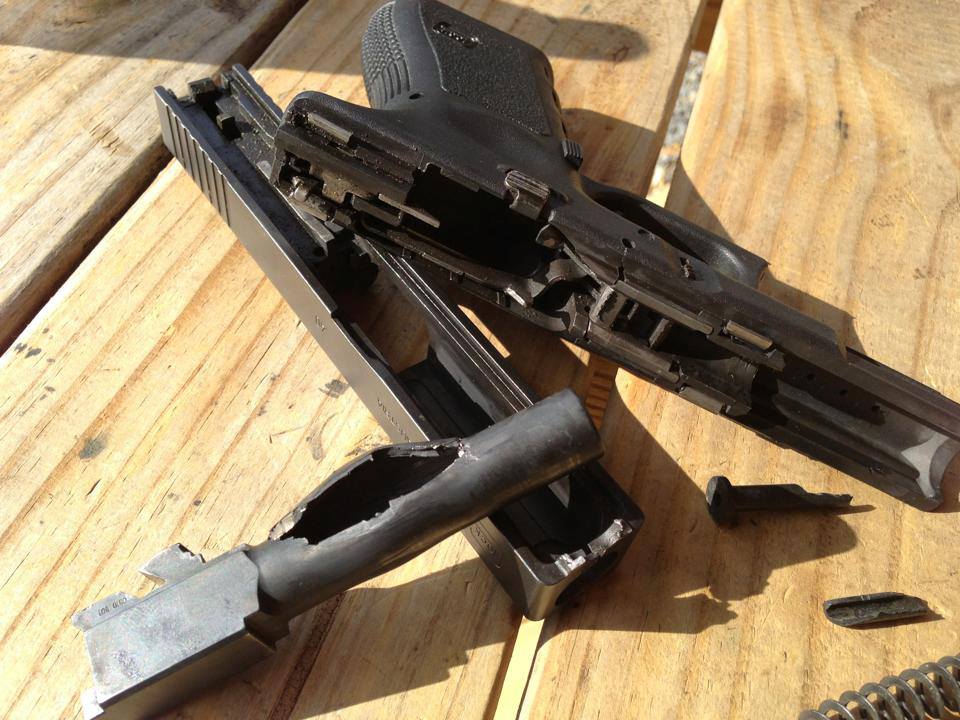 You have pieces of gun flying like shrapnel everywhere. You can do your own image search on that one.

As a reloader, I am well aware that I am at a higher risk for squibs than the average guy buying ammo at the local Wally World.  I take my reloading very seriously and will tolerate no distractions while on the press. That being said, I was not immune and had 2 incidents both at IDPA matches: The first one was so obvious, I stopped immediately, unloaded & proceeded to the safe area where with the proper tools I removed the bullet and returned to the competition.

The second squib that was scary as I did not feel it or hear it. Neither did the Safety Officer or the Score Keeper or anybody in the squad. The only reason that I did not have a magnificent KaBoom! was that the bullet only traveled so far down the barrel as making the full chambering of the next round impossible. When the next round failed to fire, I automatically did a malfunction drill (Tap-Rack) and when that failed, I repeated automatically. It was then when I stopped and we all realized the gun was out of battery but did not know why. The Safety Officer had me unload the gun and we took a quick peek inside the barrel where somebody with better vision noticed the bullet and called the squib.  It looked something similar to this: 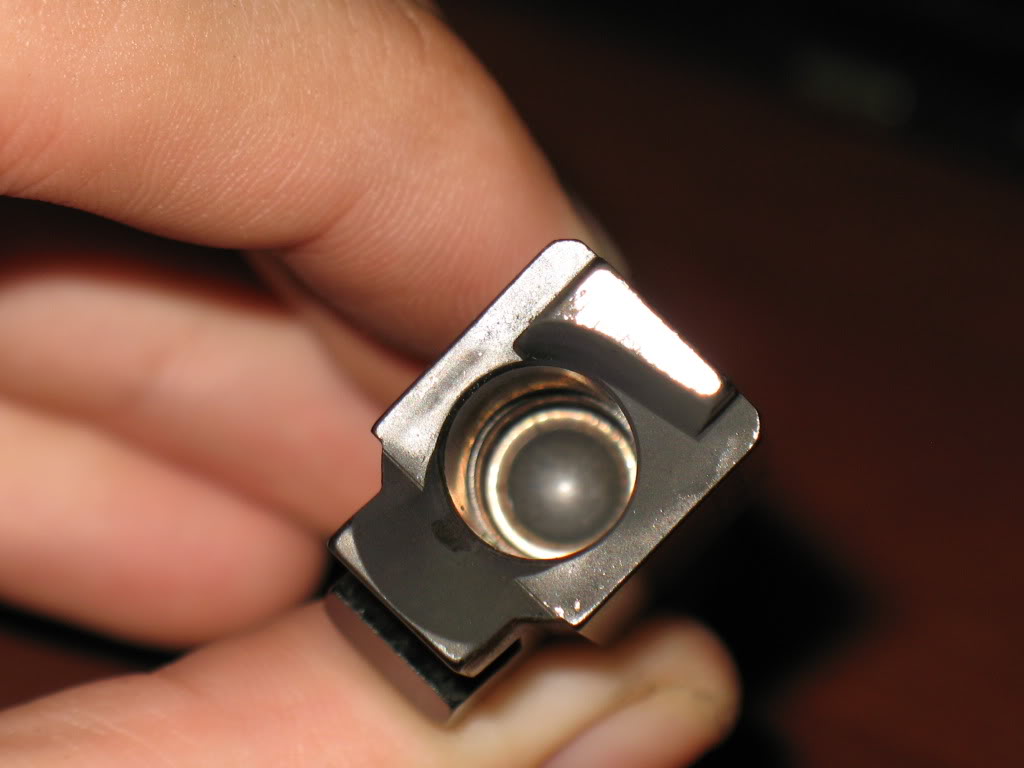 I left the line and a friend helped me remove the bullet. when it came out, we found out a chunk of what had to be half-burnt propellant attached to the base of the bullet.  Somehow during reloading a drop of some liquid or some other foreign substance had entered the case and altered the properties of the propellant.

That was it for me that day as I lost any confidence in the rest of the ammo. The good thing is I keep my batches to 200 rounds and bagged separately so I only had to reject about a 100 rounds left on that bag. They are now in the To-Be-Recycled can for whenever I feel I need to recover the components. We were very lucky indeed.