The celebrity chef that 2022 deserves

I recently saw this article come across my news feed:

So I guess I shouldn’t tell Jamie Oliver that I Koshered a brisket, did a Korean barbecue rub, and smoked it Texas style.

That much appropriation will probably make him cry.

(It also turned out damn good)

But if having to have your recipes checked for cultural miscegenation by Woke segregationists was peak 2022, buddy, it’s only January. 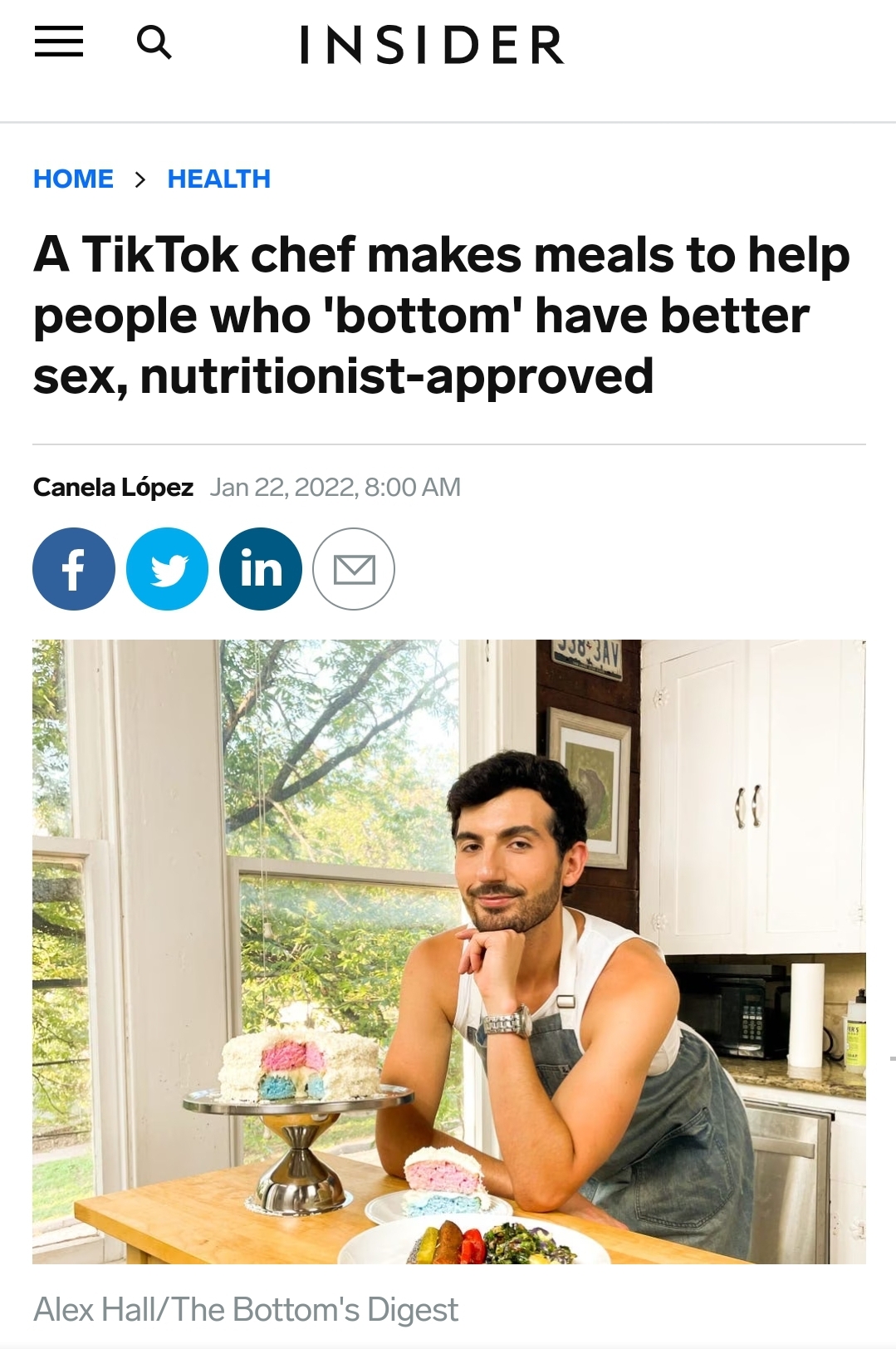 From Insider (which should really be Insidehim for this article):

“I would go and look up food that’s good for bottoming. There’s just like nothing out there,” Hall said. Any recipes that do exist tend to be vegan or primarily plant-based, he said.

With the help of his husband and co-founder of “The Bottom’s Digest,” Mike Floeck, Hall created high-fiber, bottom-friendly recipes that can work for many diets.

He includes plenty of fibrous ingredients like oats, vegetables, and whole grains in order to reduce bloating, gas, and any possible “messes” during sex. If he includes an ingredient that is low in fiber, like meat, he increases the amount of fiber in the meal. The same rule applies if a recipe calls for a lot of legumes or gas-producing vegetables, like broccoli.

That’s about enough of that…

As our frequent reader Ish notes, there are some gay people whose entire identity if being gay.  Everything they do, every movie they watch, all their friends, gay.

Their sexuality is their personality.

Well I can’t think of anything more explicitly that than structuring your entire diet around getting fucked in the ass.

As least you won’t have to worry about cultural appropriation with the Sodomy diet since I’m pretty sure Mexican and Indian foods are out. 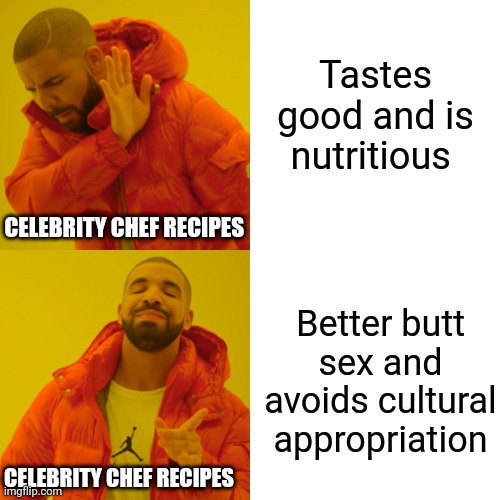 Like I said, it’s only January, I don’t want to know how much worse it will get from here.

How long until the FDA recommends eating bugs as part of an anal-sex friendly diet?

6 thoughts on “The celebrity chef that 2022 deserves”