Poe’s law is an Internet adage which states that, without a clear indicator of the author’s intent, parodies of extreme views will, to some readers, be indistinguishable from sincere expressions of the parodied views. (Wikipedia) 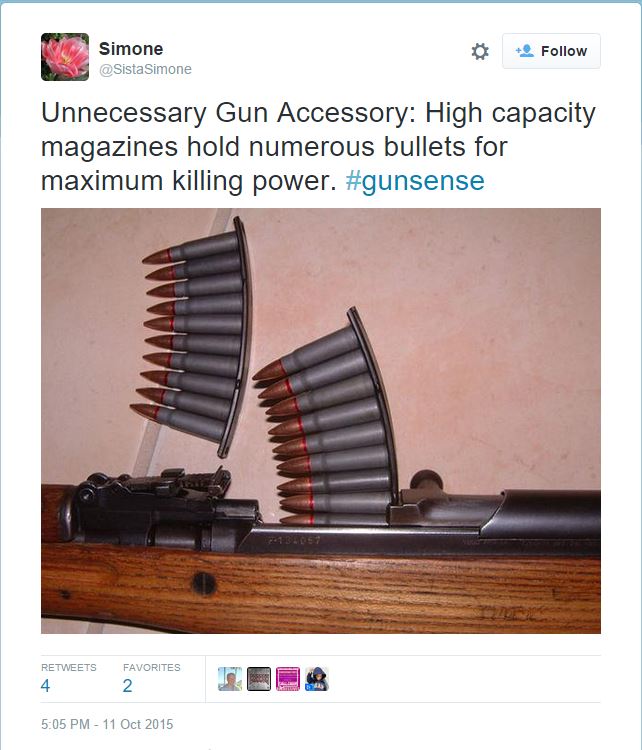 How wrong can one person be? Not an accessory, not a magazine, it holds 10 rounds which with the exception of NY, every Gun Control States considers fine and killing power is not defined by quantity but energy of the round.

Now, if this was the only example of sheer stupidity…it is not. 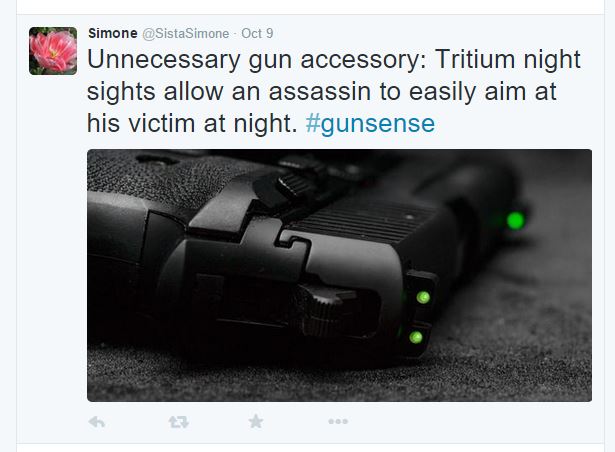 So we have been wasting all that money on tactical flashlights…damn it. 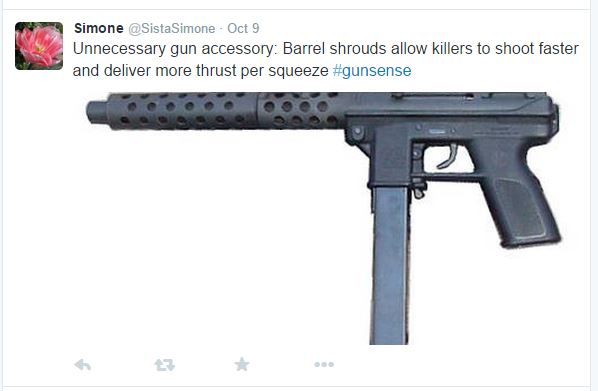 Not even the Shroud of Turin can accomplish that level of miracles! 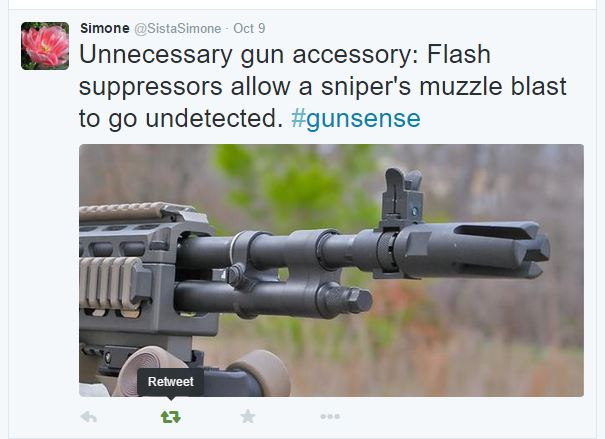 There are plenty more tweets with nonsense like this. @SistaSimone (if real) must have found some old posts or modern rehash of the Clinton Assault Weapons ban’s list of lies and distortions and she decided to give it a modern look. By what she posts on other subjects, I am inclined to believe that this is not a troll account but a real person… without much in the brain department.

And she votes. God help us.