The protest against Hawaii v. Trump

The hashtag #NoMuslimBanEver is trending because of the Hawaii v. Trump decision.

If I went by what the Left is saying, American customs agents can now ask people getting off planes in the US if they are Muslim and arrest them on the spot for it.  If they say “no,” customs can pull out a paint swatch and arrest anybody darker than the allowable tint on suspicion of being Muslim.

If I went by the SCOTUS decision, the President has the right to restrict non-citizens or legal aliens from entering the United States from nations that have such poor security that it’s not possible to separate terrorists from the other citizens.  Six of eight of these nations are Islamic, we are engaged in armed conflict in two of them and one is the worlds largest state sponsor of terror.

Going through Twitter on this hashtag I noticed a few Tweets that went way past simple accusations of Islamophobia and racism. 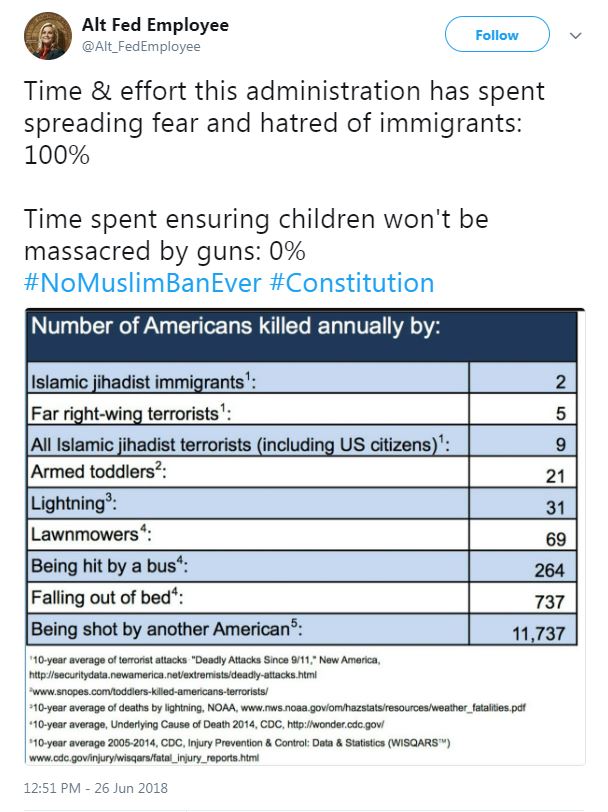 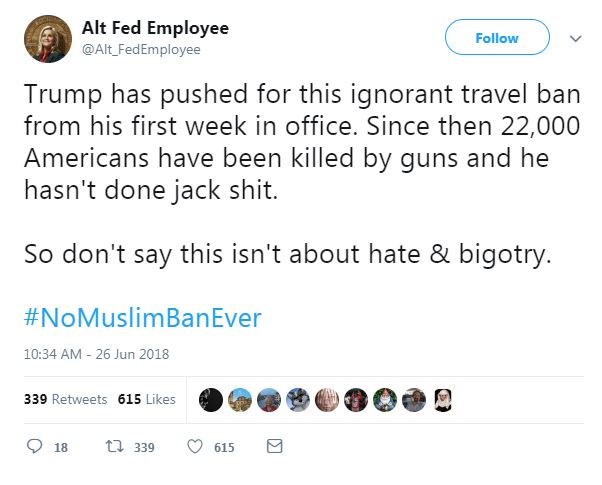 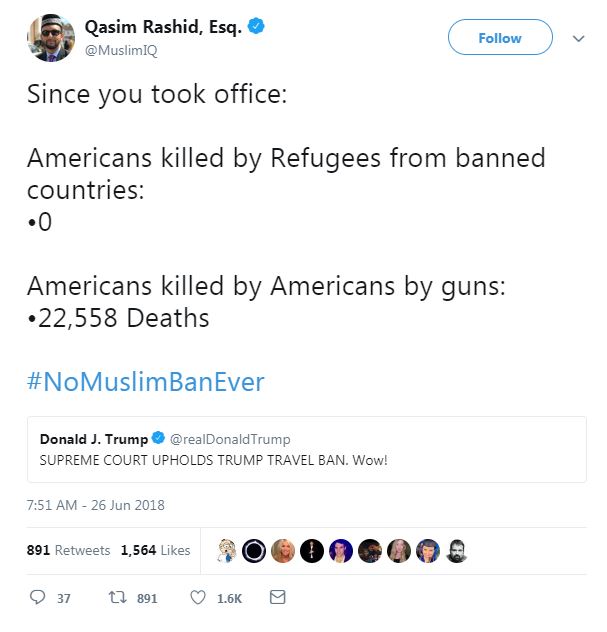 From reading this, you’d think that the Constitution didn’t have an Amendment that very specifically enumerated that “the right of the people to keep and bear Arms, shall not be infringed.”

Instead the Constitution must have some Amendment that says “the right of any person to enter the United States under any circumstances shall not be infringed.”

“The right that we don’t like and is clearly spelled out you don’t actually have; and the thing we really want but isn’t anywhere in the Constitution (and in fact the opposite might be spelled out) totally is a right.”

Reading comprehension is hard for some.

4 thoughts on “The protest against Hawaii v. Trump”