The Unsurprisingly Case of Gideon’s Army.

It all started with this photo in the I saw in the local paper last week of one Cleveland Shaw. 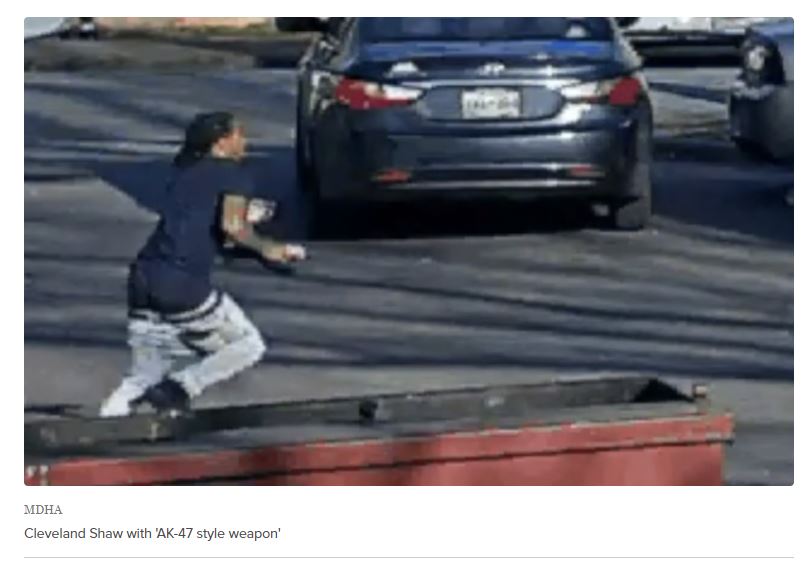 The article mentioned he worked for a Nashville anti-violence, anti-gang group called Gideon’s Army. The screen capture from that generated this video came about the investigation of a shooting where a three year old girl and a member of Gideon’s Army ended up shot to death. One of the local TV stations started to investigate and things got weird: The member of the alleged Anti Violence group, hired as “Violence Interrupter” (WTH is that?) apparently was a notorious gang member and he was being paid by Gideon’s Army who get their funding from private donations and taxpayers money. 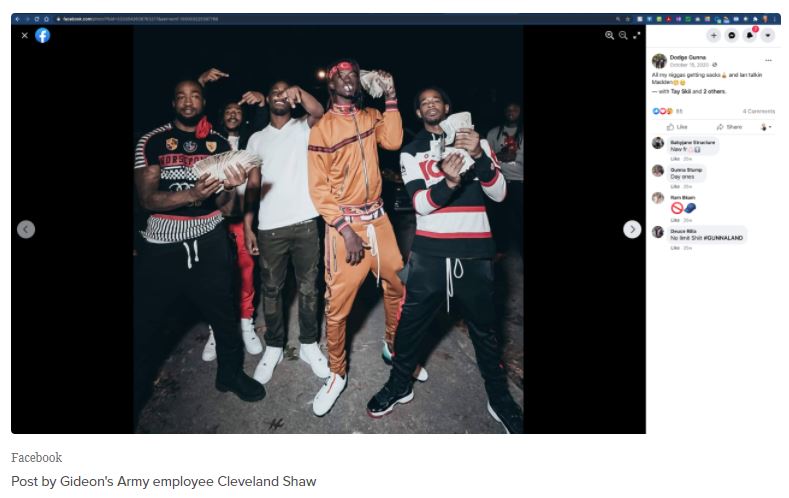 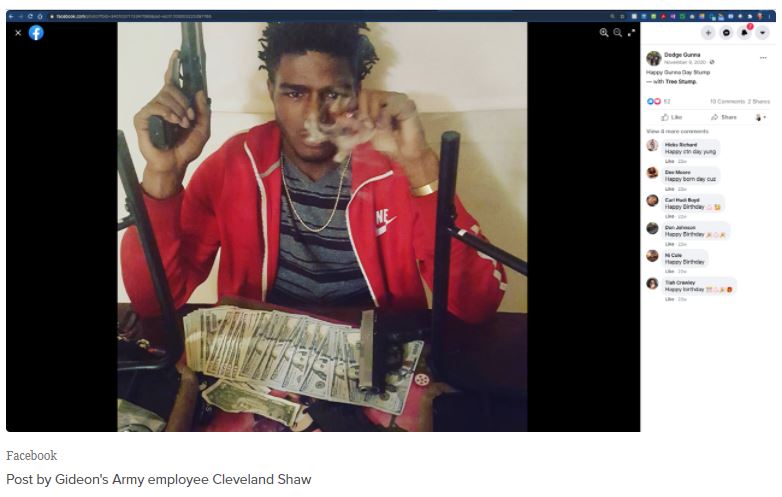 Gideon’s group not only has rejected any blame or shown contrition, but it has commemorated Cleveland Shaw’s life. But it is not surprising since the group’s initial claim of being anti violence and contracted by the government to assist police in making PR inroads in certain areas of Nashville plagued by violence and help by de-escalating situations have actually done none of the such, but they kept collection monies and even recently convinced the Metro Council to fork over a million bucks.

NewsChannel5.com found social media posts by the group’s leaders that are downright the opposite of what they were contracted to do and in some cases downright hostile and racist.

Those posts include descriptions of white people as being a “pestilence” accidentally unleashed on the world by an ancient scientist, suggestions that police should be made to fear going into Black neighborhoods, even descriptions of Meharry Medical College’s highly respected president, Dr. James Hildreth, as a “house n****r.”

Gideon’s Army founder Rasheedat Fetuga brushed aside such questions, insisting those comments by her team do not represent their real focus.

But wait, there is more:

“I’m talking about the Caucasian race, man. You know what I mean?” Godbody said in a video posted last year. “Ever since they’ve been on this motherf**king planet, they have caused chaos, confusion, destruction.” … “When have any people on the Earth ever lived in peace with white people? I’ll wait. Yeah, I thought so. Never. Never. You cannot live in peace with them.”

Then, there’s Chef Mic True, Gideon’s Army’s community director, a position that sometimes puts him on the streets with the area’s children.

“Y’all want to know what real kings, warriors and Gods do? Huh? They wage war on their enemies. We’ve been motherf**king passive too long,” True said in one Facebook video.

And here comes the most beautiful part of this whole chapter, at least in my biased views. Guess who is one of the groups funding this most excellent “Violence Interrupter”  organization?

As I said in the title of this post, it is unsurprising that a local government went stupid enough to keep giving monies to a group with links to violent gangs and not really delivering what they signed to do. And I am not surprised Bloomberg’s monies also landing with this collection of racists since they do not achieve their political goals with peace but by the death of the innocent so they can wave the bloody shirts in support for the restriction of our rights.

I recommend you click on the links above and read the full articles as they are full with more information and more importantly, the attitude of the Gideon’s Army leaders who can be basically described as “We don’t give a *** what you think or care about what happened.”

5 thoughts on “The Unsurprisingly Case of Gideon’s Army.”