The youth need to lose

I think the most annoying thing about David Hogg’s movement is his slogan “The young people will win.”

I was a kid once, not terribly long ago.  When I look back, it amazes me just how little I knew about stuff when I was younger, and I wasn’t a dumb kid.

The Dunning-Kruger Effect is real, and young people are as highly motivated as they are because of it.  The are very enthusiastic because they know nothing.

Remember, David Hogg was the high school kids who said “when your old-ass parent is like, ‘I don’t know how to send an iMessage,’ and you’re just like, ‘Give me the fucking phone and let me handle it.’ Sadly, that’s what we have to do with our government; our parents don’t know how to use a fucking democracy, so we have to.”

So there is another youth movement building with a march scheduled for July 21st called Zero Hour.

The Zero Hour movement started with our founder, 16-year-old Jamie Margolin, a fierce climate justice advocate, who has been working tirelessly for the last few years to move her home state of Washington to adopt common sense climate change laws. Frustrated by the inaction of politicians and the fact that youth voices were almost always ignored in the conversation around climate change and the profound impact that it would have on young people, Jamie started gathering several of her friends in the summer of 2017 to start organizing something big, something hard to ignore! 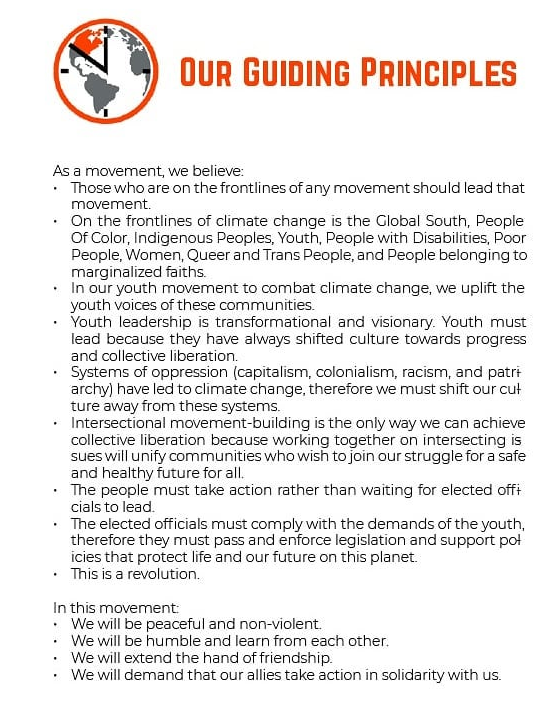 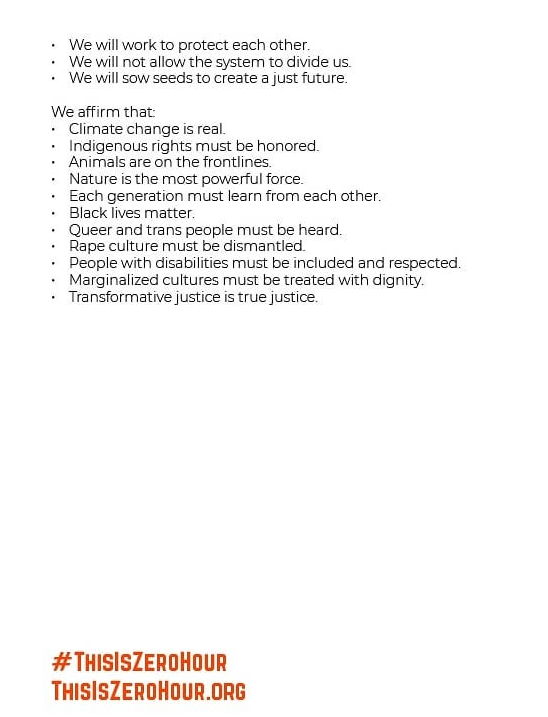 The “front lines” of the movement (from point No 2) is pretty much the intersectionalists list of “everybody but straight white people” so this whole thing is motivated by identity grievance politics.

Capitalism, colonialism, racism, and patriarchy have let to climate change and getting rid of those will fix it?  Because when I think of places where the air and water are clean I think of bankrupt socialist or communist nations where there are literally rivers of trash.

I guess when you are young, you know nothing about Chernobyl or Norilsk.

This is Intersectional Communism.  This isn’t just “lets turn the US into Venezuela.”

This is “lets fast track turning the US into Venezuela with the added issue of of racial civil war.”

But of course these kids are getting praised up and down for their activism.

I resented my dad when he told me to study up on something before voicing an opinion.  Now I realized how right he is.

A whole lot more parents need to sit their kids down with a history book before they let them march.

Righteous indignation and ignorance is a more destructive force than any nuclear weapon  ever developed, and these kids are about to drop a couple of megatons of it on the US.

12 thoughts on “The youth need to lose”