They’ll eat their own: Joss Whedon went into cyber-hiding.

Joss Whedon is the screenwriter and director responsible for both Avengers blockbusters as well as television favorites “Firefly” and “Buffy the Vampire Slayer.” Unsurprisingly, Whedon is also an outspoken leftist who uses his Twitter feed to mock and ridicule conservatives. He thinks politicians who deny climate change should be denied penicillin, believes men should be denied the vote on “reproductive health,” and despises Justice Clarence Thomas and organized religion. He certainly hates all the right people — so why are progressives mad at him? It seems one of his strong female characters isn’t quite strong enough for radical, third-wave feminists.

I have not seen the movie (Or plan to unless it comes to USA Network) so I am going with what was said online. Apparently he dared to make the Black Widow somewhat human with frailties and that upset a lot of fans.

This is hilarious since Whedon has a history of creating strong female characters and some people have said that it has inspired many a young girls to grown into a strong female which is great. But there is a problem with that: Strong Women reject Bitchy-Whiny  Feminists.

Strong Women are what the want to be. They can be sexy and giggly or Serious and All-Business. They will worry about their figures or about their kids. They may do CrossFit or long-range rifle shooting. But what they are not and never will is purposeful Victims and will not tolerate Gamma Mates. They are looking for a partner, not Pajama Boy (or girl).

It seems that Whedon’s work was not appreciated by the Bitchy-Whiny  Feminists who are part and parcel of the political universe he lives in. And maybe that is the reason he creates Strong Women characters: The pickings are slim on his side of the fence. Insecurity is not sexy.

And I found this collage in Facebook. We may need all the cheese in Wisconsin to counter the whine. 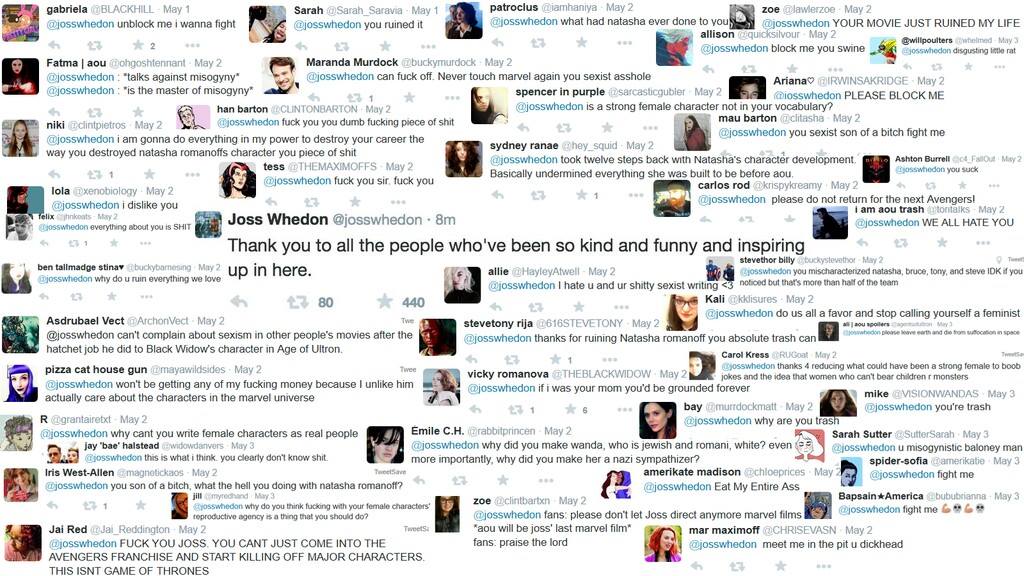 7 thoughts on “They’ll eat their own: Joss Whedon went into cyber-hiding.”