Thoughts about the 2015 Hugo Awards.

If you are planning on burning down the house, it behooves you not to stay inside or it defeats the purpose.

Saturday night, I was working on my book when I decided to take a break and remembered that the Hugo Awards were on and probably the results in.  I got in Facebook and Twitter to check and found out that the ceremony had not begun yet as they were in the Pacific time zone. I decided to follow the Twitter Feed and commenting over in Facebook with others doing the same.

This might be my third post about the Hugos and the Sad Puppies controversy. I am not a fan of SciFi but I have sided with the SP project because I am a fan of Larry Correia and I wanted to see if the Social Justice Warriors in power would follow the standard script that the extreme Left applies to other aspects of life.

I am sad to report that was the case.

The awards ceremony became a Kick The Puppies fest. Insults veiled and not so veiled being told by the presenters were being reproduced via Twitter with a syrupy glee. And then the asterisk made its presence: 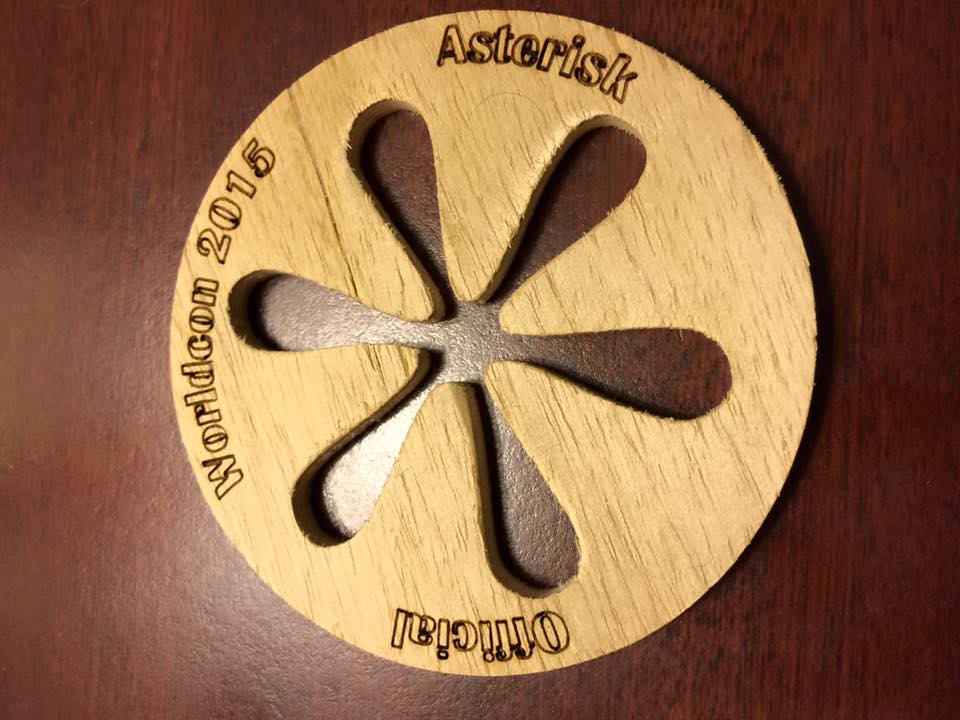 And then it went into stupid high drive. Five major categories went No Award. Not because the field had no nominees or the works sucked but because they were somehow associated with the Puppies even if they were not part of the nominations as it happened to Baen editor Toni Weisskopf. Let me put it in perspective for those who are not hip in the Hugos: In the sixty plus years of the award, only five times before a category went No Award. That doubled in one swoop on Saturday night.

It gets worse: People in the audience cheered at every No Award that blocked a Puppy.

It hit bottom when the presenters ordered the few who booed the No Awards not to do so and only cheering was allowed. Yes, that petty.

My take: The winner of the 2015 Hugo Awards is (drum roll): Baen Books and any Non-Tor publishing company.

Are you going “huh?” Allow me to explain. The Sad Puppies’ original and still running statement was that SciFi was dominated by a clique of people who were not accepting works others than those that fit a certain stance. That was a charge that was denied by  the SJW/Chorfs (Social Justice Warriors/Cliquish, Holier-than-thou, Obnoxious, Reactionary, Fanatics.) Sad Puppies went on to prove it by getting people to nominate what they liked and not what was recommended by the SJW/Chorfs as accepted works of Sci/Fi and managed to capture several important slots pissing the bejesus out of the Establishment.

Some in the SJW/Chorfs Upper Management decided to ask their fans to vote No Award without even bothering to read the books. Those who had at least half an ounce of brain on their side, thought it was the wrong move. But the issue with those in power is to know when to exercise it and specially to win long-term and not to become abusive with it because people will be repelled by it. But when the SJW/Chorfs yelled “WE ARE ALL INCLUSIVE!” and at the same time excising works because they were on a list of unerwünscht authors, they proved the Puppies point and they underlined it with their behavior at the awards.

In the short-term future, the SJW/Chorfs will be celebrating and collecting a short-lived payday. But will happen (mark my words) is that authors who get their manuscripts rejected will no longer think “Crap, I guess I have to do better” but  “Maybe is it my work or maybe is it my beliefs that these people don’t like.” And if a SJW/Chorfs-rejected author gets picked and published by other companies, the word will spread like fire that no matter how great a writer you could be, you need a level of political purity to even pass the Silver gates of the SJW/Chorf Kingdom much less get published by them.

One last piece of advice to the SJW/Chorfs: You confused politeness with weakness and being an asshole as the equivalent of strength.

Learn from your mistake as fast as you can and apply it in real life.