When Reality hits you in the face. 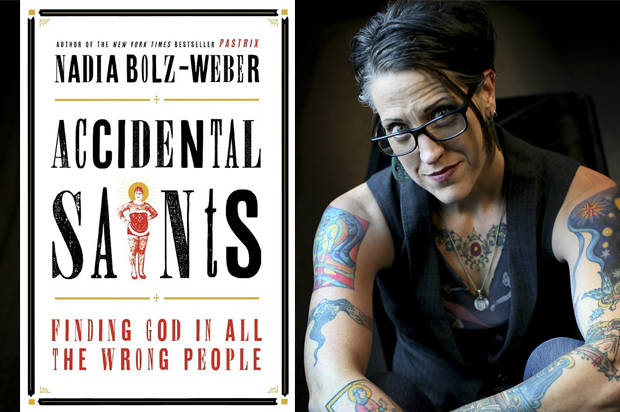 I immediately thought of Clayton and his heretofore foreign worldview, weighing it against how I now felt instinctually glad that my brother would be able to react if a crazy person tried to hurt our mother. And how, at the same time, it felt like madness that I would be glad someone was carrying a gun to church. But that’s the thing about my values—they tend to bump up against reality, and when that happens, I may need to throw them out the window. That, or I ignore reality. For me, more often than not, it’s the values that go.

Source: Confronted by my own bullsh*t: I wanted to be the voice of nonviolence for my church after George Zimmerman’s acquittal, but all I could do was cry for all my inconsistencies – Salon.com

Go read it. It is an interesting beginning in soul-searching and she still has long to go.

She won’t probably read this post, but in the off-chance: One of your watershed moments will be when you can eliminate the concept of violence as purely evil. Think of violence on its basic definition: behavior involving physical force intended to hurt, damage, or kill someone or something. What can be evil is its application as in hurting somebody to obtain a gain against their wishes. A criminal using violence regardless of the tool, to rob money, or satisfy a bruised ego or obtain sexual satisfaction from a woman; yes, those are evil uses of violence.

Your internal conflict comes from realizing that there are truly good applications of violence such as the defense of oneself and our loved ones or the innocent and that it is morally reprehensible that others should suffer or die because we are programmed with the silly (and dangerous) notion that all violence is bad. The other part of the conflict is the misuse of the legal definition of violence (the unlawful exercise of physical force or intimidation by the exhibition of such force) to define a philosophy or a way of life. Non-Violence is  defined as the personal practice of being harmless to self and others under every condition. It is the last part which many of us find reprehensible and immoral for the reasons explained in the beginning of this paragraph: To do nothing when your life is about to be extinguished by others is against nature. To do nothing when the life of your loved ones or the innocent is threatened by evil individuals is to be complicit in their deaths: you may have not pulled the trigger or drove the knife into the chest, but you morally share the guilt if you were in a position to do something and chose not to.  Your guilt goes exponential when you work to impede others to from defending themselves or others under that faulty and immoral code of Non-Violence.

I am willing to bet that your token conservative is one of the nicest, sweetest, less “violent” persons you know. It comes from being prepared and understanding how violent evil hurts others. We do not seek or desire such a thing for anybody and strive for deconflict by other means, but when all other options are spent, we will inflict violence rather than allow evil to triumph.

“One bleeding-heart type asked me in a recent interview if I did not agree that ‘violence begets violence.’ I told him that it is my earnest endeavor to see that it does. I would like very much to ensure—and in some cases I have—that any man who offers violence to his fellow citizen begets a whole lot more in return than he can enjoy.”

14 thoughts on “When Reality hits you in the face.”