When you don’t have the information but make a case for gun control anyway.

The shooting started after midnight at a concert at a billiards hall in the 7600 block of Northwest 186th Street, an unincorporated area of the county west of Miami Gardens, Miami-Dade Police Director Alfredo “Freddy” Ramirez said.

Two people were killed in the gunfire and 20 to 25 others suffered gunshot wounds. One of the injured is in critical condition.

2 killed and more than 20 wounded in mass shooting at a concert, Miami-Dade police say.

This is still a fresh crime scene and although the real investigators may have an idea why it happened, they are not have anything firm yet and they are not just saying “gun violence” and forgetting about it.

As usual, the first 24-48 hours produce nothing but garbage information wise. The address given for El Mula Banquet Hall actually shows what appears to be an outdoor car detailing operation. However, there is a “billiard” hall nearby called The Magic Mushroom. 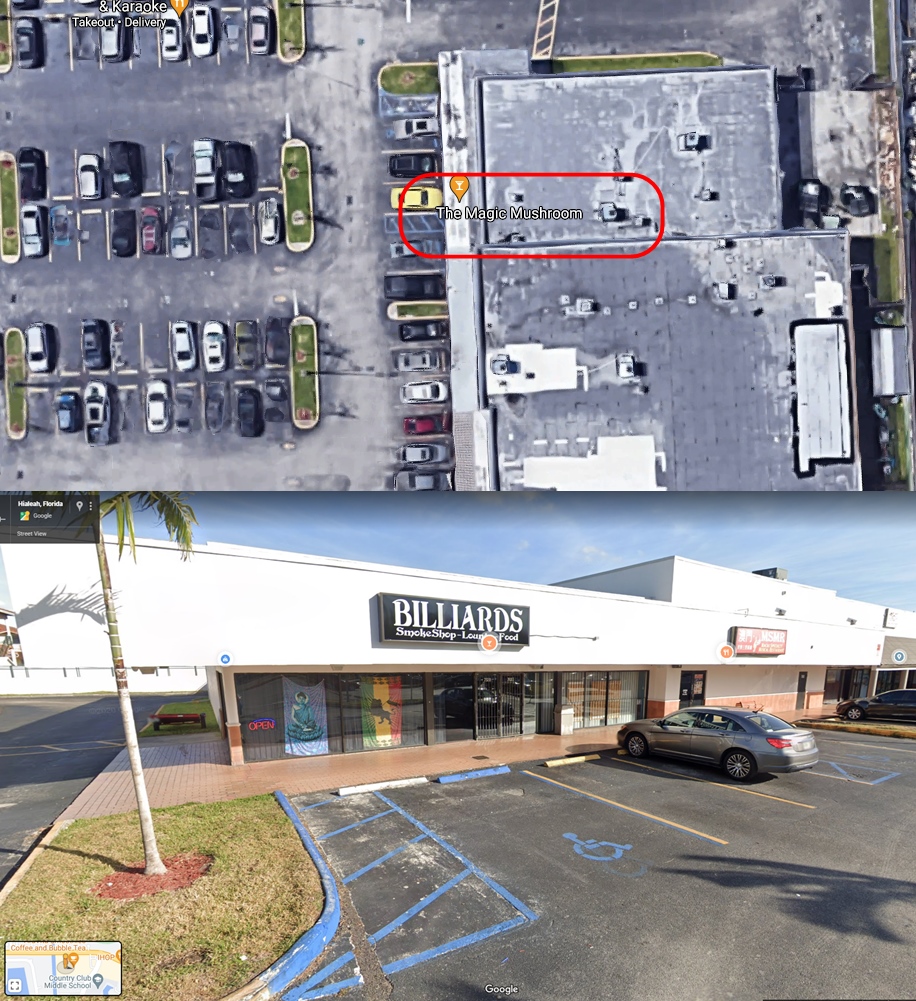 This does not look like your local theater/concert hall where you can take your wee ones to see Sponge Bob on Ice. As for Banquet Hall, I can’t see people celebrating a First Communion party or a Quinceañera here either.

I am going on a limb and predict this is just another Night Club shooting to which we are damn tired to have down here in South Florida. “A Stupid Place to hang around with Stupid People doing Stupid Things” as we say  in our parlance and probably a response to some faux outrage in between groups of certain people of certain culture which should remain unaddressed by authorities lest they get tagged with politically unsavory labels. So it is easier to come and blame the generalized “sickness” of “gun violence” and stay safe within the Woke/SJW/Politically Correct realm.

And yes, if the melanin tone is the one I think, this case will disappear soon enough from the Media radar and only be mentioned in passing to add to the “statistics in gun violence.” What caused it and the true remedies? Hell no, they don’t need those.

And as for Miami-Dade Police Director Alfredo “Freddy” Ramirez, it is a good thing for the Department and the County that MDPD will revert back to g=be a Sheriff’s office and its head elected by the community. I hope we get a Judd Grady-like Sheriff.

3 thoughts on “When you don’t have the information but make a case for gun control anyway.”