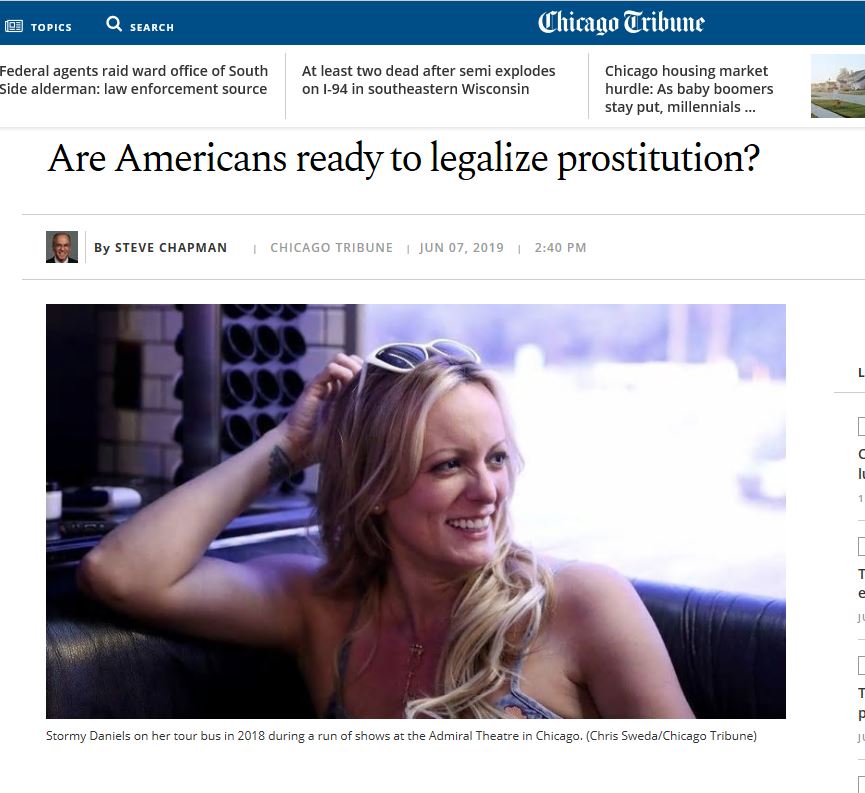 So they have a picture of Stormy Daniels, who jokes and all, is a high end prostitute. Even the pic does not show her like one but as a wholesome American girl next door.  Hey! Prostitution cannot be that bad if it looks like that, right?

But how about we inject a dose of reality and use the make and model of prostitute more commonly found on the streets? 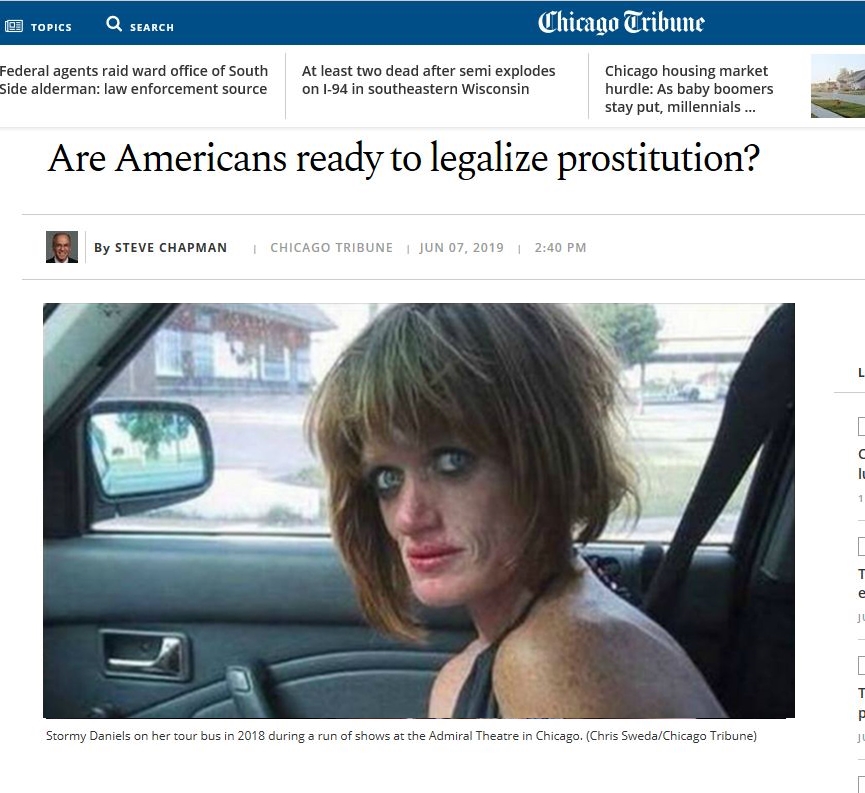 All of the sudden, the idea is not that appealing for selling.

I am not talking sides on the issue, just making a point on Truth in Advertising.

Later: You know? There is a meme screaming to be created. 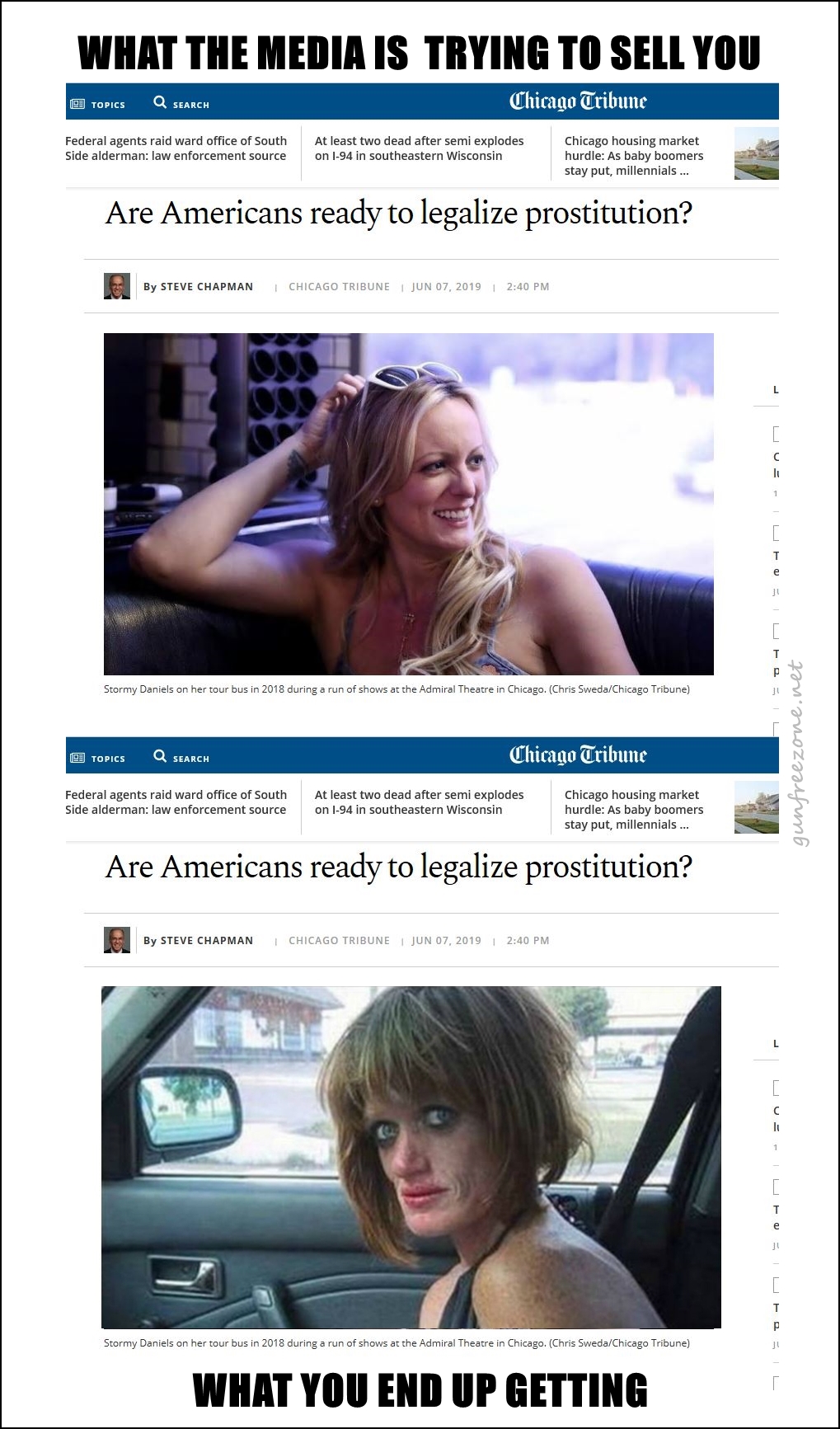 5 thoughts on “Why the subterfuge?”