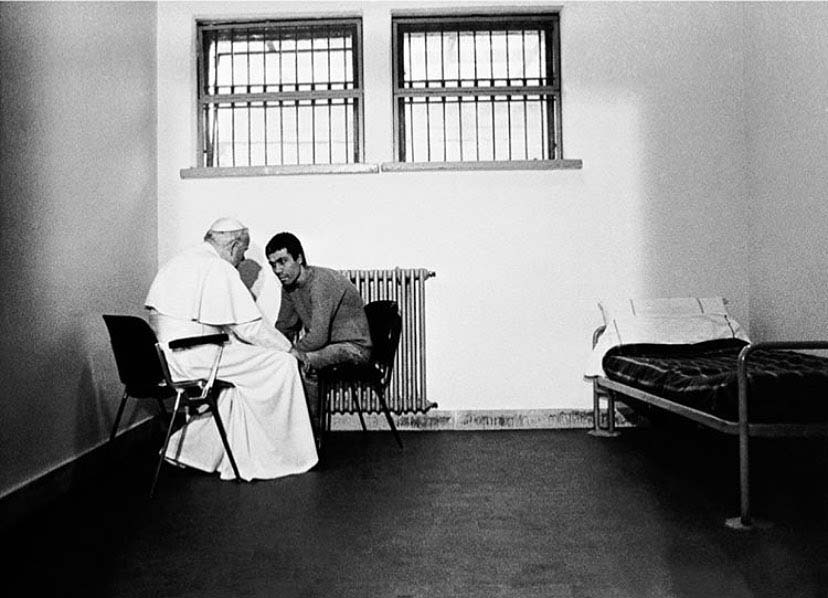 Pope John Paul II talks with Mehmet Agca, the man who tried to assassinate him, in an Italian prison, 1983. After these many years, this photo never fails to make me believe in good people. I truly believe Karol Józef Wojtyła is the best Pope we had in my lifetime.