I took screen grabs of this just in case Twitter tries and memory hole it. 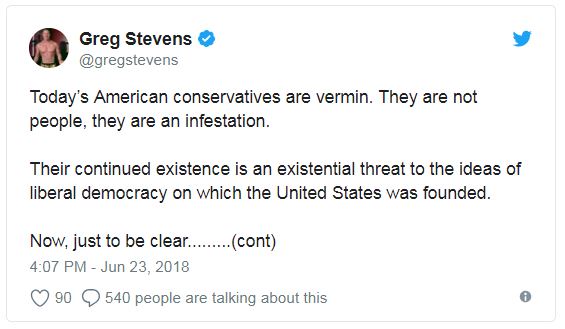 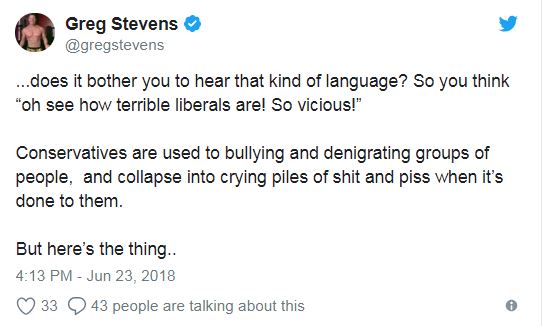 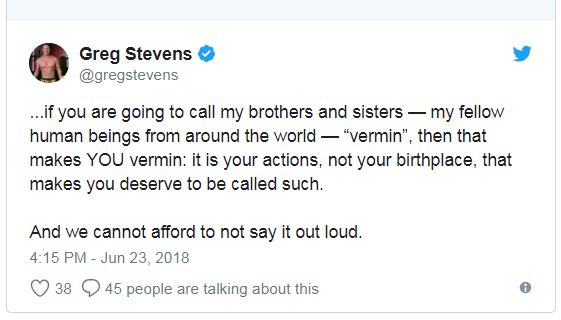 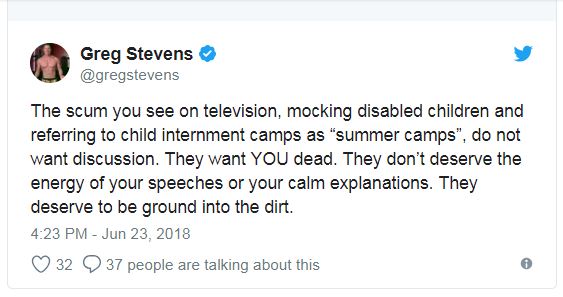 So this guy decided that Trump supporters are Nazis and therefore vermin and so he is fully justified in sounding like a Nazi when talking about them.

Except everything he asserts is wrong.

I’m still trying to figure out where these gay concentration camps are and I haven’t seen CNN report that ICE is arresting people en masse for having Hispanic sounding names.

Yes, there are problems with family separation and the solutions are not easy, but this isn’t the same ballpark as Nazisim.  It’s not even the same sport.

That is irrelevant because HE HATES YOU and he through of you as vermin long before the immigration issue became the Two Minute Hate du jour, this was just his rationale to let the hate out.

I didn’t vote for Trump.  I’ve come around on him most of the way because of things like taxes, Israel, and Korea.  I know that I will be lumped in with the MAGA crowd if this guy has his way because I am a Republican and don’t full throatedly hate Trump.  Remember, the grandkids of Germans who married Jews were sent to the camps too.

My people have been called vermin before.  The actual word they used was “untermensch.”

I swore if it happened again, I would be ready.