Do you remember when the Cato Institute was the Hall of Libertarians? 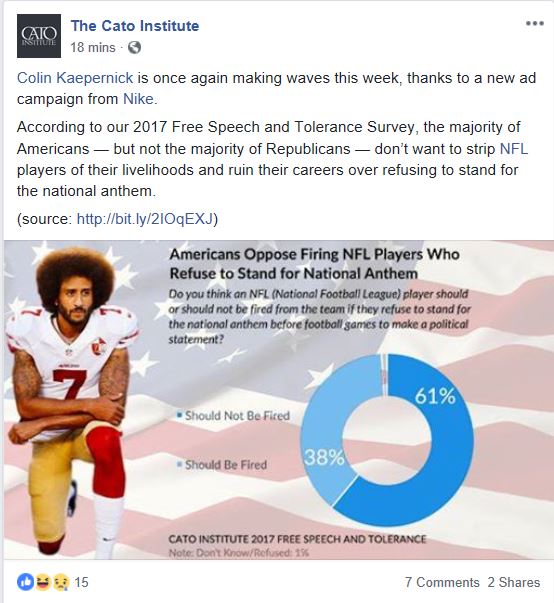 And who fired this bad Chia Pet because of politics or Freedom of Expression? He got released because he simply sucked at his job and it was costing the team. Why insinuate a lie?

I used to listen to the Cato Institute’s podcast a lot. As a conservative, there were things I did not agree with, but they were not that many. The take I got from libertarians was that you are to enjoy your freedoms but also were responsible for your undoings and fixing them.  No problem with that at all.

Then, in one podcast about the Mexican Drug Cartels, I detected something weird. The first part was a lady talking about the terror campaign against journalists and even bloggers by the Cartels. If you wrote or published something they did not like, they simply killed you in a horrific manner. The next person was a Mexican gent, don’t remember his name but he was introduced as a Cato Institute Fellow. After some initial remarks and explanations, he riled on how all the crap happening because of the Cartels in Mexico was 99.44% the fault of the Americans. He pretty much Absolved anybody south of the border of the drugs and its mayhem.  Now, I am used to hear that excuse after many years of having to deal with socialists in Venezuela, but I expected that the “Blame the Gringo” shit would have not been welcome in the Cato Institute.

The guy got a hearty applause. Not a polite applause, not golf clapping and people getting up and leaving for the bar, but a thunderous applause. What the hell? After that, I pretty much ended my wasting of time with Cato and libertarians (Libertarians?) And after the Jester-fest that the Libertarian party became in the last elections, I had not paid much attention to them till just now after they posted what it could be defined as Fake News.
So sad.

3 thoughts on “Do you remember when the Cato Institute was the Hall of Libertarians?”