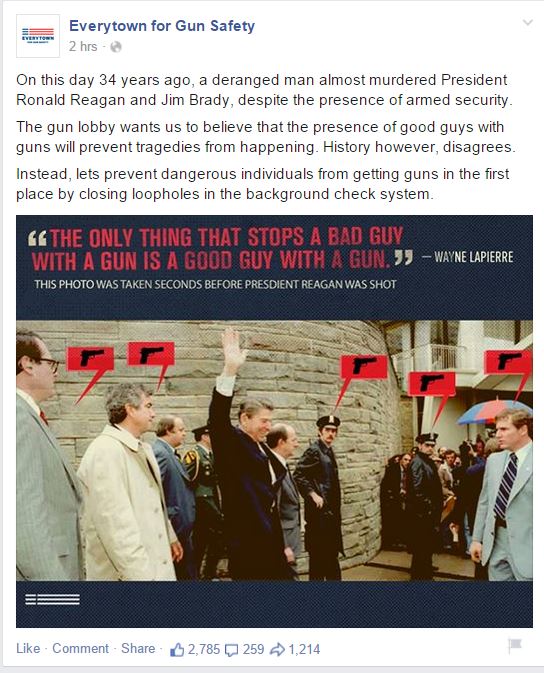 I always find fascinating how the Opposition twists the facts to mold them to their immediate needs. First, the first duty of a Secret Service agent in the presidential detail is not to engage in a gun battle with an assassin but to make sure the President survives such attack even if it means stepping in front of a bullet like Agent Tim McCarthy did.

The kick then and now was that both Hinckley and Chapman (Lennon’s killer) would have passed the background checks without a hitch since neither was a felon, had been adjudicated mental incompetent or where known abusers of alcohol or drugs.

And, of course, a touch of class was added by a few: 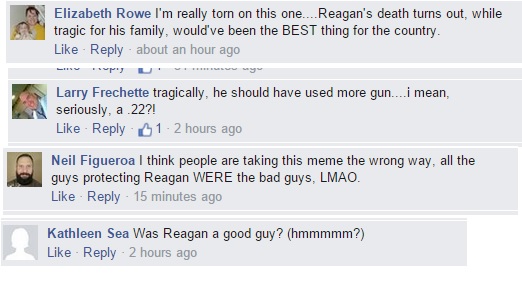 It never changes….. good! It makes our job easier.