Is David Hogg hitting the pipe? 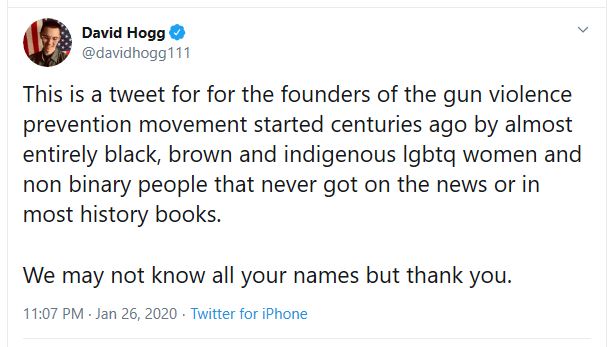 This tweet makes absolutely no sense whatsoever. If there was a group of people that were into the “Gun Violence prevention movement” were precisely Whites like him that staring in Colonial times made sure  Black, Brown and others had no access to firearms lest they get uppity and defend themselves and their rights.

And after looking at his latest image, I do believe an intervention may be needed.

11 thoughts on “Is David Hogg hitting the pipe?”