Is this supposed to frighten me?

This came across my feed.

US could be under rightwing dictator by 2030, Canadian professor warns

The US could be under a rightwing dictatorship by 2030, a Canadian political science professor has warned, urging his country to protect itself against the “collapse of American democracy”.

“We mustn’t dismiss these possibilities just because they seem ludicrous or too horrible to imagine,” Thomas Homer-Dixon, founding director of the Cascade Institute at Royal Roads University in British Columbia, wrote in the Globe and Mail.

Homer-Dixon’s message was blunt: “By 2025, American democracy could collapse, causing extreme domestic political instability, including widespread civil violence. By 2030, if not sooner, the country could be governed by a rightwing dictatorship.”

The author cited eventualities centered on a Trump return to the White House in 2024, possibly including Republican-held state legislatures refusing to accept a Democratic win.

A “scholar of violent conflict” for more than four decades, Homer-Dixon said Canada must take heed of the “unfolding crisis”.

“A terrible storm is coming from the south, and Canada is woefully unprepared. Over the past year we’ve turned our attention inward, distracted by the challenges of Covid-19, reconciliation and the accelerating effects of climate change.

This is the original headline and article from the Globe and Mail, but it’s behind a pay wall.

If the next presidential election reveals the U.S. hurtling toward possible violence and autocracy, should Canada try to intervene?

This is little more than Canadian TDS.

They promised us that Trump would round up the guys and put them in camps.  Instead we got trans-activists in schools putting out kids on hormone blockers.

Honestly, I’d give it up for an American Right wing dictator if he could make gas $1.79 a gallon, get the LGTB activists out of our schools, and commies out of our government.  Encourage patriotism, wood chipper pedophiles, and end Woke/CRT for good.

Right now the actual future American dictatorship seems more and more like all of America being turned into NYC/LA/San Fran by Imperator of Diversity, Equity, and Inclusion Alexandria Ocasio-Cortez.

Not to put to fine a point on it but Justin Trudeau recently said out loud:

“We are going to end this pandemic by proceeding with the vaccination,” said Trudeau in French.

“We all know people who are deciding whether or not they are willing to get vaccinated, and we will do our very best to try to convince them. However, there is still a part of the population (that) is fiercely against it.

“They don’t believe in science/progress and are very often misogynistic and racist. It’s a very small group of people, but that doesn’t shy away from the fact that they take up some space.

“This leads us, as a leader and as a country, to make a choice: Do we tolerate these people? Over 80% of the population of Quebec have done their duty by getting the shot. They are obviously not the issue in this situation.”

Of all the fascist language floating around, the Left seems to be the ones really putting it out there, attacking freedom loving people and blaming them for problems they (the Left) caused.

I’ve been wondering if it’s time to liberate Canada.

Having the Canadians invade us to prevent Trump or DeSantis from rolling back the Democrats crushing COVID tyranny is almost humorous.

Maybe this us the opportunity to reorganize Canadian and the US into two different countries. 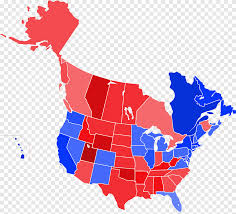 13 thoughts on “Is this supposed to frighten me?”