My thoughts on the guy who got ammo from Amazon

Miguel beat me to breaking this story, but since I have a different perspective on the topic I thought I’d post about it too.

To a lot of people, the idea that a guy got a box of ammo in his Amazon Prime shipment smells heavily of bullshit.  Not in the least to me because Federal Fusion is about $20 a box and what kind of prankster would give up $20 worth of ammo?

But debunking this story isn’t my intent.  I want to focus on this guys response and how it shows the caliber of man that he is (pun fully intended).

Start at the beginning. 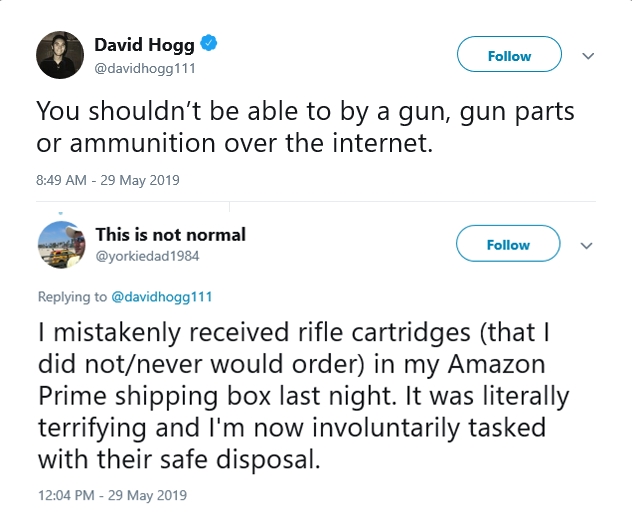 He was “literally terrified.”  By what?  Live ammo.  Ammo without a gun.  What is it going to do?  Assuming you are not a gun person, I can imagine annoyance is a valid response.  Maybe flummoxed.  But “literally terrified” is a hysterical reaction not justified by the facts of the case.

The “involuntarily tasked with their safe disposal” is histrionic, as though the entire pro-gun community has dumped on this poor soul the Herculean task of cleaning the Augean Stables.

Now to his thread. 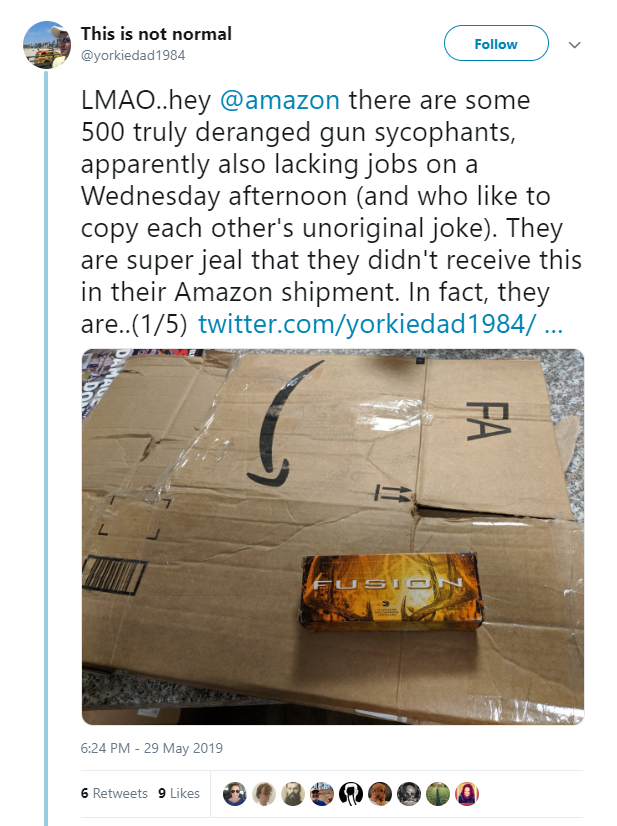 Ah yes, everybody calling bullshit on his bullshit story is a jobless gun sycophant and clearly some sort of mentally unhinged individual.  You know, those ammo-sexual types.

Makes me wonder what this guy’s job situation is that he can send the original tweet at noon on a Wednesday. 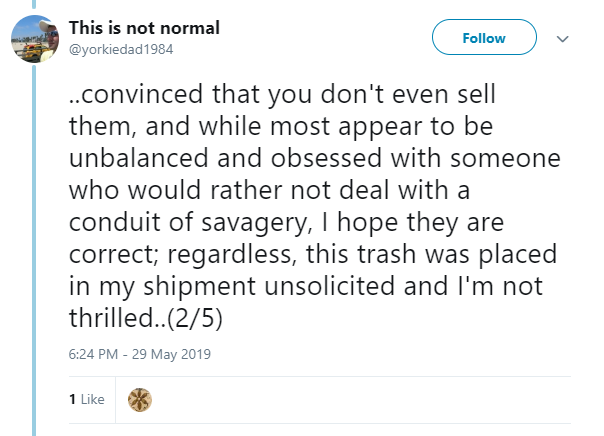 The people calling him on his bullshit are “unbalanced.”  Given that he was “literally terrified” by a box of ammo, it seems that this is projection.

Also, ammo is a “conduit of savagery.”  Spare me. 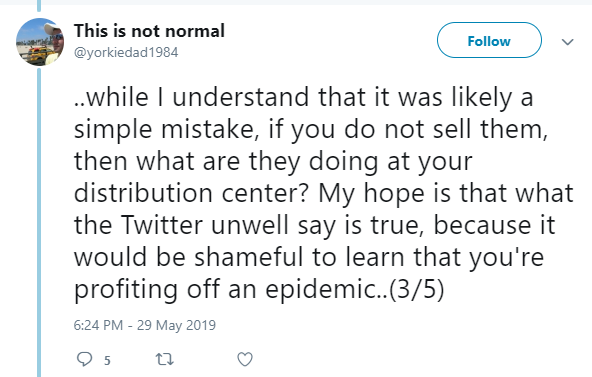 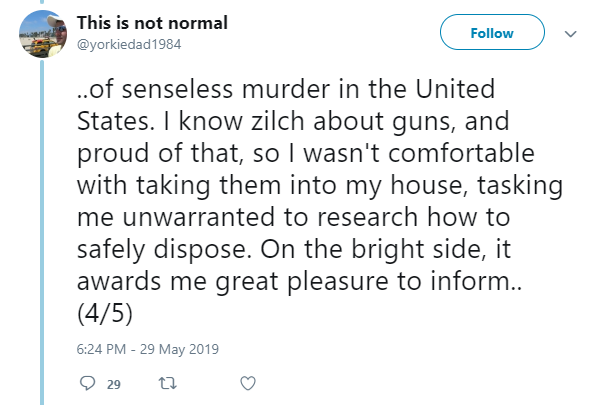 If, in fact, he did get this stuff in his Amazon shipment, it’s not anything that relates to “an epidemic of senseless murder.”  In most of the country, violent crime has gone down.  What we have seen is crime going up relating to drugs and gangs in some Democrat run urban areas, and mass shootings almost universally related to young men raised without fathers on ADD medication.

If Amazon is selling items that contribute to “an epidemic of senseless murder” it’s not ammo, but the items that enable absentee fatherism.

“I wasn’t comfortable with … unwarranted to [sic] research how to safely dispose.”  Oh God no, not the horror of having to learn something about guns and ammo.  His pure and virtuous mind has been polluted by gun crimethink.  He knows something about ammo and now all his Progressive friends will know that he knows something.  He has been made unclean. 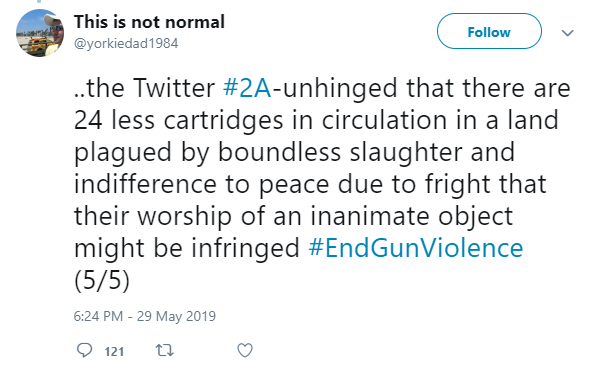 Horseshit.  There are 20 rounds in a box of Federal Fusion.  Either he can’t count or he is lying.  I’m guessing lying.

Also “in a land plagued by boundless slaughter and indifference to peace” is more bullshit.  Crime is down, and for the most part way down.  This is completely disconnected from reality and sounds like the hysterical rantings of the anti-gun activist who watched CNN school shooting coverage 24/7.

“Due to the fright that their worship of an inanimate object might be infringed.”  Pardon me or worrying about my civil liberties.

It’s not the law-abiding gun owners and Second Amendment supporters who are causing the “boundless violence” that only exists in limited places.

The gang members shooting each other in Chicago every weekend are not NRA members or gun rights advocates.  They are criminals and are not buying hunting ammo online for home delivery.

I’m chalking this thing up to a hoax stunt for attention, but the real takeaway is this guy’s pride in his ignorance and open disdain for law-abiding gun owners.  Its sick and sad at the same time.