Sometimes we prep so hard for the big stuff, we overlook the “simpler” and not-quite bleeding issues we can face. How about a small bleed that simply will not stop? I got caught by surprise and it was not fun feeling this dumb.

My mother is 86 years old and living with us as I may have mentioned before. she is not only diabetic but she is on blood thinners due to a prior TIA. Now, it was a matter of personal pride that our family would heal/clot “as fast as a dog” as the saying goes in Spanish.  But age, diabetes and medication came to play when mom accidentally scratched out a small wart or tag in her leg and it would not stop bleeding. It was not profusely but a constant trickle that even after normal treatment, it would come back. I went from frustrated to slightly worried and racking my brain what to do short of taking a trip to the doctor

After a long while (too long for my taste) from the back of my head came the memory of having some sort of small vial of clotting agent. rummaging around I found it and just applied the dust to the small wound. Voila! instant clotting. I put one of those huge 3 inch wide band aids and problem solved.

This is the clotting agent I used: QR Woundseal. 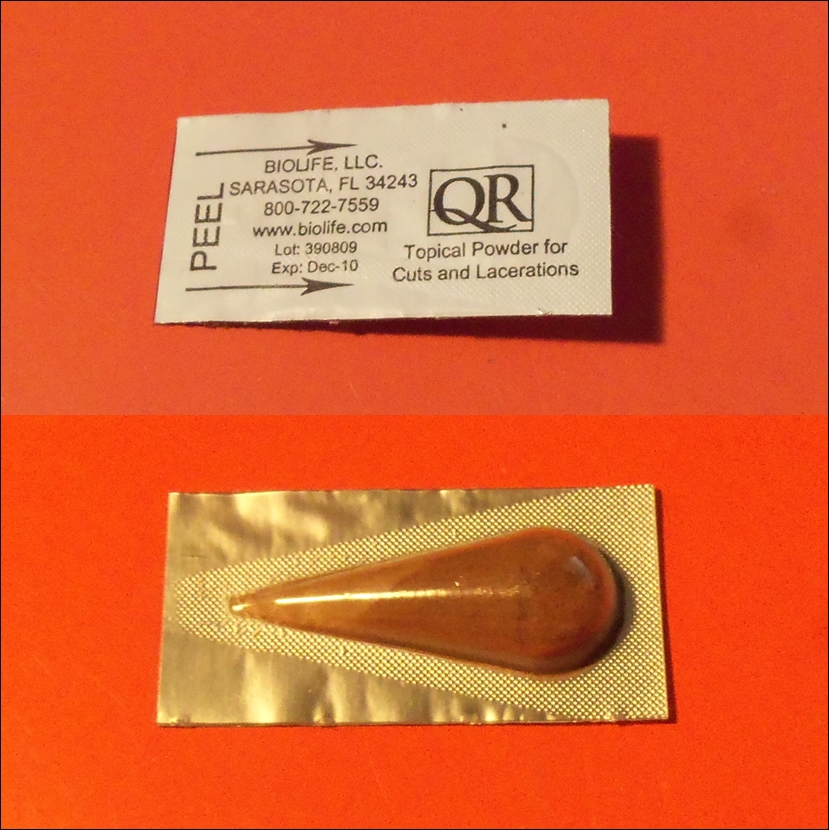 Sharp eyes will surely noticed the expiration date. I saw that myself after application. But since it worked and mom is puttering around normally and interrupting me every 5 minutes, I reckon it worked and I won’t give it too much of a thought.

Anyway, I went ahead and ordered several two gram bags of Celox to keep in the different First Aid kits (Not the Oh Shit! kits) and add some of the big ass band aids because sometime you don’t need the whole gauze and tape production thing to attend to a small wound and small band aids just suck.