Dogs.  Click on the link and check the second video.

MIAMI-DADE COUNTY, Fla. – A father of four and grandfather of five was viciously mauled by a pack of dogs while walking home Tuesday morning from a bus stop in northwest Miami-Dade.

The unnamed victim had just finished an overnight shift, his daughter said.
As the man walks west on the sidewalk, a surveillance camera from a neighboring market shows him turn around as one dog is approaching him. The dog leaps, knocks the man into the direction of oncoming traffic on Northwest 103rd Street and begins attacking him.

Same as with their equally vicious human counterparts, unless you get violent and inflict grave bodily harm, they will not stop. Fight, scream, roar, slash, shoot, hit, do whatever is required to survive. Look at the unprepared witness and “helpers.” One actually came out with a hot dog to distract the dogs according with the story. Really?

UPDATE:  Photo of the location and the dogs after the event. 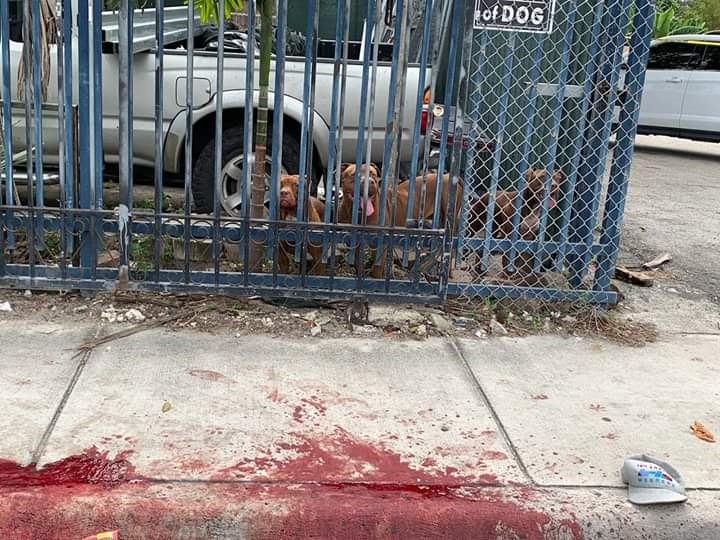