I went over to Everytown’s Facebook page looking for fodder to write about, thinking I’d cover the Ft. Lauderdale Airport shooting.

Everytown made a post about Love is Love, a comic/graphic novel about the Pulse Nightclub shooting. 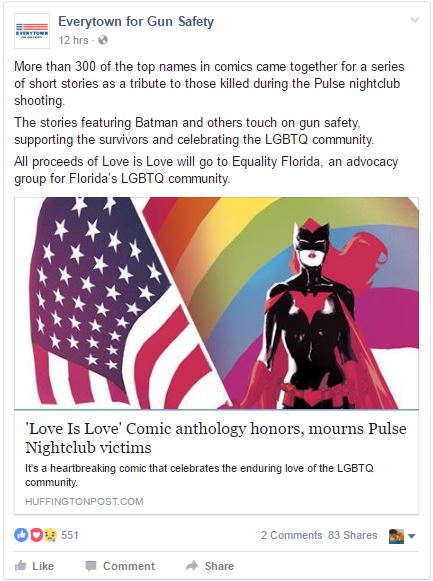 The article from HuffPo about Love is Love starts with the most bullshit sentence I’ve read this year.  We’re only 8 days into 2017 and I don’t know how the media is going to top this.

There’s no real answer as to why someone would walk into a gay nightclub and viciously slaughter 49 innocent people.

We know why Omar Mir Seddique Mateen shot up the Pulse Nightclub.  He pledged allegiance to ISIS, also known as the Islamic State of Iraq and Syria.  ISIS took responsibility for the attack.  ISIS had been publicly calling for attacks against soft targets in the West prior to the attack.  Police and the DOJ came to the conclusion that the attack had little to do with homophobia and everything to do with Islamic inspired terrorism.

From there, the article got worse.  Seriously.  This is picture straight from the comic. 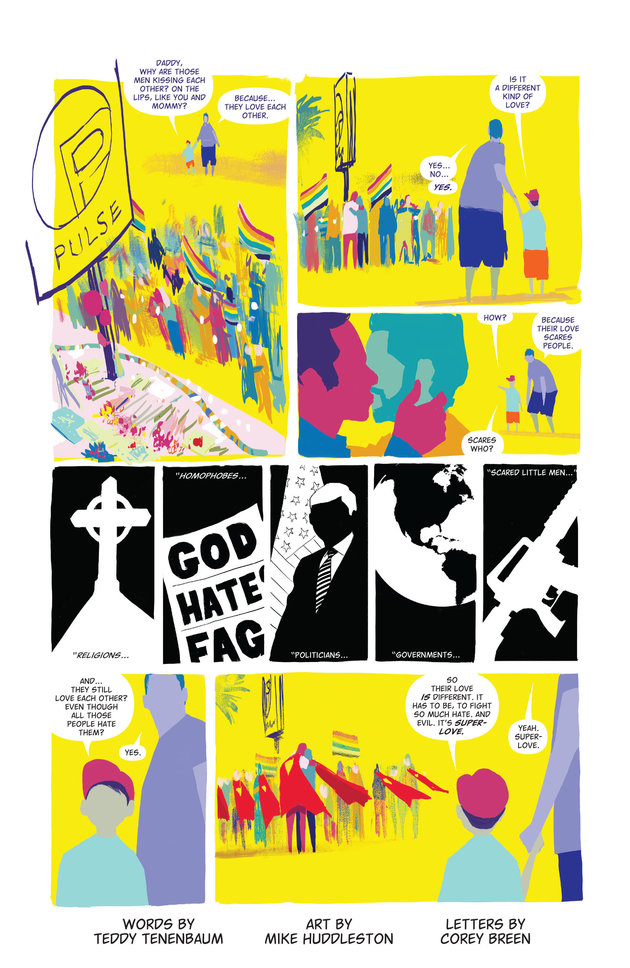 Holy ideological blindness Batman!!!  Let’s break down this fucking atrocity.  These three writers are saying that the Pulse shooting was the backlash against gay love.

Who do they blame?

A cross?  They show a CROSS!?!  This was ISLAMIC TERRORISM and they show a picture of a cross? 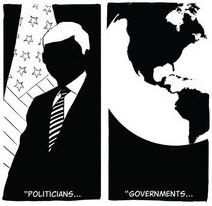 A man in a suit standing in front of the American flag (you know he’s supposed to be a Republican) next to the USA front and center.  The same USA which passed marriage equality a year before the Pulse shooting?  Why not show Iran, the world’s leader in state sponsored Islamic terrorism.  The same type of Islamic terrorism that claimed responsibility for the Pulse shooting.

Oh, gee.   A picture of an AR.  This is a PG rated gun owner dick joke, don’t kid yourself.  This is just petty.

This can’t get any worse.  It just can’t. 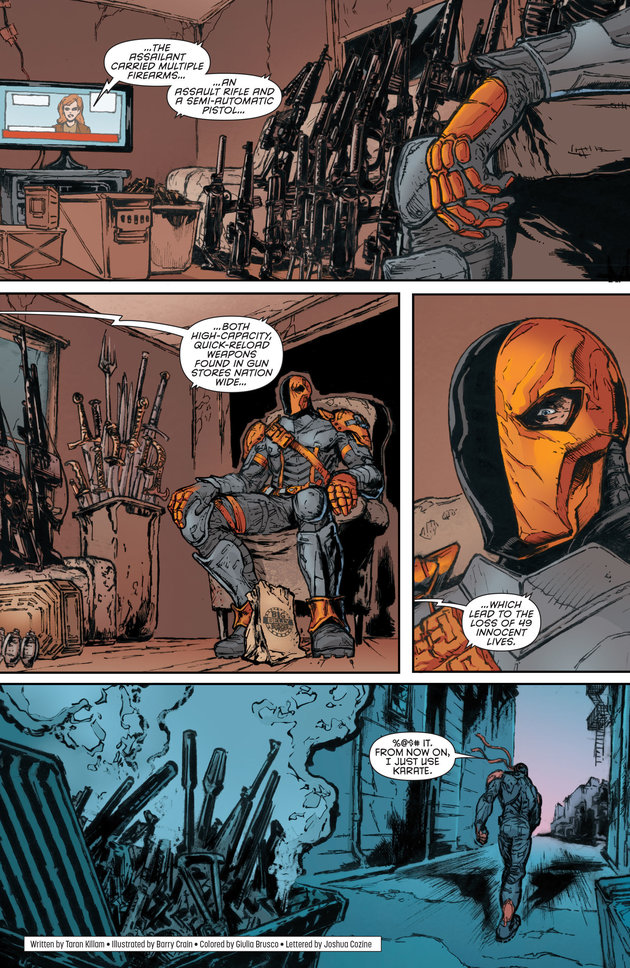 Apparently the Pulse shooting was so bad that it caused Deathstroke, the super villain assassin, to give up his guns.  I guess the message is that any American who keeps his guns after Pulse is worse than a super villain who let his own family get murdered and took out the Justice League single handed.

What utter completely fucking bullshit this comic, and all the praise surrounding it, is.  We know who the Pulse shooter was and why he carried it out.  We know that the nightclub was a soft target, attacked by a radical Muslim, inspired by a radical Islamic organization, to shock the conscience of the West.

This attack was no different in motivation than 9/11.

This comic wants us to forget all that.

Apparently IDW Publishing and DC Comics wants everybody to believe that the Pulse shooting was carried out by a straight, white, Christian man with a tiny dick and an NRA membership, who was enraged by the sight of two men kissing.

This is an act of unbelievable disinformation.  Rewriting the entire story of the Pulse shooting to fit a narrative in which law abiding, conservative gun owners are the enemy and fanatical Muslims aren’t.

This is as bad, as wrong, as bigoted as the idea that the Jews were responsible for 9/11. Except that this lie is being sold my a major media publisher.

This is evil, and Everytown supports it.

7 thoughts on “Pulse, Lies, and Slander”